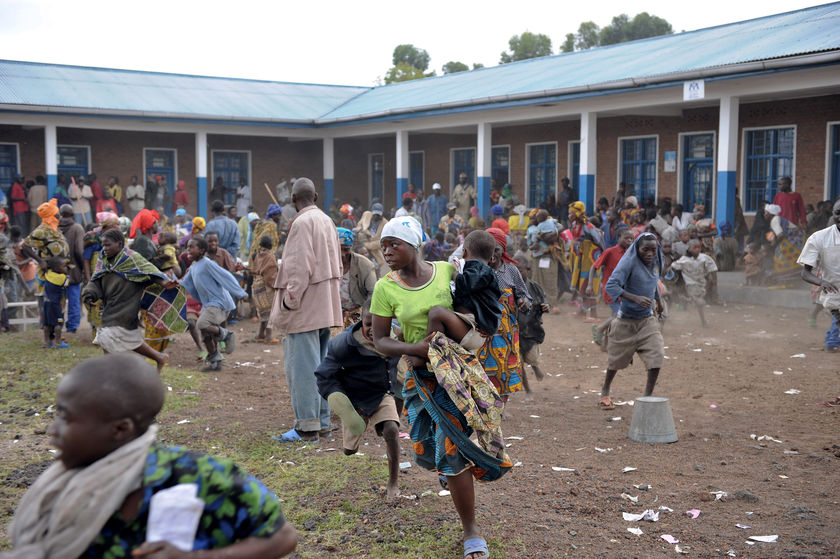 A report says wars are less deadly than they once were and national mortality rates have continued to decline, even during conflicts, due to smaller scale fighting and better healthcare.

The report by a Canada-based project sponsored by four European governments also dismissed a widely-cited figure of 5.4 million people killed in wars in the Democratic Republic of Congo as “far too high.”

The report, entitled “The Shrinking Costs of War”, offered no exact alternative figure but suggested the true toll could be less than half that.

“We believe that the costs of war, the deadliness of wars, the number of people getting killed per conflict per year, has gone down pretty dramatically,” project director Andrew Mack told a news conference at the United Nations.

Since 2000, the average conflict has killed 90 per cent fewer people each year than in the 1950s, said the Human Security Report Project at Vancouver’s Simon Fraser University.

In 2007, the average conflict killed fewer than 1,000 people as a direct result of violence, and there had been a 70 per cent decline in in the number of high-intensity conflicts since the end of the Cold War 20 years ago, it said.

The report noted that most deaths in wars result from hunger and disease but said improved healthcare in peacetime had cut death tolls even during wartime, as had stepped-up aid to people in war zones.

Researchers found that in 14 out of 18 sub-Saharan African countries that experienced medium to high intensity conflict between 1970 and 2007, the under-five mortality rate was lower at the end of the conflict than at the beginning.

In Congo, measles immunisation coverage stood at 20 per cent in 1998, the year the war there started, but by 2007 was at almost 80 per cent, the report said.

“No one … is suggesting that war causes mortality rates to decline,” it said. “The reality is simply that today’s armed conflicts rarely generate enough fatalities to reverse the long-term downward trend in peacetime mortality that has become the norm for most of the developing world.”

Mack acknowledged that Rwanda, where extremist Hutus killed some 800,000 Tutsis and moderate Hutus in 1994, was an exception.