one of my greater enjoyments is movies.

There are a number of ways to watch a movie, I won’t list them and if you think about it you can figure out the various perspectives.

I watch movies from the director’s perspective.

Movies, like anything else, can have positive and negative impact.

Books are like movies except that the screen is your mind.

Life is a movie and… I mean that in a very real way.

That might be the main reason that I enjoy movies (good movies). I’ve even gotten detailed opinions from people who haven’t seen the film.

Those are my favorites.

I get these kinds of opinions on just about everything as time goes by.

I even get them about my own life, from people who haven’t lived it and know little or nothing at all about it.

There’s not much you can say in response to things like that.

Perhaps I should say that it’s not something you should respond to because it’s not likely to resolve itself in a useful way.

Regardless of everyone and anyone’s opinion about Avatar, I thought it was a remarkable effort.

It was outstanding in two ways in particular; the cinematography and the plot… or message as you prefer.

Film is a limited medium.

There are all kinds of wrong directions you can go in and lose your audience.

Catering to any particular level of intelligence can confuse or dissatisfy another.

This isn’t about Avatar specifically or The Hurt Locker.

It’s about the subtext and also has to do with my days of recent travel in which I watched Fox News for a few hours at my hotel one evening.

I saw The Hurt Locker and when I heard it was nominated, I was quite surprised.

I only watched it because I saw that Guy Pearce was in it but he left early on.

I found it to be forgettable.

I actually can’t remember much about it

…what I do remember seems like they wanted to personalize those engaged in warfare. 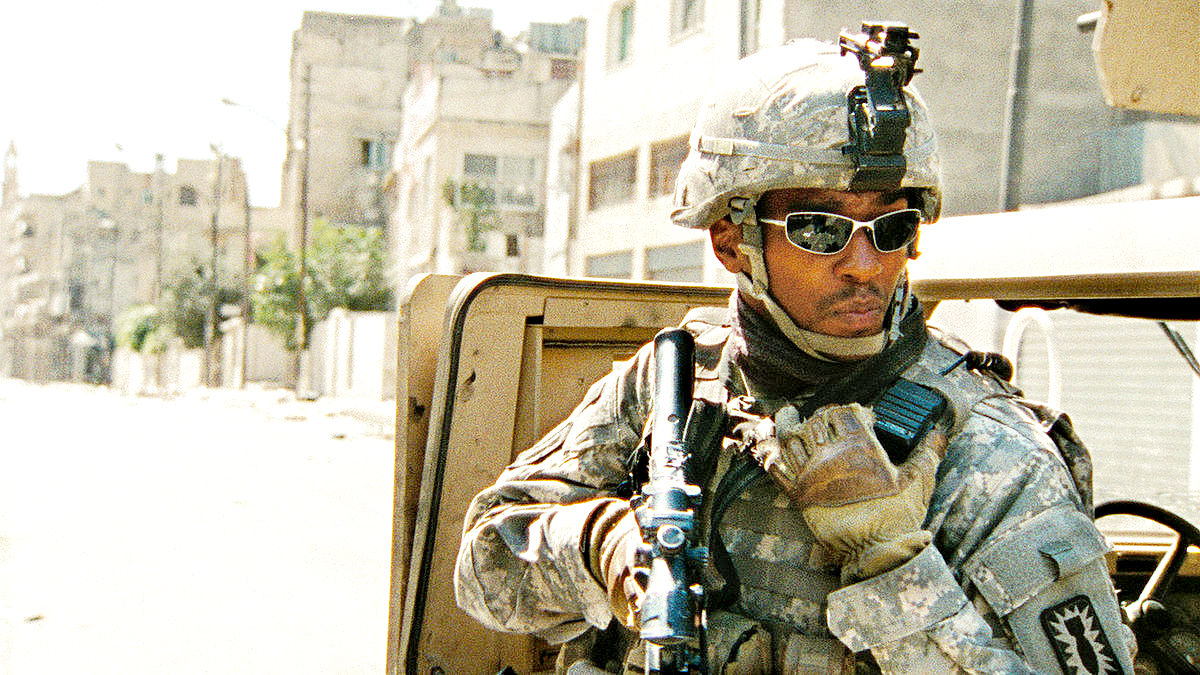 One thing is clear in my mind, The Hurt Locker in no way compares with Avatar in any category I can think of.

It is interesting to note that the lady who made The Hurt Locker is James Cameron’s ex-wife.

I heard that on Fox News so it might not be true (grin).

I’ve come to a certain conclusion which was already a foregone conclusion and that is a concerted effort is at work to control the public’s perspective.

I watched Fox News and I hadn’t seen any Fox News for around ten years, except for the occasional Youtube.

The first thing I noticed was that they had upped their game.

The tabloid format was slicker.

– some kind of neo-con, Girls Gone Wild motif that I guess the marketing division told them would be good for business.

Looking at them, I calculated that they must spray at least ten different chemicals over their bodies each day and then put on their makeup with a spackle knife.

Now they’ve got these features that appear at regular intervals called ‘Real Americans’ along with other categories that I don’t remember.

The Real Americans all seem to be connected to the military or the police and they tell, ‘dead buddy’ stories about the horrors of combat which they have been engaged in.

These real Americans get serious and misty eyed as they talk about their ordeals and the loss of their fellows.

Avatar gives a really good look at the personalities and objectives of these Real Americans as well as the corporate interests that finance them.

At some point, in the not too distant past, control of the American military shifted into the hands of the corporations.

It’s obvious that neo-con Hollywood did not like what James Cameron was projecting about the American Way. 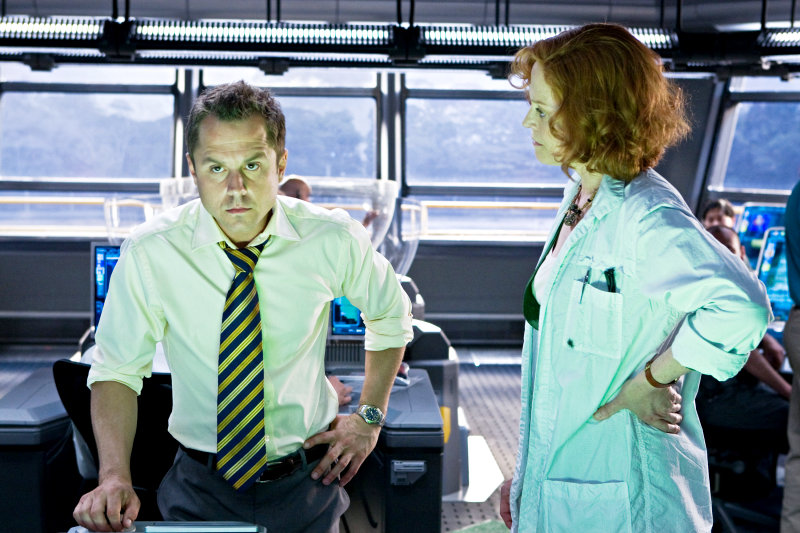 So they got into a huddle somewhere over the last year and decided to press for support for The Hurt Locker which shows American soldiers doing a hard and necessary job, eliminating the citizens of foreign lands on whose soil they have no business being.

… or so it seemed to me – and they gave him a brace of bunnies to Nod Well as he bloviates into the overblown caricature of himself that is his trademark.

The big deal of the day, that I was watching, was to discredit the Obama health care initiative in favor of the AMA Pharmaceutical combine and the insurance companies.

America is not set up to embrace programs that, across the board, help the average American.

America is set up to provide an environment where the corporations can maximize profit at the expense of average Americans and where wealth provides a wall of protection against all of the problems created by disparities in wealth.

I felt like I had to watch Fox News for awhile so that I could get a feel for what they are up to.

I could only take it for so long.

It was fascinating to watch everyone lying without any deviation.

Surely they know they are lying?

Maybe they just want you to believe it’s true and maybe if they say it over and over most people will.

Some reptile from the New York Post came on and was whining about the civilian trials for the alleged 9/11 masterminds.

At one point he said, “They’ve all confessed, it’s a done deal” and then he went on about the need for military tribunals.

You know why that is, right?

Those aren’t public are they?

You also get a jury trial in a civilian court but not at a military tribunal where they also allow secret evidence, I believe. 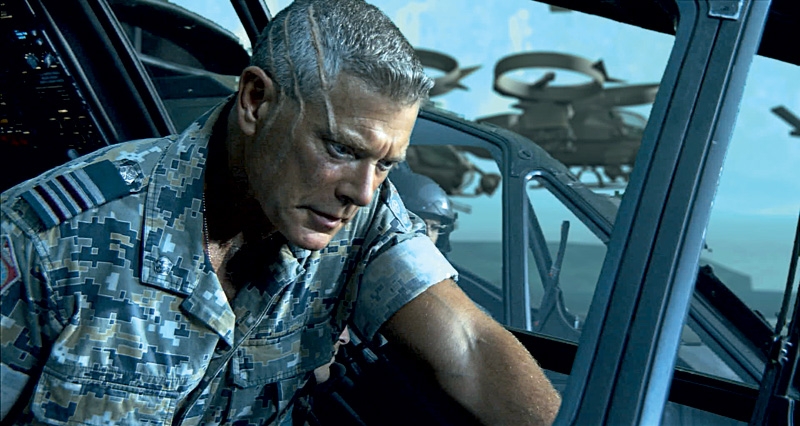 When I saw The Hurt Locker I must not have seen much of anything because I can’t remember it.

Maybe I should have gone back and seen it again before I wrote this but I didn’t feel like it.

You can be sure it’s going to gross a lot more now.

I got a lot of insight into the generic American mind by watching Fox News.

I could see how the day after day, relentless brain washing must take its toll.

It’s tragic to see America melt down into a festering soup of ignorance and appetite but most likely that’s where it was headed all along.

It’s long been about the preeminence of materialism.

Even the house religion is just another kind of department store.

It’s on its way to looking like a bombed out strip mall and makes “Escape from New York” a prophetic kind of a film.

For all I know, the PTB knew The Apocalypse was coming and they knew about the awakening and revealing that attends it and Fox News and all the rest of it were engineered to militate against revelation and awakening.

The news announcers kept repeating over and over about how they had no agenda and only presented the facts.

They said they let the viewer decide what’s real and what’s not.

They kept saying this in different ways.

I’m not sure I transmitted my point as effectively as I might have.

Hopefully the reader gets what I’m trying to say.

I’ll leave that for you to decide.

Cutter Charges In The North Tower Of The World Trade Center

Thu Mar 11 , 2010
Small explosive ejections focused on a corner column of WTC1 (The North Tower of the World Trade Center) are evidence of cutter charges used to cut the corner columns. One of these occurs at the 98th floor at the onset of the demolition of the building. The other occurs lower […]