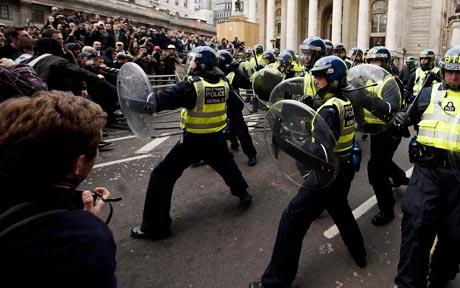 As nations of the world are thrown into a debt crisis, the likes of which have never been seen before, harsh fiscal ‘austerity’ measures will be undertaken in a flawed attempt to service the debts.

The result will be the elimination of the middle class.

When the middle class is absorbed into the labour class – the lower class – and lose their social, political, and economic foundations, they will riot, rebel, and revolt.