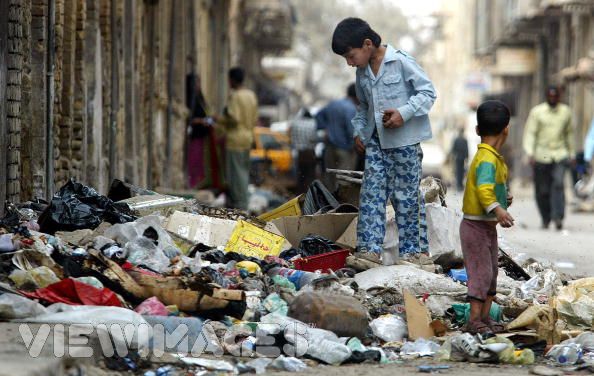 Millions of Iraqis exist below the poverty line in a country which floats on oil and earned more than $60 billion from oil sales last year, said Mahdi Muhsen, the director of the Central Organization for Statistics and Information Technology.

Muhsen said one fourth of Iraq’s nearly 30 million people live below the poverty line and that unemployment rates could hit 30% in some provinces.

Muhsen made the remarks as his organization gears toward national census scheduled for November 24 this year.

The poverty line for a single adult is 77,000 dinars per month, that is approximately $60.

This means that at least 7 million Iraqis will have to make ends meet on two U.S. dollars a day.

“Half the population of Iraq live in abject poverty,” he said.

He said some impoverished provinces, like Muthanna in the south, suffered more than others.