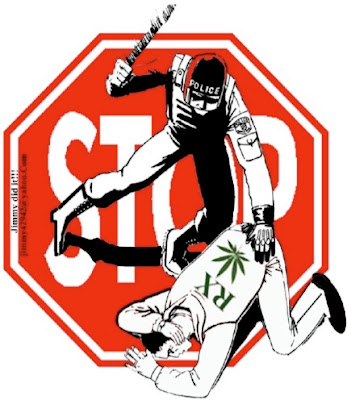 Cannabis now four times stronger
A secret police study involving scientists growing crops of cannabis has revealed New Zealand now has super-strength strains of the drug. In May last year, Sunday News revealed police and Environmental Science and Research (ESR) used sophisticated hydroponic equipment to complete three cannabis growing cycles, nursing six plants at a time, 18 in total, to maturity. The findings of the study, to be published in Forensic Science International, and released exclusively to Sunday News earlier this week, revealed the drug is now more than four times stronger than it was when ESR last tested it in 1996. The THC level – the primary intoxicant – varied between 4.35% and 25.3% during the study completed under Ministry of Health licence between 2004 and 2006.

In the wake of the SOG raids using new asset seizure powers sold to NZers as aimed at ‘da gangs’ which have lowered the evidential threshold from beyond reasonable doubt to a mere balance of probabilities, and after such a huge turn out at Saturdays JDay, the Police are under a lot of pressure to publicly justify prohibition, and lo and behold they have this bullshit study re the potency of weed.
Read full article here:
https://tumeke.blogspot.com/2010/05/reefer-madness-2010-police-lie-about.html