In the three weeks since the April 20th explosion and sinking of the Deepwater Horizon oil rig in the Gulf of Mexico,

and the start of the subsequent massive

many attempts have been made to contain and control the scale of the environmental disaster. 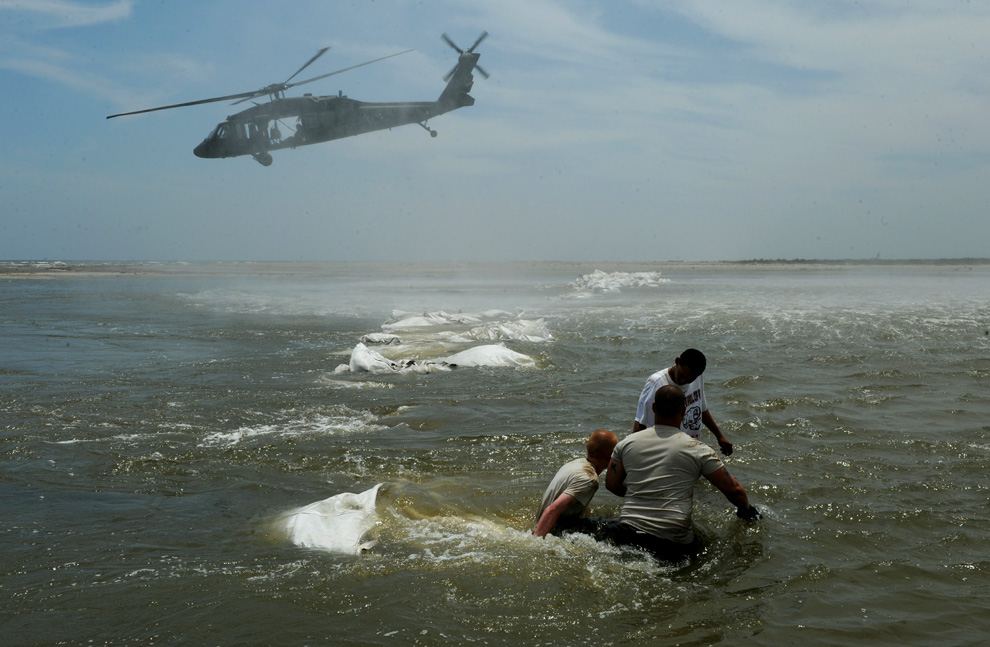 and devices are being lowered to the sea floor to try and cap the leaks,

with little success to date.

While tracking the volume of the continued flow of oil is difficult,

continues to pour into the gulf every day.

While visible damage to shorelines has been minimal to date as the oil has spread slowly,

the scene remains, in the words of President Obama,

[ This shitty and potentially unprecedented environmental disaster was brought to you by : ]

Sun May 16 , 2010
Fighting now in ratchaprarop. Army saw me filming and called my apartment to tell me to stop.