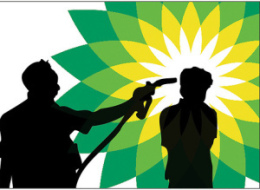 As you are hopefully well aware, BP has been doing its level best to interfere with reporters in the Gulf Coast region to keep them from reporting on what’s actually going on down there as clean-up efforts continue.

BP has been striving to keep reporters away from affected areas, put the kibosh on images of the destruction done to area wildlife, hassle local reporters and run off area activists. It has also gone as far as dispatching its own PR staff to masquerade as journalists and report the happy side of this epic disaster. Yes, National Incident Commander Thad Allen has ordered BP to stop preventing media access. Yes, media professionals are still seeking help from the administration to curb BP’s clampdown.

Thu Jul 1 , 2010
Good Penny turns up Rebecca Blithe The Aucklander February 2009 Cover Story: “You CAN fight City Hall”. She’s been arrested 22 times, often at the council chambers. So why is Penny Bright receiving a good citizen award? Rebecca Blithe talks to Auckland’s relentless radical. She is relentless, radical and has […]