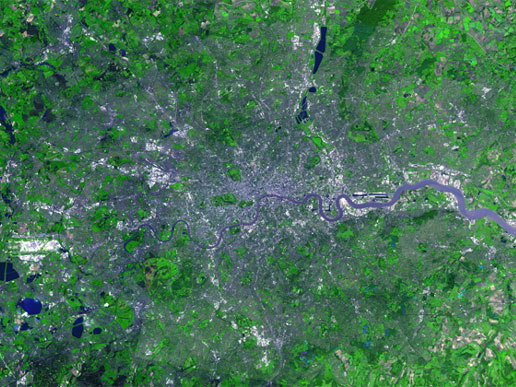 The forthcoming “Debunking the War on Terror” symposium in London brings together four of the most outspoken and eloquent challengers to the Zio-American imperial order that has emerged post-September 11th. While most of the left and antiwar movements have chosen to remain “loyal opposition,” each of these four individuals has gone one step further, by challenging the very roots of the mainstream Western consensus and accepting the physical, professional or intellectual exile that ensues. If the consensus is starting to shift, it is due in large part to such bold challenges as these.

Kenneth O’Keefe, the symposium’s Master of Ceremonies, renounced his US citizenship and left the USA after the events of September 11th and the ensuing US wars of aggression. He organized the human shield project, an attempt to prevent Bush’s attack on Iraq by placing US and European volunteers beside likely bombing targets. More recently, he has gained broad media exposure for his defense of the humanitarian aid ship the Mavi Marmara–he was “directly involved in disarming two Israeli commandos” on that ship–and subsequent brutalization by Israeli authorities.

Gilad Atzmon, who will be speaking on “From Promised Land to Promised Planet: Zionism and Neoconservatism,” is an outspoken opponent of Zionism and highly critical voice of Jewish identity politics. An Israeli-born British jazz saxophonist, his album “Exile” was the BBC’s “jazz album of the year” in 2003. He is also an acclaimed novelist and political essayist whose views on Zionism, empire and resistance provocatively challenge the boundaries of what passes for polite Western discourse.

Dr. Kevin Barrett, one of America’s best-known critics of the “war on terror,” has been blacklisted by the University of Wisconsin since 2007 due to his political views. A Ph.D. Arabist-Islamologist, he is the author of Truth Jihad: My Epic Struggle Against the 9/11 Big Lie (2007) and of Questioning the War on Terror (2009/2010) as well as the lead editor (with theologian John Cobb and Jewish Studies professor Sandra Lubarsky) of9/11 & American Empire Vol. II: Christians, Jews, and Muslims Speak Out (2007; Arabic version 2009). He will address, “Islam, Neoconservatism, and the Unwarranted ‘War on Terror'”.

Dr. James Fetzer, Distinguished McKnight Professor Emeritus at the University of Minnesota Duluth, is the founder of Scholars for 9/11 Truth, a non-partisan association of faculty, students, and scholars, in fields as diverse as history, science, military affairs, psychology, and philosophy, dedicated to exposing falsehoods and to revealing truths behind 9/11. Scholars was the first 9/11 research society to make an impact on public discussion about the events of 9/11. The Scholars’ first book, The 9/11 Conspiracy(2007) and DVD, The Science and Politics of 9/11 (2007), provide evidence of a conspiracy and cover-up, which was designed and executed to manipulate the American people into supporting illegal wars and unconstitutional measures out of the fear those atrocities induced. He will address, “Are wars in Iraq and Afghanistan justified by 9/11?”

Please come and participate and forward to all:

Participants will analyze three different rationales that have been advanced to justify wars of aggression in Iraq and Afghanistan to ascertain whether they are true or false.

The event will be held in The Large Meeting Hall of Friends House, 173 Euston Road, London.  Friends House is on the south side of Euston Road directly opposite Euston Station (BR main line, Victoria and Northern underground lines).  The doors will open at 6 PM.  Admission is £5 on the door.

For more information, visit https://rediscover911.com/DWT/DebunkingWT.htm.  You may also contact Declan and Lola Heavey dheavy@gmail.com, in London.

Sheep For Slaughter : Is The Elite Really Trying To KILL Us?

Mon Jul 5 , 2010
There has been much in the mainstream news recently about population control. In fact, there seems to be a concerted effort by the Elite to introduce the idea as a legitimate debate about dealing with the “problem” of over-population. It appears the elite are trying to legitimize these claims using the […]