Lawrence Davidson considers the problems of private realities – the fact that

& the fact that “most individual realities are …

the artificial creations of a manipulated information environment brought to us by way of the government & its allied media”.

[ This is Karl Rove.

He’s an asshole who figured that he could ‘create his own reality’.

have had their lives ruined

– because deluded pricks like him just wanted to ‘create his own reality’.

– start to affect their own community ]

There is a postmodern position that states “reality is a social construct”.

In other words, individuals and groups have their own realities and, according to the postmodernists, one reality is as true as another.

Certainly, there is more than one way to interpret things.

It is because individuals see the world differently and, at least in the American cultural milieu,

have such trouble reconciling those views,

that US divorce rates run at about 50 per cent.

in an effort to disprove the postmodernist assertion that all realities are equal.

Thus, we see the competition among groups to assert the reality of the powerful as triumphantly more real than all rivals.

It is hard to argue with the notion that there are many social, cultural and political “constructs”,

each a product of its place and time. 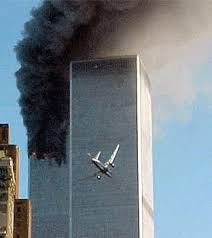 However, the notion that all realities are equal can quickly take us into a kind of theatre of the absurd.

If you want to see what this looks like,