Most hot wars of recent memory, little and big,

have been resolved or nudged into remission through what is called a power-sharing agreement. 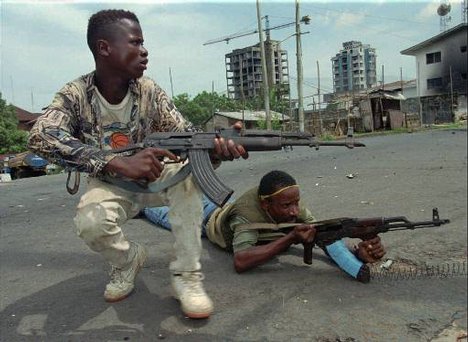 The big men from most or all of the warring parties

– and war is basically a guy thing, in case you hadn’t noticed –

shoulder in to the negotiating table and carve up a country’s or region’s military,

Then they proclaim the resulting deal “peace.”

But as I learned firsthand as an aid worker in one so-called post-conflict country after another,

when the men in power stop shooting at each other,

they often escalate the war against civilians – especially women and girls.

It seems to be hard for men to switch off violence,

once they’ve gotten the hang of it.

Fri Jan 14 , 2011
Banks repossessed a record one million US homes in 2010, and could surpass that number this year, figures show. Foreclosure tracker RealtyTrac said about five million homeowners were at least two months behind on their mortgage payments. Read the rest here