There has been a fresh round of articles appearing recently concerning world population,

suggesting that journalists may have grown tired finally of writing / worrying / bullshitting about climate change.

Indeed, Google Trends indicates that articles on population growth have doubled since 2008.

Apparently, 2011 is the year the planet is expected to reach a human population of 7 billion.

It seems that every time we are approaching some population milestone,

out come the doomsayers and the procreate-at-all-costers

– usually full of vitriol towards each other.

So now we needn’t worry about how we’re all going to die from shovelling that global warming off our driveways,

from sharing the food / water / air

with too many other people. 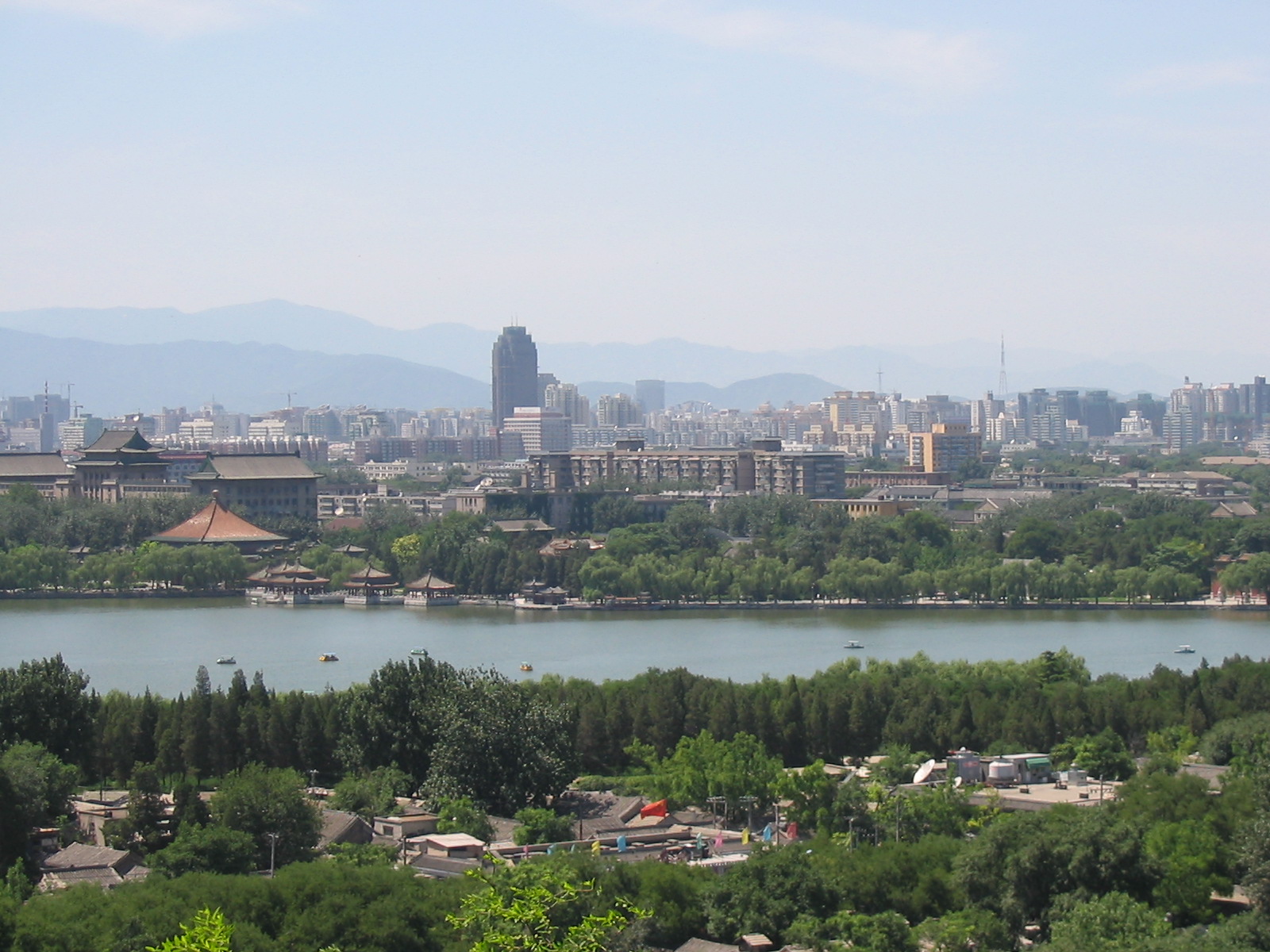 – it seems they’ve learned a new term they can overuse.

Now, it’s quite reasonable to say that overpopulation will not be a good thing;

but weren’t we told we reached that point a few billion people ago ?

If you haven’t noticed,

the Earth is pretty big.

But there really isn’t a whole lot of it suitable for human habitation.

And even less of it that’s willing to provide us with a sufficient living,

especially if we keep on having babies.

So there is every reason to believe that at some point,

we will begin to exhaust our ability to survive.

If the scientists are right about carrying capacity,

But are they right?

Let me provide an analogous story about what ‘carrying capacity’ means.

From an environmental perspective,

it refers to the ability of the land to provide for the survival of a species.

Most studies regarding carrying capacity relate to animals,

that some interfering bureaucracy believes can only survive with our intervention.

‘Cuz we’ve done such a fine job in the past.

I live in a rural part of Canada,

not far from London 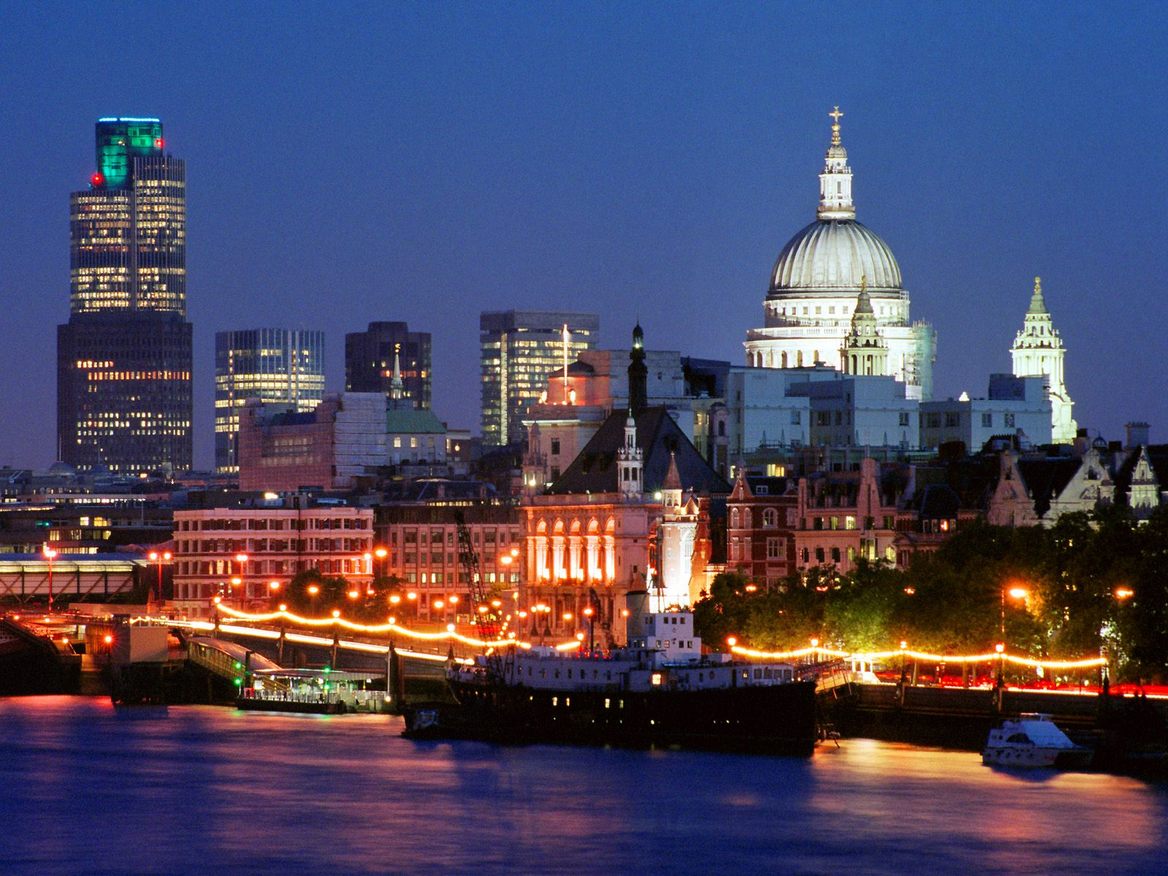 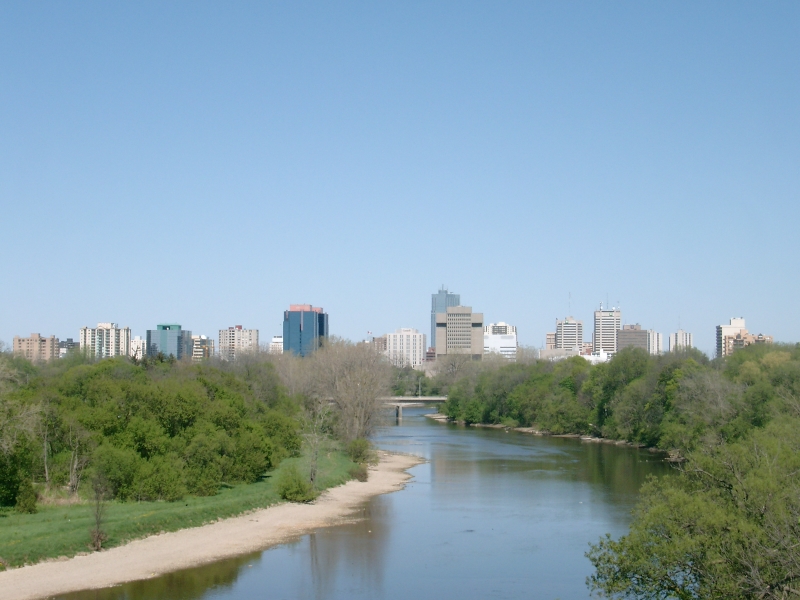 And in this London is an area that everyone,

accepts to be environmentally sensitive.

that butt right up to the edge of Sifton Bog.

Gotta love that tax base.

Here’s where the problem arises:

These well-heeled homeowners were soon horrified to realize

that the lots they purchased with the advertised promise of nature in their backyards,

actually meant nature in their backyards.

– mostly of the kinds that deer find particularly tasty.

So they took their complaints to City Hall who, in a triumph of ratepayer empathy,

arranged for a number of surveys and studies to determine if there were really too many deer in the bog.

If there were, then they could stand up on their hind hooves and call for something to be done.

Apparently, it is beyond the carrying capacity of the bureaucratic brain to understand that if there were insufficient food or space,

the deer would have packed their bags and left long ago.

So a dozen years later,

after numerous further studies and protests to City Council by both sides,

the deer are still there munching away.

the Ministry of Natural Resources – who is responsible for deer management

(not that the deer have agreed to this, mind you)

– conducted a study and proved, beyond any doubt, that Sifton Bog has a carrying capacity of no more than two deer.

It seems to have been lost entirely that the Bog is most often home to 55-75 deer.

So much for scientific ‘carrying capacity’ studies.

One side calls for the protection of the deer;

the other calls for a cull

Again, missed entirely in this debate is the fact that the Bog regularly provides sufficient food for 55-75 deer.

– and here’s the really important part –

they aren’t always the same deer. 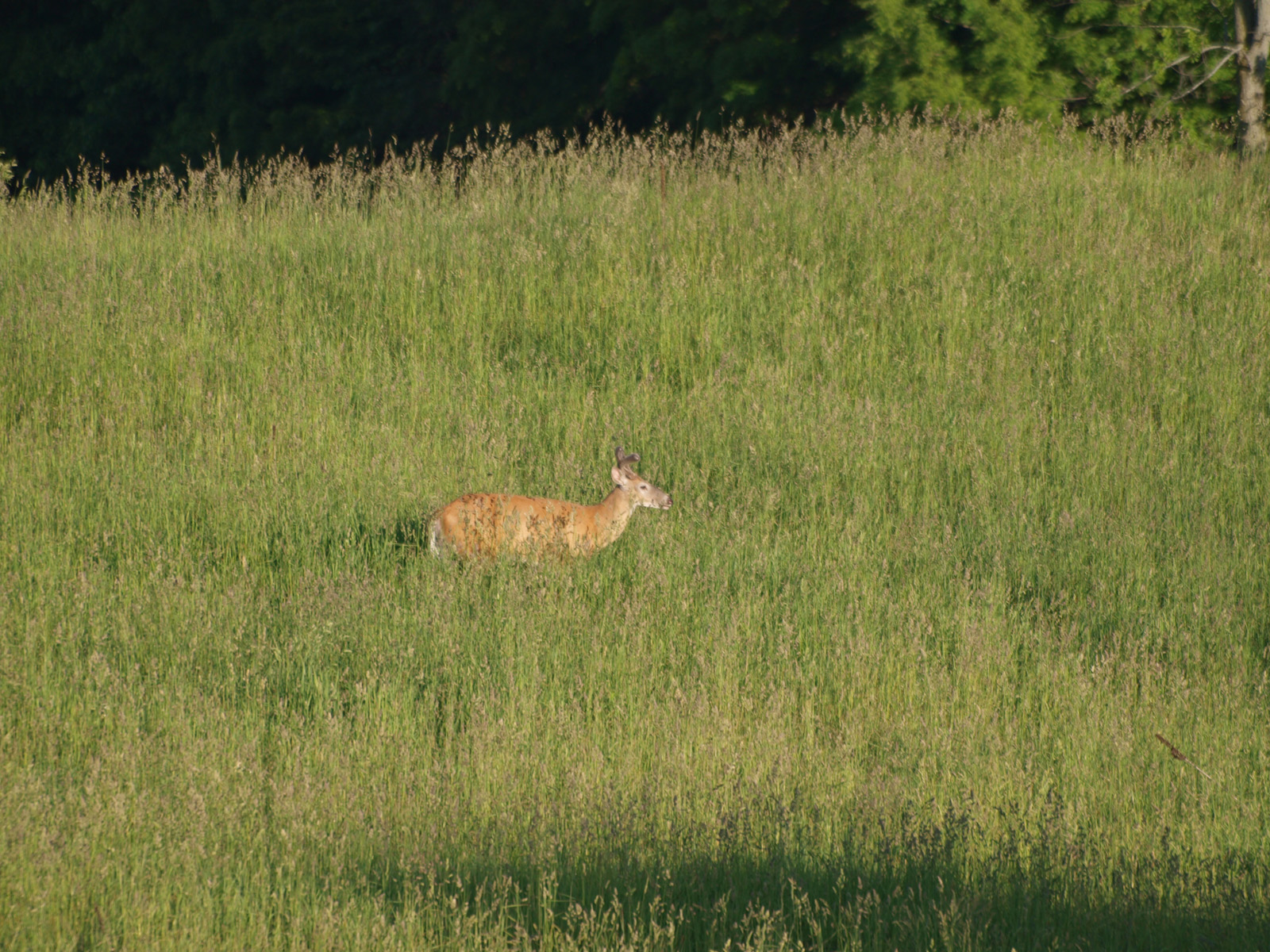 The Bog is situated in the drainage basin of a large river and deer are highly mobile critters.

So even if a bunch of them were dragged kicking and screaming away from their buffet,

some of their friends and relatives would fill the gap within a very short time.

It’s a deer-human battle those homeowners could not win unless the City agreed to pave over the entire Bog.

I tell this story not to compare deer to people,

but to raise the point that all our studies about population growth fundamentally fail to compare apples and apples.

Thomas Malthus projected that population growth would always exceed the ability of the planet to provide enough food.

Frankly, he missed the point as well.

Although there is obviously some theoretical population point at which we won’t have the ability to feed additional people,

the more immediate problem lies with the distribution of food.

– the problem is that far too many people are getting seconds before far too many others have even had firsts.

are those who already enjoy the lion’s share of the pie.

It follows that they are concerned about how overpopulation might affect them personally.

They never speak of trying to curb population growth in Canada or Britain,

for instance – it is always growth in the underdeveloped countries that must be curtailed.

[ Yeah and who gets to choose who gets ‘curtailed’, again ? ]

It is quite unlikely that most Westerners give a damn about overcrowded Third World squalor,

so long as it stays over there.

even of the do-gooders who make it their mission to help alleviate the squalor.

Until such time as the poor of the world rise up to take what they need,

the well off will continue to live in splendour,

or at least comfort.

Note that the calls for population control invariably come from those with the most to lose.

Absent a revolution of some kind and a revaluation of human morals,

the well-off will take every necessary measure to stay comfy. 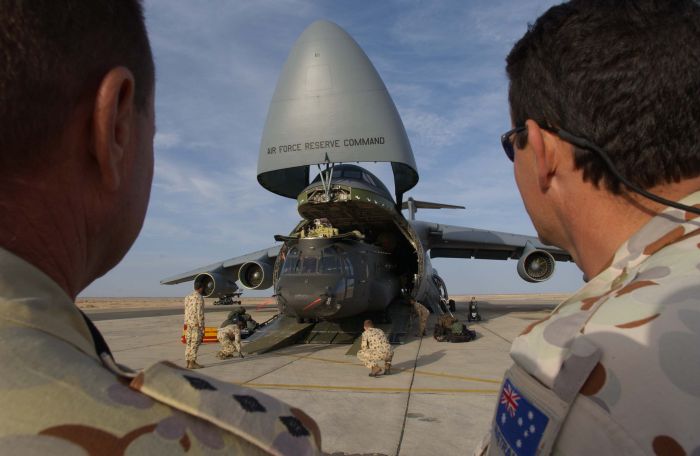 Humans do at least have the benefit of tragedy to help keep our numbers in check:

do an admirable job of doing in a bunch of us every year.

Although not alone in the population control biz,

America deserves special praise for its annual efforts to reduce our numbers. [ US forces using white phosphorous on the town of Fallujah, Iraq ]

It really is coincidental that they seem to focus their work on largely defensive brown people,

but at least it helps the rest of us have more space to stand.

If we really want to clear out some space,

we could begin by eliminating the fatties.

That would open a lot of room in the United States and,

to a lesser but still significant degree,

And the space freed up would be prime real estate

where some of the chronically disadvantaged could make a new start for themselves.

carries an article about population growth

and they pose the interesting question of just what 7 billion people looks like.

According to their estimates, if you took 7 billion people and stood them up shoulder-to-shoulder,

they’d fill a space about the size of Los Angeles.

That is leaving aside, of course, that no one in his or her right mind would ever want to live in, 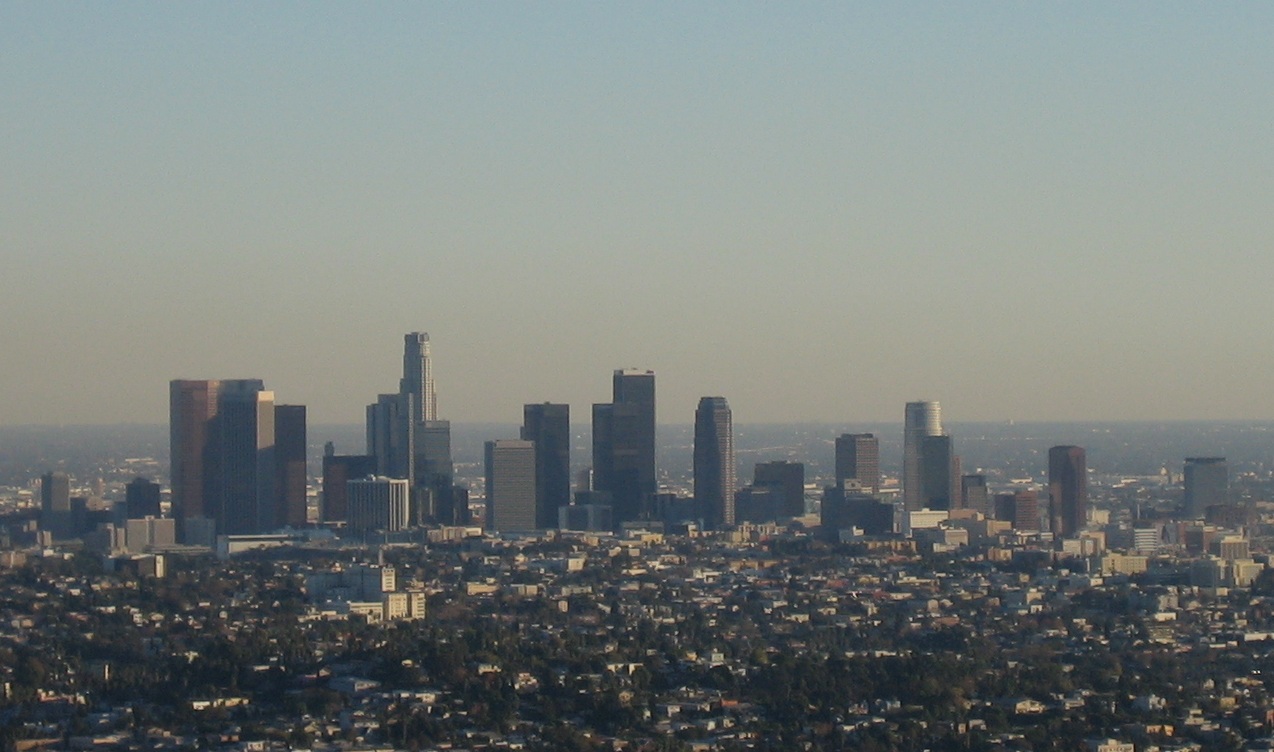 Our problem with population is not that there is too much of it,

The biggest challenge for us is to develop a system where the world’s bounty can be shared more equitably.

– but they shouldn’t get bigger pieces if others have no pie at all.

It is a mistake to assume that Third World people have loads of babies because they don’t know what the hell they’re doing.

Mostly, it is a survival mechanism because they know that mortality is extremely high.

In most of those societies,

and it is necessary to have enough children to survive to adulthood in order to guarantee the survival of the community.

If it wasn’t such a struggle for them to ensure that they see the next day,

it is quite likely their rates of birth would reduce.

That can be easily accomplished by sharing some of the bounty of the highly productive parts of the Earth with them.

It isn’t their fault, for example, that: they have erratic rainfall,

or disease and pestilence,

But they need food,

and an opportunity to catch up with the rest of us.

We’ve got the food, and there is no humane reason that we can’t share it.

So eliminating some of the fatties serves a dual purpose:

It will free up space,

and it will free up food

– both in quantities larger than most Third World peasants could even imagine.

Paul Richard Harris is an Axis of Logic editor and columnist, based in Canada.

He can be reached at paul@axisoflogic.com

Sat Jan 15 , 2011
[youtube]lUpZhhbKUBo[/youtube] Film producer Aaron Russo set out on a journey to find the law that requires American citizens to pay income tax This film which is neither left, nor right-wing is a startling examination of government. It exposes the systematic erosion of civil liberties in America since 1913 when the […]