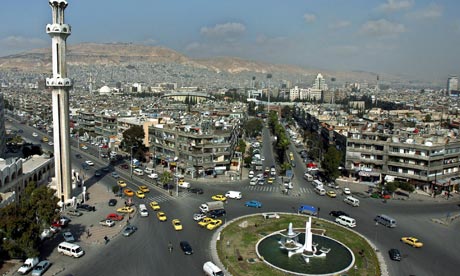 The stage has been set and the show is underway,

but without a U.N. resolution to justify their aggression, will the West get it’s grand finale?

the lame stream media is more than happy to tell us about the very real violence that is taking place,

but they neglect to tell us who is really behind it.

They told us that the Libyan leader, Muammar Gaddafi, was strafing innocent “protesters” with helicopters,

but now we know he was fighting armed groups in league with Al Qaeda and the West.

Now we find it’s more of the same in Syria.

The violence is real,

but who’s behind it?

I bet you can guess…

Wed Feb 8 , 2012
American Jews should start noticing that an astonishing number of Israel’s top soldiers and spies are warning against bombing Iran. It began last summer, when Meir Dagan, fresh from a highly successful, eight-year stint as head of the Mossad, called attacking Iran “the stupidest thing I have ever heard.” He […]