.
I stopped regarding CNN as a source of credible information back in 2004

after emotionally realising that I was being lied to a scale that I hadn’t previously imagined.

With everything going on in the world,

it’s interesting to do a retrospective monthly review

over the last month

as an ongoing indicator

of what CNN believes to be

that I should be knowing about. 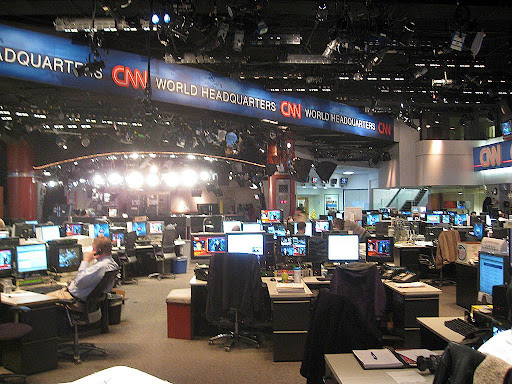 that have appeared in my email inbox

since this year began.

They are listed here verbatim – without omission

A U.N. Security Council draft resolution intended to pressure Syria to end its months-long crackdown on anti-government demonstrators failed on Saturday after China and Russia voted against it.

U.S. employers stepped up their hiring in January, bringing the unemployment rate down for the fifth month in a row.

In a marathon showdown between the top two tennis players in the world, Novak Djokovic defeated Rafael Nadal 5-7, 6-4, 6-2, 6-7, 7-5 to win the Australian Open on Sunday.

Newt Gingrich and Mitt Romney clashed over immigration in a CNN Republican debate in Florida.

Rep. Gabrille Giffords resigned from Congress today in an emotional session of the House after an anti-drug smuggling bill that she championed passed by a 338-70 margin.

The nominees for the 84th Annual Academy Awards were announced Tuesday morning.
Nominated for best motion picture were:

Former House Speaker Newt Gingrich thanked “everyone in South Carolina who decided to be with us in changing Washington” and propelling him to victory in the Palmetto State’s Republican presidential primary Saturday.

Republican presidential candidate Mitt Romney said Thursday that a new tally from the Iowa caucus resulted in a “virtual tie” between him and Rick Santorum.

The Obama administration will likely announce its opposition to the controversial Keystone pipeline project as early as today, according to a Democratic source briefed on the matter.

Former Utah Gov. Jon Huntsman today announced he is suspending his campaign for the Republican presidential nomination and will endorse front-runner Mitt Romney.

Between 50 and 70 people are feared missing after a cruise ship ran aground off the coast of Italy,

Natalee Holloway has been declared dead by a probate court judge in Alabama.

Joran van der Sloot pleaded guilty Wednesday to all charges against him in the killing of Peruvian Stephany Flores.

With less than an hour until many polls close in New Hampshire’s first-in-the-nation primary,
early exit poll data show that nearly seven out of 10 Republican voters in the state are very worried about the economy and their personal financial situation.

Report: American Amir Mirzaei Hekmati, on trial in Iran for espionage, has been sentenced to death.

'Transformation' or 'The End Of The World'