HMS Montrose was scheduled to dock at Peru’s El Callao naval base this week, 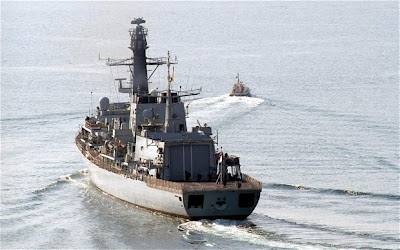 but the visit has been cancelled by Peru in a show of solidarity with Argentina.

has criticised Britain’s territorial rights to the Falkland Islands,

known in Latin America as the Malvinas.

The dispute comes ahead of the 30th anniversary of the Falklands war in April,

which saw Argentine forces invade and occupy the islands

before British troops managed to successfully recapture the region.

During the conflict 255 members of the British forces were killed,

Wed Mar 21 , 2012
Associate Defence Minister Julian Fantino, who is in charge of procurement, gave a similar message to the House of Commons defence committee last week, and went further by saying that Ottawa reserves the right to bail on the multibillion-dollar program. Senior officials say the Auditor-General’s harsh review is behind the […]