As the world becomes more crowded,

the stresses between the essentials of life

Climate change is likely to intensify the stresses.”

According to Shell’s CEO,

“These are huge, integrated challenges and there is no time to waste if the world is to tackle them effectively.

Yet the relationship between government,

is struggling to work.”

The Report reminds us:

“In late 2011 the International Energy Agency issued a stark warning that without a bold change of policy direction,

the world could lock itself into an insecure, 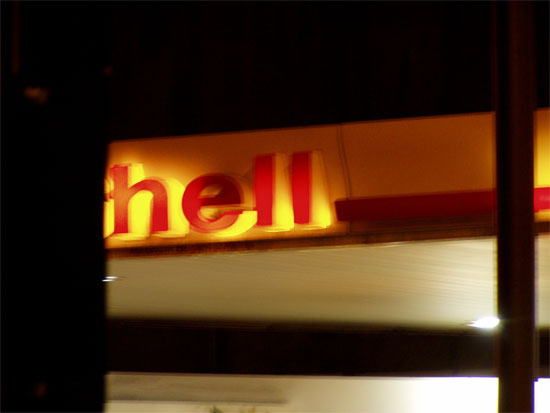 It called for governments to introduce stronger measures to drive investment in efficient and low-carbon technologies.

Failure to do this would lead to

according to the Agency.

THAT”S IT, FOLKS! THAT’S THE SOLUTION –

increasing demands for energy and resources,

irreversible damage to the environment and intensified stresses all round.

So what’s the solution?

Did we hear that correctly?

They all agree that more energy production has intensified the stresses.

So why will even more

If someone else does,

can they please explain this to us lesser mortals.

Of course more energy production is good for business!

No doubt about that.

so the market grows exponentially by itself.

What an amazing money-making,

and it’s all perfectly legal !

the new convert must soon get more people hooked on drugs

so he can sell more drugs

to pay for his insatiable addiction,

and so addiction and drug trade spreads through the population.

That one is still illegal

but addiction to more and more energy is perfectly legal

even though it’s going to be not only potentially but really “catastrophic” for the whole world,

according to the experts.

Can someone please explain this ?