For the last three decades

several leaks have come out indicating that the CIA is directly involved in illegal drug trafficking.

From planes registered to the CIA caught with tons of cocaine,

whistleblowers exposing the the phony police war on drugs

or that cartels worked directly with US agencies, 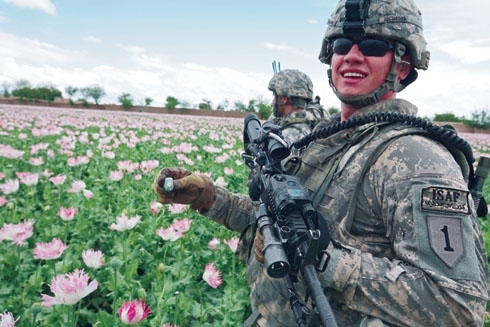 the evidence is mounting that the CIA is clearly involved in some manner.

Although the idea that the CIA is involved in illegal drug trafficking is still relegated to conspiracy theory,

this week a Mexican official openly accused the CIA of “managing” the drug trade.

According to Al Jazeera:

The US Central Intelligence Agency and other international security forces ‘don’t fight drug traffickers’, a spokesman for the Chihuahua state government in northern Mexico has told Al Jazeera, instead ‘they try to manage the drug trade’.

Allegations about official complicity in the drug business are nothing new when they come from activists, professors, campaigners or even former officials. However, an official spokesman for the authorities in one of Mexico’s most violent states – one which directly borders Texas – going on the record with such accusations is unique.

‘It’s like pest control companies, they only control,’ Guillermo Terrazas Villanueva, the Chihuahua spokesman, told Al Jazeera last month at his office in Juarez. ‘If you finish off the pests, you are out of a job. If they finish the drug business, they finish their jobs.’

These statements are the first of this type from an elected official in Mexico.

Of course, the Mexican government and other local officials said Villanueva’s claim is ridiculous

to shut everyone up about it.

Sat Jul 28 , 2012
Syrian authorities said terrorists are disorganized and are incapable of maintaining territorial control for long. A fighter from the Syrian opposition takes aims in Aleppo Rebel casualties arrive back The attack had been awaited with growing apprehension for days. But when the Syrian army units that had been massing outside […]