Syrian authorities said terrorists are disorganized and are incapable of maintaining territorial control for long. 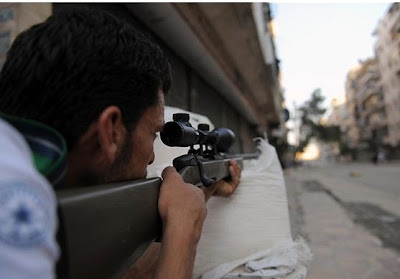 A fighter from the Syrian opposition takes aims in Aleppo 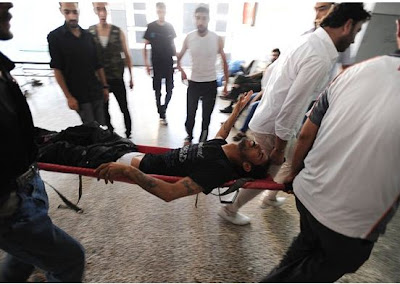 The attack had been awaited with growing apprehension for days.

finally unleashed a full-scale assault on rebel-held quarters of the ancient city yesterday,

it still came as a shock to fighters who had hoped to defend it.

where rebels had been ensconced for a week,

the sound of exploding shells – a feature of life since they first moved into the area – stepped up dramatically.

Regime troops that had been building up at army bases and mustering points started to push into the heart of the city.

The whizz of bullets could be heard along the rebel lines

as Syrian army sniper units attempted to pick off key targets ahead of the armoured advance.

Why Small Arms And Not Cluster Bombs?

Sun Jul 29 , 2012
The US administration is all hot and bothered to join the UN campaign to “ban small arms.” Noble, right? If so, then why are they OK with land mines     and cluster bombs,   so much so they will not join international agreements to ban those gruesome weapons? Would […]