to say Britain should open sovereignty talks over islands 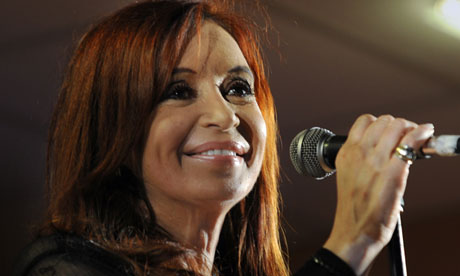 In a stinging letter to David Cameron, Fernández urges the UK to abide by a 1960 United Nations resolution

urging member states to “end colonialism in all its forms and manifestations”.

Britain should begin negotiations over the sovereignty of the islands,

which were “forcibly stripped” from Argentina exactly 180 years ago, on 3 January 1833,

she tells the prime minister.

Thu Jan 3 , 2013
All yours.  A forum with an open topic. Post / comment / disclose / inform / whistleblow / educate  and edify on any subject of your choosing. But play nice. You are free to disagree and provide critical feedback ~ as long as you keep it respectful. If you wouldn’t say […]