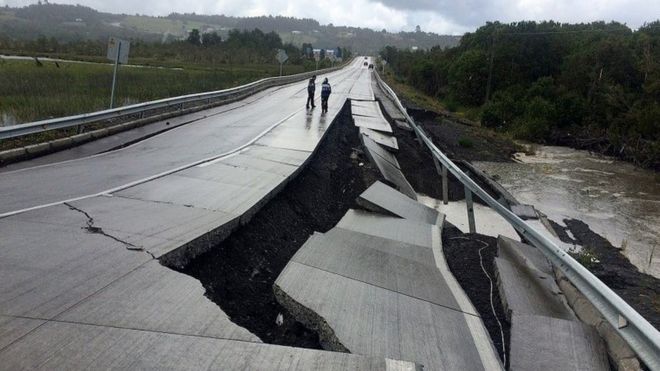 A tsunami alert issued after a powerful 7.6-magnitude earthquake off the coast of southern Chile has now been lifted.

The quake struck at 14:22 GMT on the island of Chiloe, about 40km (25 miles) south-west of Quellon, the US Geological Survey (USGS) said.

No casualties have been reported. Some 4,000 people were evacuated.

It hit an area of Chile known for tourism. Some roads and bridges were affected but damage appeared to be limited.

The quake’s depth was about 34km, according to the USGS. 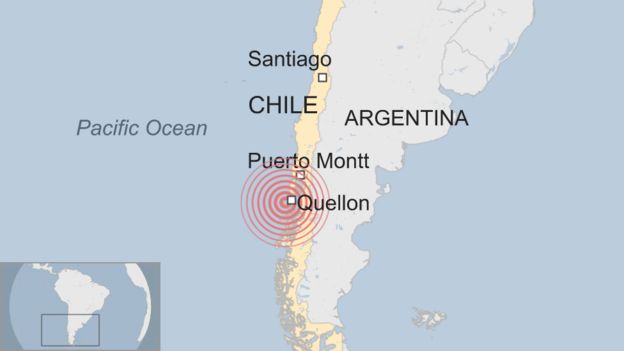 Residents of Quellon were among those who headed to safe areas ahead of the tsunami warning being lifted.

“I’ve lived for 10 years in the south and never felt something like that,” a resident who was leaving his house said.

Chile’s President Michelle Bachelet tweeted: “Much strength and encouragement to the compatriots affected by the tremor in Chile and other areas in the south. Emergency procedures are already in place.”

Driving Under The Influence.....of Coffee??

Tue Dec 27 , 2016
https://www.theguardian.com/us-news/2016/dec/24/california-dui-caffeine-lawsuit-solano-county California man fights DUI charge for driving under influence of caffeine Attorney for Joseph Schawb, charged with driving under the influence of a drug when his blood test showed only caffeine, calls the charge unheard of ‘There are no studies that demonstrate that driving is impaired by caffeine, because […]