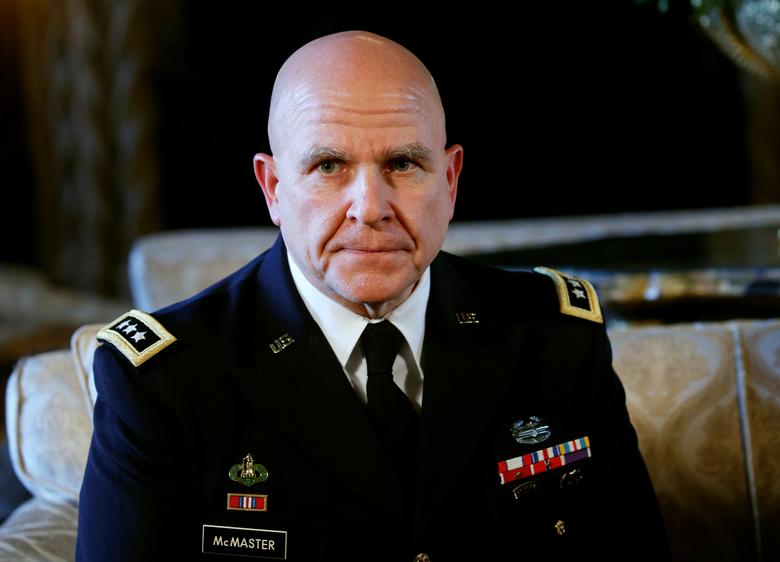 WASHINGTON U.S. President Donald Trump has shown little patience for dissent, but that trait is likely to be tested by his new national security adviser, Army Lieutenant General H.R. McMaster.

McMaster is joining the White House staff with views on Russia, counterterrorism, strengthening the military and other major security issues that diverge not only from those of the Trump loyalists, but also from those the president himself has expressed.

A military intellectual whose ideas have been shaped more by experience than by emotion, more by practice than by politics, and more by intellect than by impulse may also find himself in political terrain that may be as alien, and perhaps as hostile, to him as the sands and cities of Afghanistan and Iraq were.

McMaster will not be alone, however. His prominent administration allies include Defense Secretary Jim Mattis; Marine General Joseph Dunford, the chairman of the Joint Chiefs of Staff; and Senator John McCain, chairman of the Senate Armed Services Committee; as well as many of the soldiers who have served with him.

The Stakes For Trump And All Of Us, By Paul Craig Roberts

Thu Feb 23 , 2017
https://www.paulcraigroberts.org/2017/02/18/stakes-trump-us-paul-craig-roberts/ The Stakes for Trump and All of Us Paul Craig Roberts We need to understand, and so does President Trump, that the hoax “war on terror” was used to transform intelligence agencies, such as the NSA and CIA, and criminal investigative agencies, such as the FBI, into Gestapo secret […]