This sequence of enhanced-color images shows how quickly the viewing geometry changes for NASA’s Juno spacecraft as it swoops by Jupiter. The images were obtained by JunoCam.

Once every 53 days the Juno spacecraft swings close to Jupiter, speeding over its clouds. In just two hours, the spacecraft travels from a perch over Jupiter’s north pole through its closest approach (perijove), then passes over the south pole on its way back out. This sequence shows 14 enhanced-color images.

The first image on the left shows the entire half-lit globe of Jupiter, with the north pole approximately in the center. As the spacecraft gets closer to Jupiter, the horizon moves in and the range of visible latitudes shrinks. The third and fourth images in this sequence show the north polar region rotating away from our view while a band of wavy clouds at northern mid-latitudes comes into view. By the fifth image of the sequence the band of turbulent clouds is nicely centered in the image. The seventh and eighth images were taken just before the spacecraft was at its closest point to Jupiter, near Jupiter’s equator. Even though these two pictures were taken just four minutes apart, the view is changing quickly.

As the spacecraft crossed into the southern hemisphere, the bright “south tropical zone” dominates the ninth, 10th and 11th images. The white ovals in a feature nicknamed Jupiter’s “String of Pearls” are visible in the 12th and 13th images. In the 14th image Juno views Jupiter’s south poles. 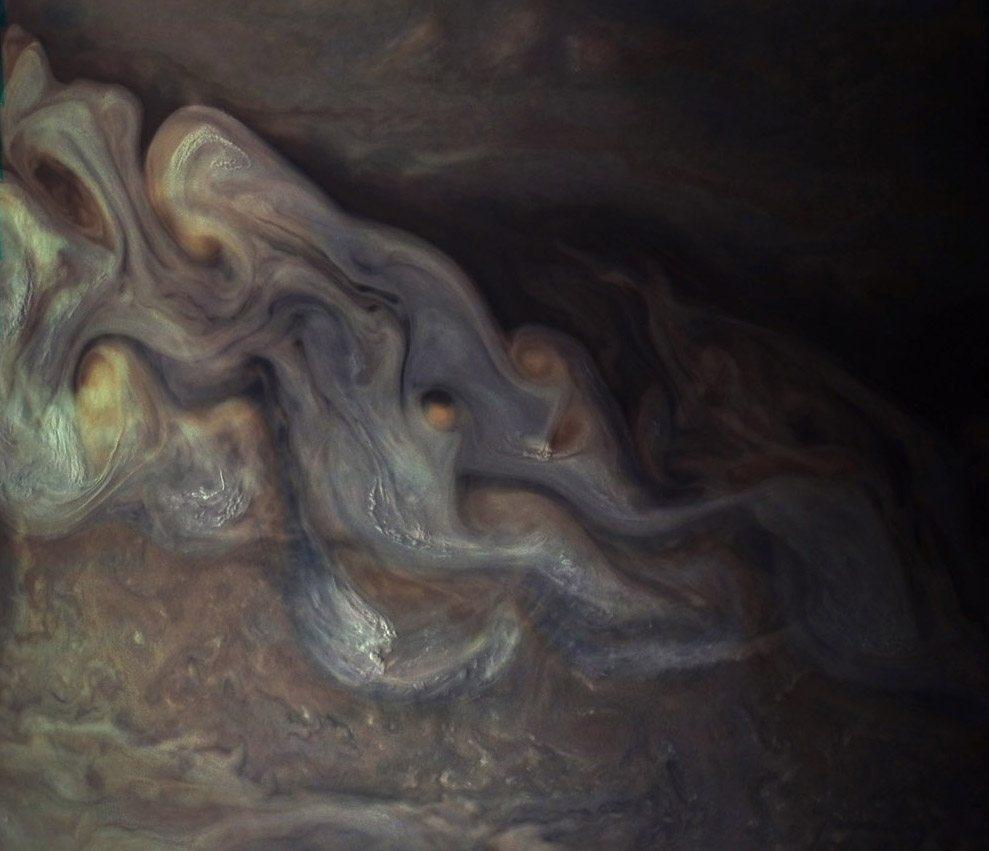 Simply stunning. No doubt some will say it’s all just special effects. If that’s the case I’d love to meet the genius responsible!

Peace through mutual blackmail: is that what’s happening in Washington? By Jon Rappoport

Sun May 28 , 2017
May25 by Jon Rappoport Peace through mutual blackmail: is that what’s happening in Washington? by Jon Rappoport May 25, 2017 In the last few days, the campaign to impeach Donald Trump has quieted down. We’ll see what happens; but is this breathing space and pause the result of a stalemate? […]