Two miles south of the charred skeleton of Grenfell Tower is a large complex of sleek new apartments that some of those displaced by last week’s inferno will soon be able to call home.

Kensington Row’s manicured lawns, clipped trees and burbling fountains are a haven from the rumbling traffic of two busy London thoroughfares, and its spacious, air-conditioned foyers a relief from June’s oppressive heatwave. 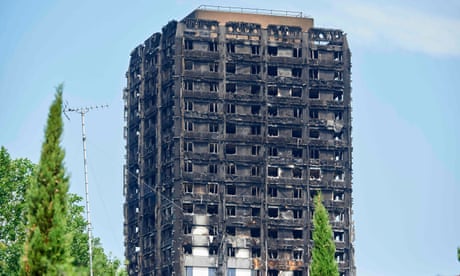 Four unfinished blocks house the 68 flats purchased by the Corporation of London for families who lost their homes in Grenfell Tower. Workmen had been instructed not to talk to the media, but one said there was now a rush to complete the building work. “It’s a brilliant idea,” he said of the resettlement plan.

Among those exercising dogs and small children, the views were more mixed. “It’s so unfair,” said Maria, who was reading the news in the Evening Standard with two neighbours.

She bought her flat two years ago for a sum she was unwilling to disclose. “We paid a lot of money to live here, and we worked hard for it. Now these people are going to come along, and they won’t even be paying the service charge.”

Nick, who pays £2,500 a month rent for a one-bedroom flat in the complex, also expressed doubts about the plan. “Who are the real tenants of Grenfell Tower?” he asked. “It seems as though a lot of flats there were sublet. Now the people whose names are on the tenancies will get rehoused here, and then they’ll rent the flats out on the private market. And the people who were actually living unofficially in the tower at the time of the fire won’t get rehoused.

“I’m very sad that people have lost their homes, but there are a lot of people here who have bought flats and will now see the values drop. It will degrade things. And it opens up a can of worms in the housing market. AJ, who moved into his £2,500-per-month one bedroom flat less than two months ago, said he was neutral about the plan. “I’m Switzerland,” he announced while walking Enzo, his chow chow.

“I love it here. There are great facilities – a pool, cinema, gym, spa. Porters are on duty 24 hours a day. It’s well built and well maintained. The other day I had a problem with the air conditioning and it was fixed in half an hour.”

He had been horrified at the fire. “It was dreadful, I had friends living there. We gave stuff, and went up and helped for a couple days last week. In my eyes everyone should be equal.”

Waiting to collect children outside the Kensington primary academy, Jaime Paul thought the plan to rehouse Grenfell Tower residents in the complex was a good thing.

“These flats are being wasted. There are so many empty ones,” she said. “People who are worried about the values of their homes are just being selfish.” 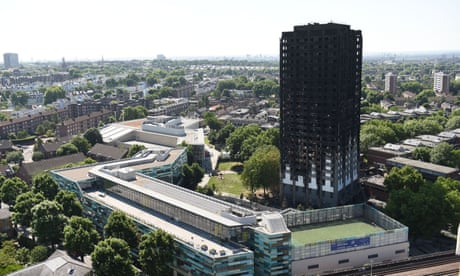 In the complex’s marketing suite, a smartly dressed saleswoman declined to give details about the announcement or the facilities available to residents. A concierge directed the Guardian to the complex manager, who insisted the flats where Grenfell Tower residents would be housed were under separate management, although built and owned by the same developers.

Edmond, an Albanian worker who lays parquet floors in the apartments, said the Grenfell Tower rehousing plan would never come to pass. “It’s not going to happen, trust me. Go and have a look at the cars down there,” he said, gesturing at the underground car park as a black Jaguar with a personalised numberplate purred down the ramp to the remote-controlled gates.

“You can write what you like, but trust me, money rules the world. People like me are going to live here? Never.”

Sat Jun 24 , 2017
FrankenSkies is an 80 minute social change documentary regarding the Solar Geoengineering/Chemtrail agenda that affects every living being on earth. The struggle of bringing awareness to this subject, despite the obstacles of a socially engineered populace and the military industrial complex with its endless resources, is palpable in this awakening […]