Italy will commit as much as 17 billion euros ($19 billion) to clean up two failed banks in one of its wealthiest regions in the nation’s biggest rescue on record.

The lenders will be split into good and bad banks, and the firms will be open on Monday, Prime Minister Paolo Gentiloni said. Intervention was needed because depositors and savers were at risk, he said. The northern region where they operate “is one of the most important for our economy, above all for small- and medium-size businesses.”

While an additional 12 billion euros will be available to cover potential further losses, Padoan said, the Italian Treasury estimates the fair value of the losses at about 400 million euros. That amount is already included in the funds provided to Intesa.

The government tried for months to find a way to keep the banks afloat, including an appeal to wealthy businessmen in the region to contribute to a rescue. Those efforts ended Friday when the European Central Bank said the two banks are failing or were likely to fail and turned the matter over to the Single Resolution Board in Brussels for disposal. The SRB, in turn, passed the issue back to Italian authorities to allow the banks to be wound down under local law.

Since the ECB’s decision Friday, Italy rushed to assemble the measures to carry out the plan because a local regulatory framework was required to allow the banks to open Monday. The deal crafted over the weekend is in line with the bloc’s state-aid rules. Shareholders of the two banks as well as holders of subordinated debt “fully contributed” to the plan, limiting costs of the Italian state, EU Competition Commissioner Margrethe Vestager said in a statement. 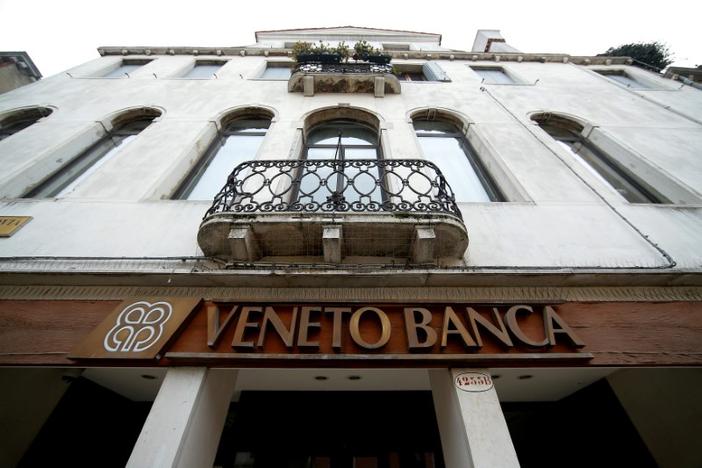 ROME — Italian authorities said Sunday they were prepared to spend as much as EUR17 billion ($19 billion) as part of the shutdown of two regional banks, in a deal that will transfer the lenders’ best assets to Intesa Sanpaolo SpA for a nominal sum.

Veneto Banca and Banca Popolare di Vicenza, are midsize lenders in the Veneto, Italy’s prosperous north east. Both have been flailing for several years despite efforts to shore up their capital and restore their health.

On Friday evening, the European Central Bank declared that the pair were set to fail, having “repeatedly breached supervisory capital requirements.”

That set the stage for the government intervention over the weekend, which will involve splitting Veneto Banca and Banca Popolare di Vicenza into good and bad assets.

The government passed a decree Sunday that will effectively sell the good part of the two banks to Intesa, Italy’s second-largest and best-capitalized bank. Intesa said last week that it would be willing to buy the best assets for a token price of EUR1 as long as the government assumed responsibility for liquidating the banks’ large portfolio of sour loans.

The EUR17 billion includes the cost of Rome’s responsibility for the bad loans, along with items such as covering legal exposure, restructuring of the remaining bank and paying for the expense of personnel issues associated with splitting the two banks into a good one and a bad one.