The US submarine captain says, “We’ve all got to die one day, some sooner and some later. The trouble always has been that you’re never ready, because you don’t know when it’s coming. Well, now we do know and there’s nothing to be done about it.”
He says he will be dead by September. It will take about a week to die, though no one can be sure. Animals live the longest.
The war was over in a month. The United States, Russia and China were the protagonists. It is not clear if it was started by accident or mistake. There was no victor. The northern hemisphere is contaminated and lifeless now.
A curtain of radioactivity is moving south towards Australia and New Zealand, southern Africa and South America. By September, the last cities, towns and villages will succumb. As in the north, most buildings will remain untouched, some illuminated by the last flickers of electric light.

These lines from T.S. Eliot’s poem The Hollow Men appear at the beginning of Nevil Shute’s novel, On the Beach, which left me close to tears. The endorsements on the cover said the same.
Published in 1957 at the height of the Cold War when too many writers were silent or cowed, it is a masterpiece. At first the language suggests a genteel relic; yet nothing I have read on nuclear war is as unyielding in its warning. No book is more urgent.
Some readers will remember the black and white Hollywood film starring Gregory Peck as the US Navy commander who takes his submarine to Australia to await the silent, formless spectre descending on the last of the living world.
I read On the Beach for the first time the other day, finishing it as the US Congress passed a law to wage economic war on Russia, the world’s second most lethal nuclear power. There was no justification for this insane vote, except the promise of plunder.
The “sanctions” are aimed at Europe, too, mainly Germany, which depends on Russian natural gas and on European companies that do legitimate business with Russia. In what passed for debate on Capitol Hill, the more garrulous senators left no doubt that the embargo was designed to force Europe to import expensive American gas.

Their main aim seems to be war — real war. No provocation as extreme can suggest anything else. They seem to crave it, even though Americans have little idea what war is. The Civil War of 1861-5 was the last on their mainland. War is what the United States does to others.
The only nation to have used nuclear weapons against human beings, they have since destroyed scores of governments, many of them democracies, and laid to waste whole societies — the million deaths in Iraq were a fraction of the carnage in Indo-China, which President Reagan called “a noble cause” and President Obama revised as the tragedy of an “exceptional people.” He was not referring to the Vietnamese.
Filming last year at the Lincoln Memorial in Washington, I overheard a National Parks Service guide lecturing a school party of young teenagers. “Listen up,” he said. “We lost 58,000 young soldiers in Vietnam, and they died defending your freedom.”

READ ALL THREE PAGES AT THE SOURCE (top of article) 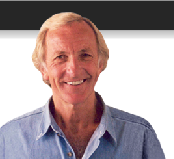 Individual power and ethics: the conversation that never was

Tue Aug 8 , 2017
Individual power and ethics: the conversation that never was by Jon Rappoport August 7, 2017 It’s no accident that the concept of individual power is surrounded by clouds of timidity and fear and cultural resentment. People are warned that touching it produces a substantial electric shock. “Me? Individual power? I […]