Houston (CNN)Harvey is no longer a hurricane, but life-threatening flooding continued in and around Houston on Sunday night as citizens with boats assisted authorities in search and rescue efforts.

Flooding from Tropical Storm Harvey is overburdening resources in the country’s fourth-largest city, prompting authorities to call on volunteers with watercraft for help in rescuing those trapped in homes and buildings.
An immediate respite from Harvey’s wrath seems unlikely to come. The National Weather Service calls the flooding “unprecedented,” and warns things may become more dire if a forecasted record-breaking 50 inches of rain does fall on parts of Texas in coming days. In anticipation of a worsening situation, Dallas is turning its main convention center into a “mega-shelter” that can host 5,000 evacuees.
https://edition.cnn.com/2017/08/27/us/harvey-landfall/index.html

Tropical Storm Harvey sent devastating floods pouring into the nation’s fourth-largest city on Sunday as rising water chased thousands of people to rooftops or higher ground and overwhelmed rescuers who could not keep up with the constant calls for help.The incessant rain covered much of Houston in turbid, gray-green water and turned streets into rivers navigable only by boat. In a rescue effort that recalled the aftermath of Hurricane Katrina, helicopters landed near flooded freeways, airboats buzzed across submerged neighborhoods and high-water vehicles plowed through water-logged intersections. Some people managed with kayaks or canoes or swam.

Volunteers joined emergency teams to pull people from their homes or from the water, which was high enough in places to gush into second floors. The flooding was so widespread that authorities had trouble pinpointing the worst areas. They urged people to get on top of their houses to avoid becoming trapped in attics and to wave sheets or towels to draw attention to their location.

While this catastrophe is clearly associated with Harvey, one wonders if weather mod/ Geoengineering hasn’t played some part. Even if not the direct cause, Cloud seeding could have made matters worse,  especially in Texas where cloud seeding schemes are old hat.

Or is Harvey itself a result of human interference in the weather. Any thoughts? 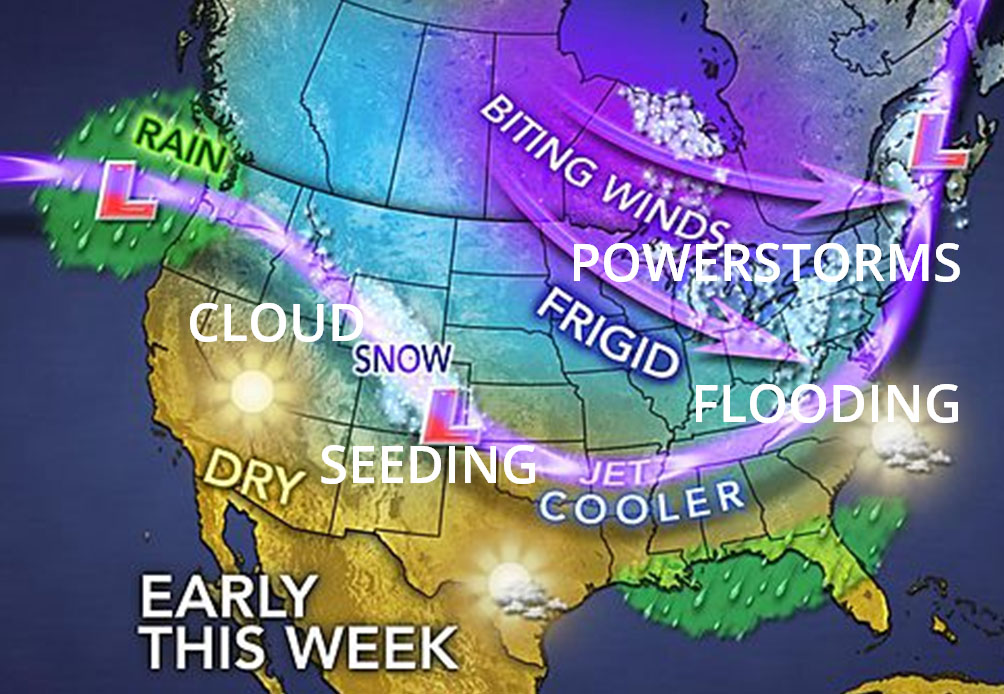