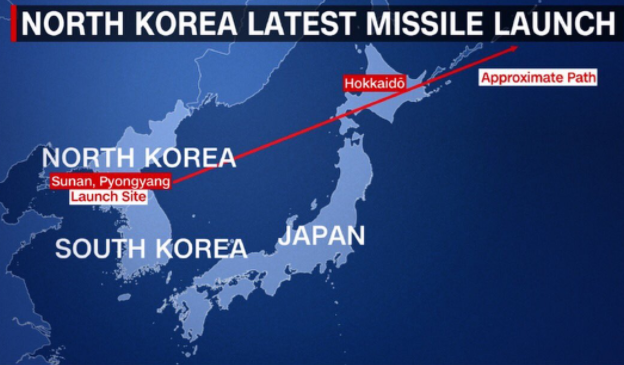 Mr Abe denounced the launch as an “unprecedented and grave threat” to the country’s security after Pyongyang fired a missile over the northern Japanese island of Hokkaido before crashing into the sea.

In a 40-minute phone call with President Trump, the two leaders agreed to call for an emergency meeting of the UN security council as the odds of an all-out conflict continue to drop.

Japanese media claim ”the latest launch makes it clear” the time is not right for dialogue with the North and increased pressure is instead necessary, quoting a senior Tokyo official.

Meanwhile, President Trump reportedly reaffirmed his commitment to maintaining peace in the region, telling Abe the US is “100 per cent with Japan”.

2 thoughts on “Time for talk is OVER: Trump & Japan agree to ramp up pressure on North Korea”

The Ardern Effect: A Disturbance In The Force!

Wed Aug 30 , 2017
Not so long ago in a galaxy not very far away…. A planet divided: Two factions battle for control: The Republic Alliance and the Democratic Independant Union. But behind the scenes, a dark power is manipulating both sides to instigate an all-powerful New World Order…. Readers familiar with my blogs […]