NOTE FROM JEFF: I want to make sure that people reading this realize that it’s A BIT OF SATIRE…not ‘fake news’, not an attack, not even ‘open criticism’…I’m just having a bit of fun, exercising my rusty comedy science-fiction writing skills; shedding some light on real issues of the day like the bloated military juggernaut;  the questionable nature of the whole ‘climate change’ thing and how, in reality, no one seems to know if it is, for example, a cause or an effect, and if either, of or from what, as well as how it really does seem to be treated just like a nebulous lurking bogey monster with a mind of its own; and good-natured poking at someone who I’m sure has the best interests of his fellow life forms and home planet at heart. What actually inspired this was the numerous posts on social media on how ‘Elon Musk is making his biggest investment ever…$700 million to help people to become financially independent’ or something like that. Read, enjoy…and ponder what I’m actually saying. Remember…”CC don’t surf.” Just in:  James Cameron, Arnold Schwarznegger and Clint Eastwood are joining the ‘CC team’, and Musk has been officially promoted: he’s now known as General Electric. See you in orbit 🙂

“Open criticism is the lifeblood of progress both in science and culture at large.” Dr. Nick Begich 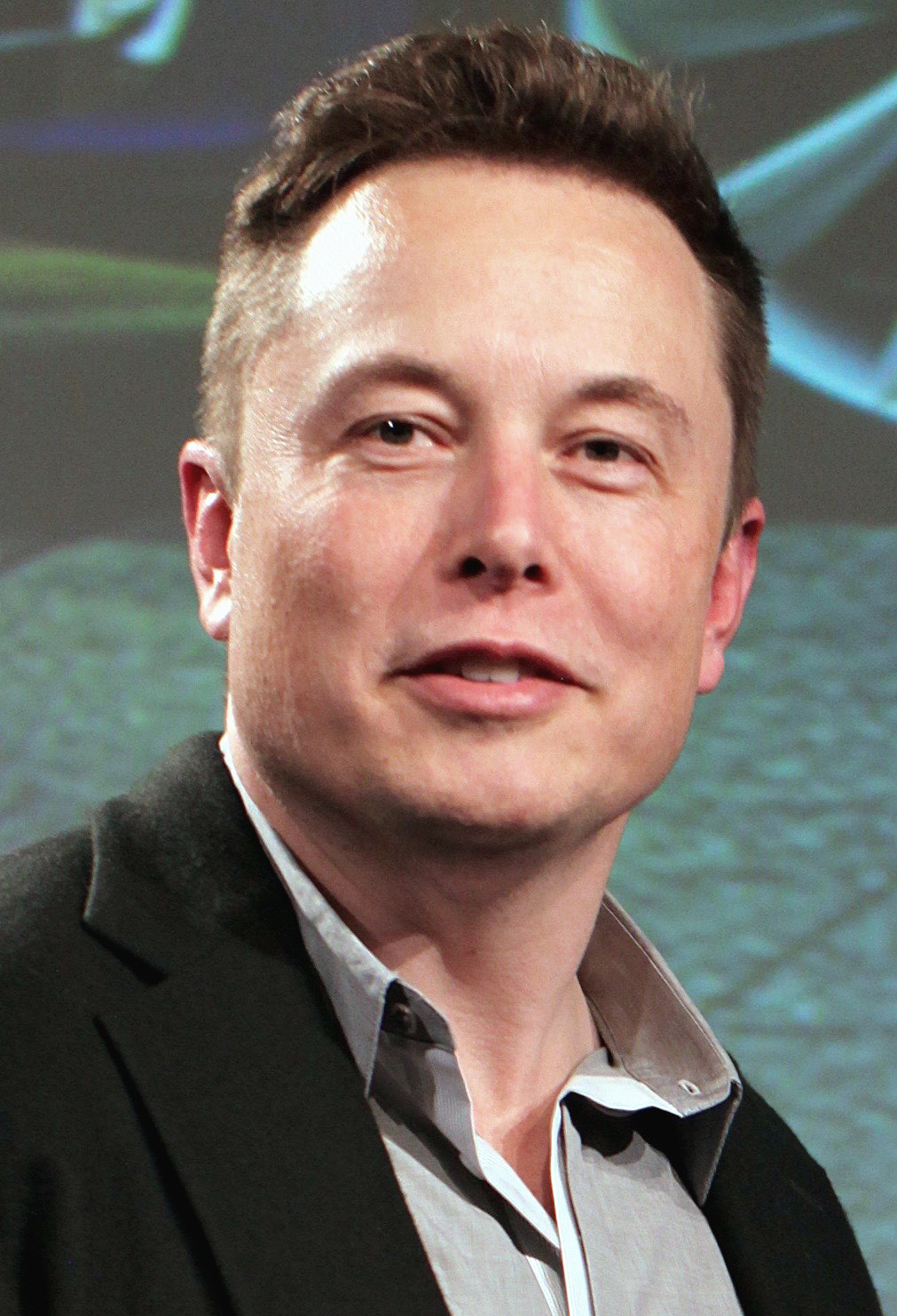 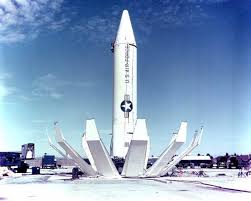 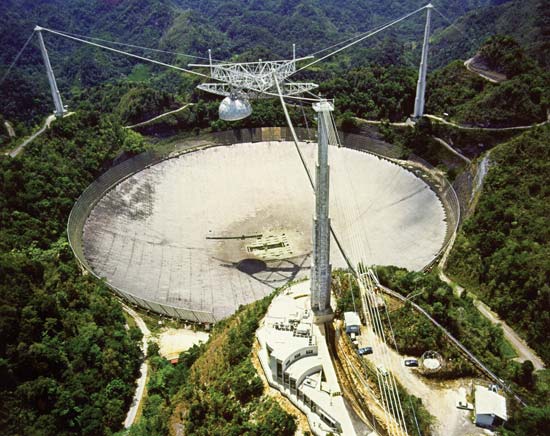 South-African/Canadian Entrepreneur Elon Musk shocked the world last week…using both direct and alternating currents…with his purchase of the entire U.S. military, for an unprecedented cash outlay of $700 Trillion usd. “I had to break into my piggy bank for this one, but what the heck…it’s for a good cause”, Musk replied when asked if this move would affect him financially. This deal, brokered by Goldman-Sachs, significantly shifts the balance of global economic and geo-political power.

In this transaction Musk has gained ownership of

23) controlling stock in most major corporations and banks

29) the ‘next generation’ of administration secretly installed since 9/11

30) thousands of ‘top secret’, ‘classified’ and ‘black budget’ projects (some of which Musk has already been involved in, like the reverse engineering of interstellar space-craft)

Musk is quoted as saying “I’m confident that I got a really good deal, all in all…even I was a little surprised by what all was included in the package. It even has a money-back guarantee. If I’m not happy with its performance I can return it within 60 days, no questions asked, as long as nothing is damaged or has scratches.”

“You might be wondering what I’m going to do with the world’s most powerful military under my direct control. You guessed it…WE’RE GOING TO WAR ON ‘CLIMATE CHANGE, which is clearly the biggest enemy humanity has ever faced, other than alien invaders from a dying planet. No more pussy-footing, enough is enough. We are going to hit climate change right in its sorry ass and blow it to smithereens. We are going to blast it with everything we’ve got. We are going to kick it’s ass AND in its nuts. We are going to rip ‘at turkey’s face clean off. We are going to KILL IT DEAD. Go ahead, CC…make my day. If CC thinks it can get away with any more F5 hurricanes on custom trajectories, terrible floods, heat waves that wont’ let up or other extreme weather…well, it’s got another thing coming.  If all else fails, we are going to call up King Kong and get him to open up a can of kakkalaky whoop-ass on this mother. By the way, CC don’t surf.”

We asked Musk if he was concerned about the ecological foot-print and environmental damage that the U.S. military is responsible for, being by far the greatest polluter on the planet.

“If the war goes according to plan, none of this is going to matter. I may as well spill the beans. See, our strategy is straightforward:  NO CLIMATE = NO CLIMATE CHANGE. We are going to decapitate climate change by getting rid of the Earth’s atmosphere, because with no atmosphere climate change will have no theatre of engagement, no platform from which to attack. What could make more sense? Those millions of drums of radio-active waste, discarded munitions, derelict artillery, sunken ships and subs, all that lead and DU lying around…all that will magically shoot off into space never to be seen or heard from again. Smooth, eh?”

When queried about the possible consequences to life on Earth from the destruction of the atmosphere, Musk retorted, “Collateral damage, that’s all I can say. Sad but true, this is something that the military has had to live with for decades, especially since the advent of weapons of mass destruction. The Pentagon’s top brass have all shared heart-felt grief and admit to having trouble sleeping at night…but…hey, war is war.

We wondered if the sudden change of command of the world’s most powerful military, believed by many to be the greatest peace-keeping and environmental stewardship force ever to exist, might create a window of opportunity for evil dictators to have a go at Uncle Sam. ‘No way. At this point, the government of every other country in the whole wide world has pledged allegiance to our cause…even North Korea…

All options are on the table, by the way, including nuclear, which we believe has the greatest potential for a quick annihilation of Earth’s entire atmosphere. Sure all larger life forms from all kingdoms will be killed straight away, but life in the ocean will be able to hang on a while longer, I mean those that don’t need oxygen, like the cyanobacteria on the deep sea vents. They’ll be fine, at least until the ocean evaporates into space. Which is where our command and control centre will be located.”

We asked Musk about the widespread loss of human life, almost everyone including all military personnel themselves. “You see, war has never been pretty. It’s a duty to God, country, and Climate Change, to put one’s life on the line in the service of a higher calling. To protect life by destroying it has pretty much been the bottom line of the U.S. military all along. This is nothing new, merely the ultimate sacrifice writ large. Besides, we’ll be fulfilling the dream of the eugenicist forefathers by finally accomplishing almost total depopulation, a goal they’ve been working to achieve all through the 20th century.”

“Besides, me and my crew will be fine in orbit. We’ll have plenty of attractive women to facilitate a gradual repopulation in our Mars colony, should we go with the option of retaining biological life, as opposed to the next generation of GMO life-forms that our friends at Monsanto have just come out with.”

Musk’s crew is reported to include such climate change heavy weights as NASA’s James Hanson, Church of Climatology priest and Club of Rome member Al Gore, and trans-humanist visionary Ray Kurzweil who will be Director of HTLF (How To Live Forever) Research. Inside sources are saying that Dr. Strangelove himself might be there, as well as Nicola Tesla, who is believed to have been transported off-planet by the same aliens who gave him the idea for alternating current and who will not have aged a day due to traveling at near-light velocities since 1943.

“See, our vision is first to eradicate the Earth’s atmosphere and oceans, leaving only the lithosphere, which, much to its credit, is not susceptible to climate change. Then we will rebuild civilization from scratch using advanced geo-engineering techniques and terra-forming based on hydrogen bombs and 3D printers. And the new trans-human population will be laughing because the automobiles they will be driving won’t need batteries.

See, the greatest problem we will have solved by eliminating the Earth’s atmosphere is the weakening of sunlight it is responsible for. With no atmosphere, the sunlight will be strong as and our fleet of trans-cars will need only solar panels. Of course, they will have really good heaters as well, since the nights will be close to minus 300 C with no atmosphere, but that’s a minor complication. We’ve got all this stuff thought out pretty well, pretty scientific eh?”

When asked about climate change deniers and skeptics, Musk was adamant: “We have a stance of zero tolerance for those unpatriotic wankers. How dare they not believe. Our new Climate Protection Agency will be deploying the latest in Denier Denial technologies to take care of those clowns. And once they’ve been reprogrammed, they’ll be stationed on the front lines and taught how to fire death rays and let off nuclear bombs.”

We had time for one more question before Musk departed in his state of the art electric helicopter (which has solar electricity blue-toothed to it) to have a look at the ‘Musk Purchase’ as this deal is being referred to.

We asked Mr. Musk where he came up with the idea of using the U.S. military to wage war on climate change by eliminating the Earth’s atmosphere.

“I’ll let you in on a little secret. Remember that movie Contact that had Jodie Foster playing a radio astronomer who received a signal from out yonder? Vega as I remember. Well, not many people know that after that film Jodie went back to college and got a Ph.D. in radio astronomy. She’s been working at not only Arecibo and the VLA, but also at my own private radio-telescope installation in the mountains above Kruger National Park. Guess what? A few years ago she received a series of highly sophisticated and deeply encrypted messages from somewhere out there which, after being decoded by my own personal bank of HAL, SAL and Cray super-duper computers, turned out to be…get this:  not blueprints on how to build an inter-dimensional transport device like in Contact, but instructions, flow-charts and algorithms all expressed in perfect mathematical form on a new type of highly intelligent smart software previously unknown on this planet. We have successfully transcribed the codes and uploaded it into our computer bank, and now the system is telling us exactly what to do. It gave us the idea of battling climate change by eliminating the Earth’s atmosphere, but that’s only the beginning. Rather than rebuilding civilization along the lines of what we have now, only with GMO and 3D printed life-forms and structures, this ‘intelligence’, which we are calling ‘TESLA’…Terminating Every Single Life-form Algorithm…is strongly recommending that we cover the entire surface of the Earth will solid-state electronic circuitry, creating a planet-wide super-duper computer network with a mind of its own which will then move the Earth…no longer to be called Earth but MUSK…Mutated Understanding in Search of Knowledge…out of orbit to go in search of other entities like itself, in order to have a bit of company, kind of like a blind date. But this is another story…

“But now to the matter at hand:  “GLORY GLORY HALLELUJAH…CLIMATE CHANGE WE’RE GONNA DO YA’…”

(and thank you Jeff Wefferson!)

Thu Oct 12 , 2017
ASTEROID TO BUZZ EARTH TONIGHT: House-sized asteroid 2012 TC4 is approaching Earth today for a close encounter only 1/8th the distance to the Moon. At closest approach, the space rock will skim just outside Earth’s zone of geosynchronous communications satellites and be visible in telescopes as small as 8-inches (observing […]