NORTH Korean citizens have been warned to expect “large aftershocks” for months following the 5.4-magnitude tremor that struck South Korea on Wednesday. 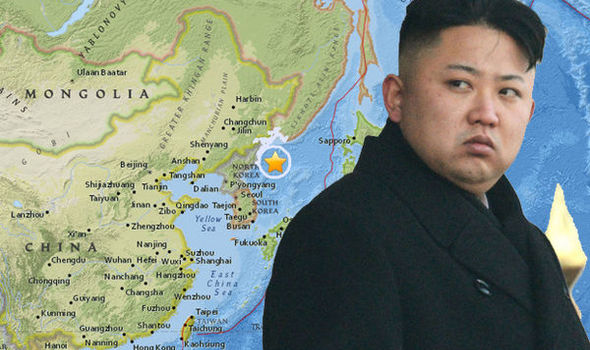 “South Korea has been relatively safe from major earthquakes, but geologists have expressed concern over the rising number of tremors felt in recent years and warned of bigger seismic movements to come.
When the earthquake hit on Wednesday it shook buildings and caused books to fall from shelves sending tremors as far as Seoul – kilometres away from where it struck.
Mark Zastrow, who lives in Seoul, tweeted: “Woah, an earthquake in Pohang and just felt it in Seoul, a few seconds after I got the alert on my phone.”
According to a US Geological Survey (USGS) chart the intensity, tremors from the earthquake would have been felt in North Korea.
The head of the nuclear test monitoring agency CTBTO has said that its analysts were “looking at unusual seismic activity” in North Korea.”

Note that the quake and it’s 4.7 aftershock were both at exactly 10km depth: Prime HAARP/seismic weapon territory.

But why South Korea? A misfire? (This was close to the border) , Or was this just a natural event?

…or does North Korea have seismic weapons technology now?

Sun Nov 19 , 2017
Argentina’s defense ministry said seven failed “satellite calls” that it believes came from a missing naval submarine were detected on Saturday in a likely sign the crew of 44 was trying to reestablish contact. The calls, believed to be from the ARA San Juan submarine, lasted between four and 36 […]