A federal judge ordered former Secretary of State Hillary Clinton to answer five questions she has avoided for years about her use of a private email server to conduct official U.S. diplomatic business. 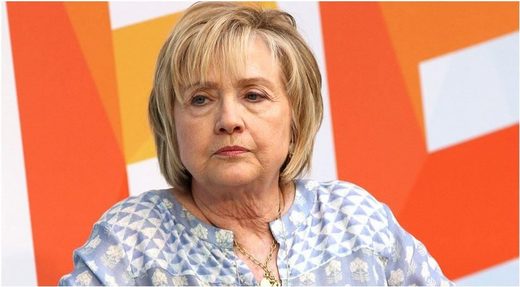 These questions were all put to her nearly four years ago in a lawsuit filed by the nonprofit government watchdog Judicial Watch.

The five questions are:

1.) Who decided to create the clintonemail.com system?

5.) When did it become operational?

The Democratic nominee who lost the 2016 election to Republican President Donald Trump – and who has begun to tease a possible new run for the presidency – has steadfastly refused to answer those and many more questions about why she used a secret email server, instead of the legally required government system during her tenure as the chief U.S. diplomat.

Clinton could be subject to contempt of court charges if she refuses to comply with Sullivan’s order or felony charges if she answers the questions but then provides false information on those matters.

Sullivan announced his decision from the bench rather than waiting to issue it in writing, an indication of the urgency he appears to attach to the case.

Former President Barack Obama appointed Clinton to the secretary of state position in 2009. She left it in 2013 to prepare her 2016 presidential campaign.

The New York Times first exposed the secret email system back in March 2015.

Clinton subsequently claimed to have turned over to the government thousands of emails that dealt with official business – but she kept thousands more she claimed were personal.

The email system became the subject of a sensational investigation that culminated in July 2016. That’s when then-FBI Director James Comey told the nation that Clinton and her key aides acted “extremely carelessly” but did not intend to break the law.

As a result, Comey said he was not recommending that charges be filed against her.

Comey’s decision caused an uproar in Congress, as it flew in the face of evidence that dozens of highly sensitive national security documents were transmitted over Clinton’s secret email system.

He also acknowledged that foreign powers may have hacked her email. Federal law makes an individual’s intent irrelevant – only that the person acted carelessly.

Comey’s decision freed Clinton at least temporarily from the fear of prosecution. But questions about her use of the secret email system dogged her throughout the campaign.

Wednesday’s decision by Judge Sullivan is the latest development in a long-running lawsuit filed by Judicial Watch under the Freedom of Information Act (FOIA) shortly after The New York Times published its story in March 2015.

Fitton added, however, “It is shameful that Judicial Watch attorneys must continue to battle the State and Justice Departments, which still defend Hillary Clinton, for basic answers to our questions about Clinton’s email misconduct.”

Sullivan also ordered Clinton to explain why, on Oct. 22, 2015, she told the House of Representatives Select Committee on Benghazi that virtually all of her emails “were in the State Department’s system” and “if they want to see them, they would certainly have been able to do so.”

Every individual Clinton names as having assisted her in creating her secret email system and in responding to the committee will then be subject to further FOIA discovery by Judicial Watch.

That, in turn, could lead to new revelations and prompt reopening of the FBI investigation but under a new attorney general.

Acting Attorney General Matthew Whittaker reportedly advised Trump last year that a special counsel should be appointed to investigate Clinton’s role in the Uranium One scandal.

Sun Nov 18 , 2018
“When you have hundreds of millions of people who assert that Ebola is killing people, you’re looking at faith. Blind faith in authorities who don’t deserve it.” by Jon Rappoport November 15, 2018 “I saw people die of HIV.” No. You saw people die. Doctors said they had HIV. “I […]