The death of iconic actress Marilyn Monroe nearly 60 years ago still generates questions and controversies. Was it an accidental overdose, a suicide, or a murder designed to keep her quiet?

Nick Redfern, a longtime investigator and author, thinks Monroe may have been silenced to protect the biggest secret of all. In his new book, “Diary of Secrets” Redfern makes the argument that Monroe’s death was linked not only to JFK, but also UFOs.

The death of actress Marilyn Monroe in 1962 shocked the world. Questions linger about her rumored relationships with the Kennedy brothers, John and Robert.

Friends of Monroe say the Kennedy’s may have shared pillow talk secrets with Monroe, tidbits about a secret base in the desert and the astounding materials stashed out there. “And then you’ve got the most controversial angle of all, namely, that JFK revealed to Marilyn that the US government had got its hands on a crashed UFO, and these strange little bodies that nobody really knew what to do about,” Redfern said during a recent interview.

“What we know for sure is that it was right after the date of the documents that Marilyn was found dead. So the inference here is that because Marilyn had been recklessly given access to all these secrets, essentially, for certain people in government, she had to go.”

Redfern also investigates the ties between now declassified CIA and FBI documents, some of which are directly about Monroe, others appear to be connected.Marilyn Monroe Documents from the FBI

One document Redfern writes about is “A Study of Assassination” written by the CIA. “… the document is designed to tell agents, how to murder someone with drugs, by throwing them off a building, etc, etc. And it looks like something tragic, but innocent,” Redfern explained. “One of the most fascinating parts of this document is a reference finding, if you need to kill someone, get them in a vulnerable situation, maybe ply them with alcohol and drugs, and make it look like a very tragic, sad suicide. And it almost mirrors the final hours of Marilyn herself. It’s very, very similar. It’s like looking in a mirror. And you read that it really is difficult not to believe that the documents and Marilyn’s death were part and parcel of one.”

Others close to Monroe also died under mysterious circumstances according to Redfern. Journalist Dorothy Kilgallen died mysteriously on November 8, 1965 a little more than a year after writing a series of articles about the assassination of JFK.

The corpse of actress Marilyn Monroe is removed to the morgue on a stretcher by a police officer. Monroe was found dead of a barbituate overdose in her bedroom, an apparent suicide.Read More » 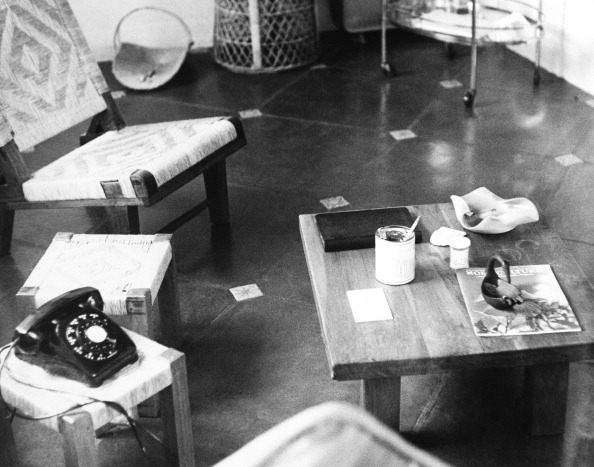 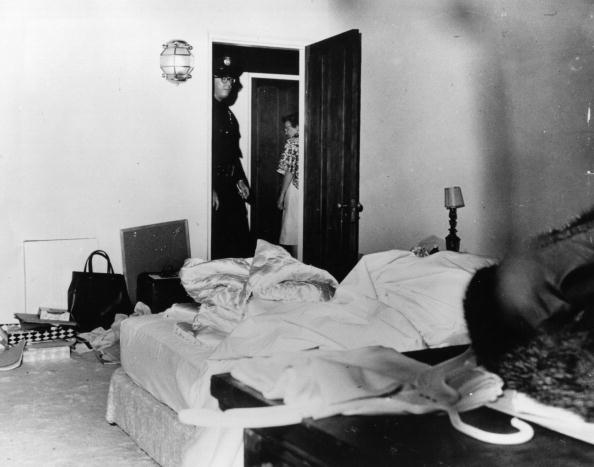 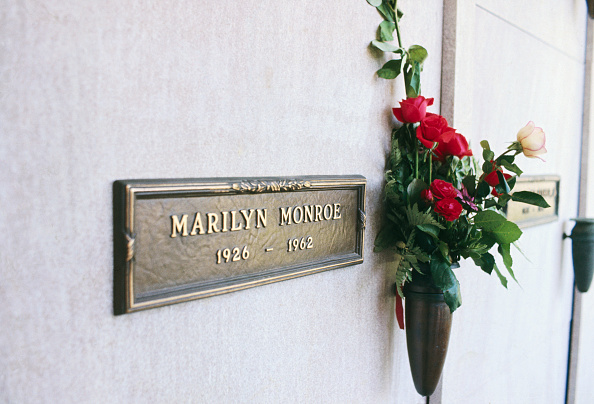 Kilgallen was found dead in her Manhattan townhouse on a bed in a room she had never slept in, according to Redfern. “And of course, she was also tied into the JFK assassination,” Redfern said. “She was looking into the Warren Commission. She was the first person to do an interview with Jack Ruby, the guy who shot and killed Lee Harvey Oswald. So you know, you’ve got all these threads going from UFOs to Dorothy Kilgallen, who knew Marilyn. Kilgallen was connected to the JFK assassination. And of course to the JFK assassination. But JFK reportedly gave some of his stories about UFOs and aliens to Marilyn. So you’ve really got like a circular situation with multiple different sources all coming together. And in some cases, fatal situations.”

Kilgallen’s death was ruled to have been caused by a deadly combination of alcohol and barbiturates. Monroe’s death, according to the toxicology report, showed that the cause of death was acute barbiturate poisoning…READ MORE

For Second Week in a Row: More COVID-19 Vaccination Deaths than COVID-19 Deaths in the US According to CDC and VAERS Websites