Skip to content
In a world full of madness and chaos, 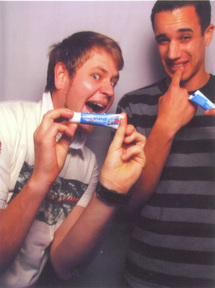 you’ve got to keep your sense of humor or else you’ll go friggin’ nuts.

The Vinny Eastwood Show is on the “cutting edge” of where the media is going.

Armed with a camera and an amazing sense of humour Vinny aka Mr. News

set out over two years ago to give real issues and researchers the coverage they deserve.

The show is about unity, truth, fun, laughter

and giving people with a different point of view a chance mainstream media never will.

Now through our joint-venture with American Freedom Radio

we bring you top researchers and activists from New Zealand and America 5 days a week!

“if the mainstream media won’t do their job, don’t fight, let’s just replace them, because they are no longer relevant!”