[  Anyone who ponders the origins of our collective cultural psyche might find this of interest.  No offense intended.

Aspects of New Zealand culture were not a feature on the 1953  royal tour.

The Queen saw no local plays or films, visited no galleries, read no New Zealand novels. 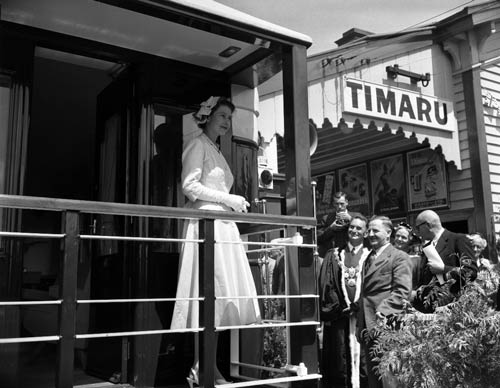 In 1953 most New Zealanders did not think of themselves as a highly cultured people.

painted a less positive view of their fellow nationals.

Appalled at the suppression of civil liberties in the 1951 waterfront industrial dispute,

a people who were puritanical and repressive,

given over to small-town prejudices and a hypocritical concern for respectability. 3

Others, such as Robert Chapman and Phoebe Meikle,

attacked the separation of gender roles;

and novelists such as Janet Frame, Ian Cross and Sylvia Ashton-Warner

presented an unhappy picture of a society where creative individuals were repressed and race relations poor.

In The fern and the tiki (1960) a visiting American, David Ausubel,

argued that New Zealanders suffered from an authoritarian education

which created a repressed hostility beneath their calm exterior.

His analysis was not well received.