Trump is providing sensational fodder for the MSM yet again: ReTweeting “Far Right” videos  to open up discussion about Muslim extremism. Paranoia-mongering or valid concerns? Terror can come from within as well as from outside, regardless of what walls one builds. Should we start “walling” the internet?

Novus Ordo Seclorum: While a definitive translation remains contentious, it could mean “Secular New Order”. And from certain perspectives, it seems like the US is becoming rapidly more secular, intent on walling itself away from the World at Large both literally and figuratively.

Conversely, the rapidly emerging “other super power”, China, is busy tearing down it’s own walls. After centuries of relative seclusion, Xi Jinping has openly declared China to be the leader of a very global New Order.  And throughout Europe, the borders are dropping as the East and Middle East expand Westward, bringing the Islamic Faith with them. In the three Religions Of The Book, Christian, Muslim and Judaism, extremism and intolerance appear to be on the rise. The UN/Lucis Trust agenda to install a global universal religion could be the phoenix that arises from the ashes if this powder keg explodes. A deliberate plan to bring about a clash of ideologies? I think so. 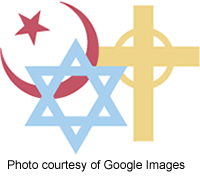 So what is China’s take on religious freedom and expression? How does China handle terrorism and extremism. “What does China think” is the big question we should all be asking.

How much internet freedom would we have under Chinese rule?

I believe the majority of people, regardless of their beliefs, truly just want to co-exist in peace. And we want freedom of choice. How do we do this? It requires a change of mindset and a will to defy the MSN propaganda and see through the plans of the Elite Globalists. More and more people do seem to waking up, largely thanks to this two-edged sword that is the Internet, but the price is that our personal data is being collected and analysed on a staggering scale. To what end purpose? Total control.

A lot to ponder and it’s all happening very quickly!

A whole branch of science turns out to be fake, by Jon Rappoport

Sat Dec 2 , 2017
A whole branch of science turns out to be fake by Jon Rappoport November 29, 2017 Devotees of science often assume that what is called science is real and true. It must be. Otherwise, their faith is broken. Their superficial understanding is shattered. Their “superior view” of the world is […]