Jeff Wefferson reports from the scene of the Hawaii volcano and earthquake events:

Eruption of lava in the Leilani Estates subdivision in the lower East Rift Zone of Kīlauea Volcano continues. Several additional eruptive fissures or vents – each several hundred yards long – have opened over the past day. No significant lava flows have yet formed. Spatter and lava are accumulating primarily within a few tens of yards of the vent.

The sixth and most recent fissure is on the eastern edge of the subdivision. Not all fissure vents remain active and no far-traveled lava flows have formed.

For maps showing the locations of these features, please seehttps://volcanoes.usgs.gov/volcanoes/kilauea/multimedia_maps.html 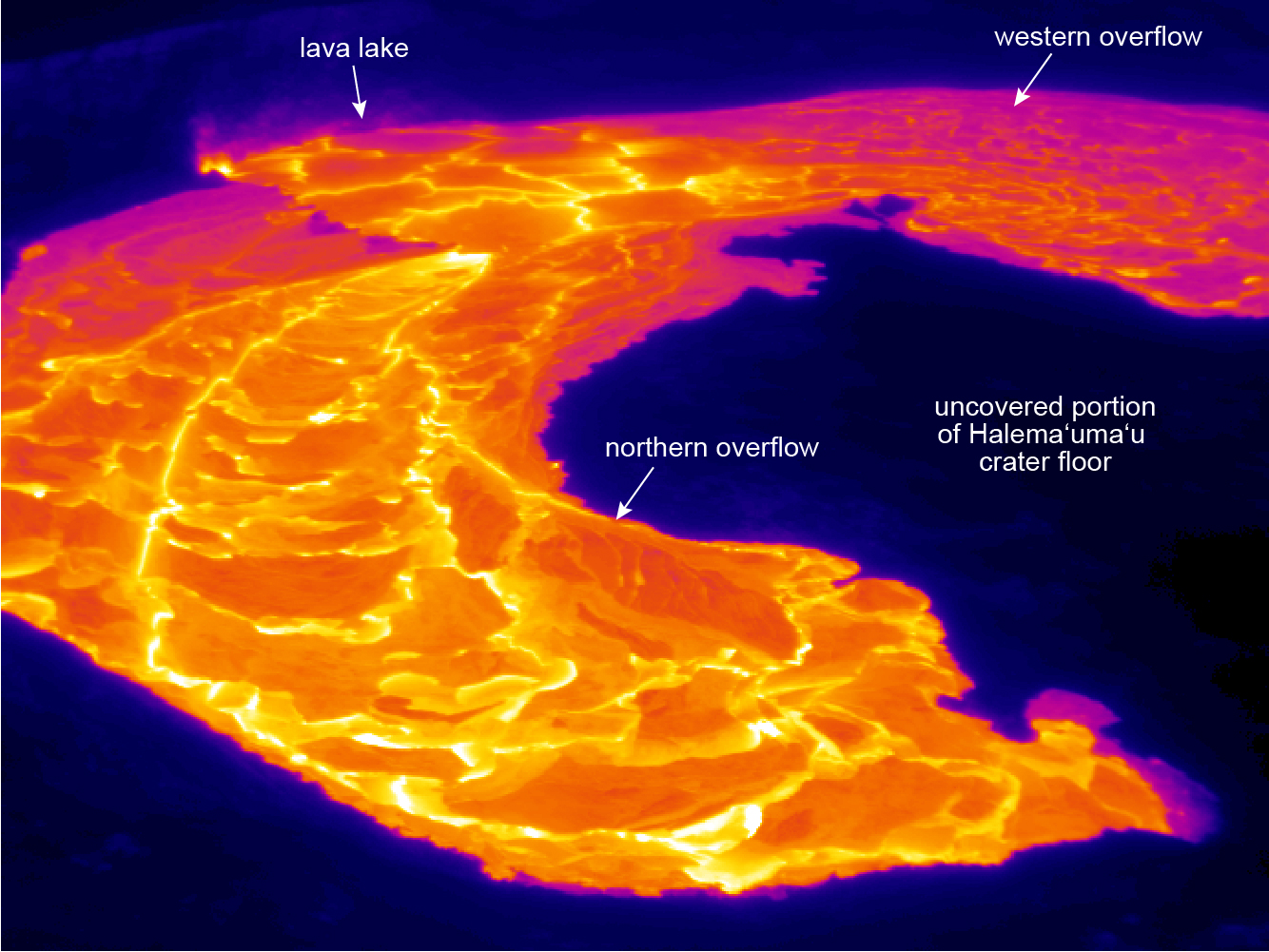 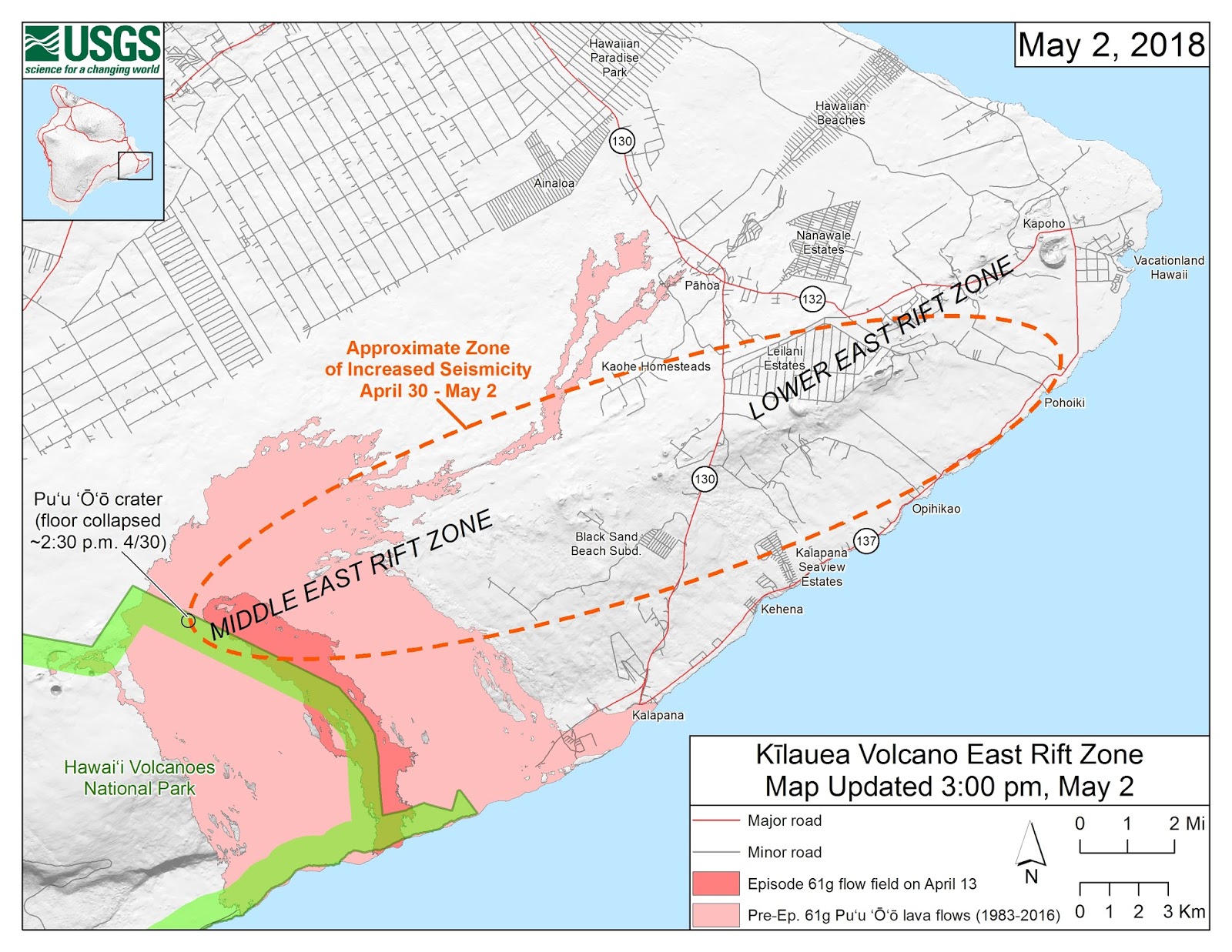 OVER 300 QUAKES IN ELLIPSE IN LAST 96 HRS
(NOTE: I AM NEAR THE HAWAIIAN SHORES SHADED AREA COAST)

Greetings from Hawaiian Volcanos Ground Zero. Well, not quite…’ground zero’ would be where the lava has been coming out of the ground for the past 24 hours, about 12 miles from here. But about an hour ago I felt two quakes, one was around 5 or so but then the next one was, officials are saying, a 6.9 whose epicenter was about 17 miles from here. It shook the house for about 20 seconds. I was in the kitchen making a batch of certified organic vegetable and fruit juice, a long over-due treat possible because my friend loaned me her juicer…beet-root, carrot, celery, apple, ginger, and lemon…I continued jucing throughout the quake. But I was a bit unnerved with my friend came and told me than an announcement had said this quake was felt island-wide, and that we needed to be on stand-by to evacuate! Yikes. I diligently started organizing all my stuff, even though I am in the middle of several paintings and heaps of rocks.

Lucky that I’m never that far away from being mobile, but there’s no way I’m evacuating this place and leaving anything here, not with my flight to Sydney coming up on Monday 14 May. YAY…I get to come home again after over 3 months in Hawai’i. My Australian visa just got approved a couple days ago so I then moved ahead with getting a ticket. I’ve come to like it here quite a bit, especially in the last couple weeks due to a new friend who has taken me up to the volcanos a couple times, someone to share crazy adventurousness with.

We went up to the summit of Mauna Kea two weeks ago, and I accidentally split the head of my drum ‘Io Paikea Sun-thunder Kaka-Tatanka Wave Dancer’ as I was drumming exactly at sunset, and exactly as Taiowa went down I hit the drum a bit too hard, and in the extreme low humidity and low temperature, it made a 10cm long crack in the head. Today I mended it with some vegan floss and Aqua-Seal, which should make it as good as new…and, just in case there was any connection between my drum and the volcano eruption that began a few days ago, to ask Pele to close the opening.

Interestingly, my friend Wally at whose house I’m staying, showed me a volcanos video a few days ago and I was inspired to look at the photographer’s web-site, Mick Kalber. He is the premiere volcano photographer on the island, and he and Wally are old friends. I got in touch and he said he’d be happy to do an interview with me, but that, indeed, the next few days would be quite hectic, what with the collapse of the crater floor of Pu’u O’o, which had been brimming over with lava, but is now totally empty. All that lava went somewhere. And the Haleamaumau crater up within the main Kilauea has been very active. On Tuesday evening we saw huge fountains of lava leaping skyward, maybe 30 to 40 meters high, from a distance of 1.2 miles line of sight.

A large part of Leilani Estate has been evacuated since yesterday, due to lava coming up there through some fissures, with a good deal of gaseous emissions which can be nasty to inhale.

I asked Pele if she would put on a show for me while I was still on the island; she has come through, I just hope that we’ve seen the maximum displacements and shaking and eruptions already. The Hawai’ian volcanos are in general known for their relatively gentle eruptions and flows, which usually allows them to be studied and plenty of time for people to get out of the way of on-coming lava. But there’s a lot of unpredictability, even among the experts.

I wanted to get this post up and out there just in case another bigger quake happens…but I am praying that it doesn’t. Please send blessings and prayers for all of the Big Island, all of Hawai’i, including Kauai which was severely damaged by floods two weeks ago, and all of the marine life who will be under attack even more once RIMPAC starts in Hawai’ian waters in June.

I will keep you updated on a daily basis. If you’d like more information just email me at therockist@gmail.com

MUCH ALOHA AND MANY BLESSINGS FROM THE SHAKEY ISLES 🙂

Sun May 6 , 2018
What is Andrenochrome anyhow? According to myth, it can only be harvested from the adrenal gland of a living victim of torture. http://www.i-doser.com/forum/viewtopic.php?p=24940 Turns out Andrenochrome is real enough and is actually oxidised andrenaline, with purported hallucinogenic properties. https://en.wikipedia.org/wiki/Adrenochrome I am currently researching this subject with a link to Crystal […]