Certain Science Fiction movies transmit vital messages and warnings across the decades. Take the case of these cinema classics.

When George Lucas unveiled the classic blockbuster movie Star Wars to an awed world in the mid 1970s, he made it clear that his science fiction story, and the subsequent sequels and back-story prequels, were intended to transmit a variety of messages and ideas, some religious, others political. It was also clear from his earlier Sci-Fi effort, THX1138, that he was already well versed with the concept of the New World Order. It was also apparent that Lucas had drawn upon a number of influences from within the fantasy genre, some acknowledged, (Kurasawa’s The Hidden Fortress is obvious) others less so (the unfinished Jodorowsky version of Frank Herbert’s Dune for instance).

Then there’s Metropolis. Clearly, Lucas had seen it and it made an impression, as he openly acknowledged that the g

eneral design of the golden “droid” C3PO was directly inspired by the sleek Art Deco robot from the German Cinema masterpiece.

“Watching Metropolis in 2017, you will feel a nervous twitch in your right temple, and you will ask: “Why isn’t cinema this good anymore?” Celebrating its 90th anniversary this year, Metropolis remains the unadulterated template for epic science fiction. The spellbinding cyborg scene where the celestial machine-man in the form of Maria (Brigitte Helm) is created by the mad scientist Rotwang (Rudolf Klein-Rogge) will leave you breathless. A fable of war and peace set against a backdrop of machines, the prodigious balletic choreography, staging, and epic set design will make any discerning filmmakers feel inadequate.

Metropolis is mostly about the dehumanizing effects of human automation, overarching surveillance, and the use of technology as a force for the control of labor. The film’s vision materializes around us today in the form of call centers, intrusive digitalization, and city streets deluged with CCTV. Is it a question of life imitating art? Is it a cinema foretelling? Or is it simply a lucky guess? Whatever the case, Metropolis has informed countless science fiction works, including Ridley Scott’s Blade Runner (1982) and the Star Wars saga. The film received the Freddy Mercury treatment with a Radio Ga Ga music video and even a disastrous truncated release of the film in the 80s featuring an electronic disco film score. Generation Z kids won’t get it, Millennials won’t want to get it, but Lang’s opus continues to impact visual culture, fashion, and interior design to this day.”

Metropolis at 90: You’ll Never See a Movie Like This Again

Having seen excerpts from Metropolis over the years, I have long been familiar with the occult and Illuminist symbolism infused in this movie, but it was not until I recently had the pleasure of watching a fabulous restoration of Fritz Lang’s film that it became apparent not only how striking the symbolism and visual messages are, but how much George Lucas really took from Metropolis.

Not just the visual elements, but also certain plot elements. And the more I thought about it, the more inclined I became to think that Lang was telling us something important, and that Lucas picked up on this and deliberately transmitted the message through a striking visual “key”: The Black Hand.

The Black Hand symbolises a loss of humanity; the beginning of a downward slide into darkness. As it is a mechanical hand, it also represents transhumanism, the fusion of human and machine. But that fusion is associated with a su rrender of free will ( a theme also explored by Frank Herbert in his epic novel, Dune), and since both Lang and Lucas make clear associations between transhumanism and the dark occult, the Black Hand symbolises surrender of will to evil. In Metropolis, Rotwang’s gestures seem to indicate that the hand is controlling the wearer.

Interestingly, Beyoncé, (seen in this video mimicking the dance sequence from Metropolis, alleged to be Illuminati enslaved, is seen dressed in black and wearing a mechanical hand in one of her music videos. (Here shown reversed with disturbing results):

In the Star Wars movies, the Black Hand theme is taken to extremes. It begins with the young Jedi Anakin losing his hand to Dark Lord Count Dooku: He subsequently receives a mechanical hand encased in a black glove. Anakin,  (who already has “anger issues”) soon submits to the tutelage of Palpatine, who is now revealed to be the “hidden hand” manipulating political events. Palpatine at this point visually transforms into a likeness of Rotwang!

In Anakin’s case, the Rotwang-esque Palpatine transforms him into the cyborg Darth Vader. In Rotwang’s case, he replaces Hel with a feminine robot, who is then transformed into an imposter of Maria, the heroine of Metropolis, in a plot to subvert the Resistance. In both cases there is a desire to resurrect a lost love with disastrous outcome born from bitterness and anger. 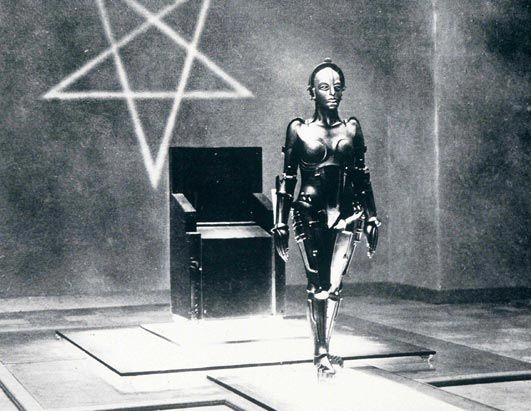 Like Vader, the Maria-Robot is essentially evil and has an agenda of it’s own. At this point, we need to compare Maria with Star Wars heroine, Leia, and again we find extraordinary similarities. Both Leia and Maria act as the catalyst for the hero: Luke and Freder lead sheltered lives that are forever changed upon sighting the woman, who in both cases the leader of a resistance movement. “Who is she? I most find her!” Both are kidnapped by a black robed villain. Maria is dressed in simple robes and appears pure and virtuous, but her robotic impersonator takes the guise of a scantily clad exotic dancer seated on a dias and reclining against a great beast, which Lang makes clear, is the Beast of Revelation. Leia, likewise, appears dressed in simple white robes representing purity and virtue, but later is shown in the revealing garb of an exotic dancer, seated upon a dias and reclining against a great beast!

From here the similarities between Star wars and Metropolis mount up. The hero  turns out to be a prophesied “mediator” who will bring balance. Rotwang/Palpatine plunges to his death after an epic struggle between Dark and Light. Luke “saves” his father, (after severing Vader’s mechanical hand), as does Freder, and Luke breaks the Black Hand cycle by retaining the prosthetic while rejecting it’s dominance.  Metropolis/Coruscant are not destroyed, but continue to function under an alliance without interference from the self-serving agenda of a “hidden” Black hand. (Until Disney reboots the franchise, that is!).

This is all very interesting, but how does this relate to the real world scenario?

Aside from the Black Hand motif, we also have the Hidden Hand. This behind-the-scenes manipulator is Rotwang/Palpatine in the movies. 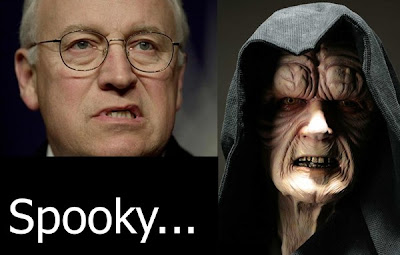 In real life he could be Cheney, Kushner, Soros, or even more obscurely, an artist like HR Giger, whose work, infused with transhumanist and occult themes, entered popular consciousness with the Alien movie franchise and has been subtly influencing western culture for almost four decades. R 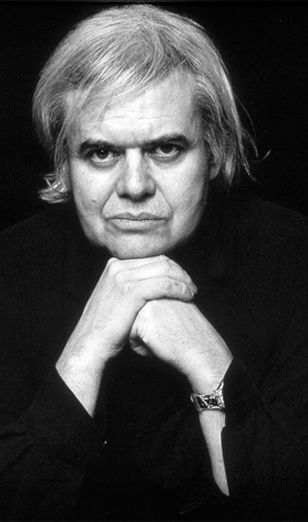 otwang and Giger even look alike! Lucas himself summarised Star Wars as being about men “who don’t play by the rules” manipulating politics by stealth.

Returning to the theme of the Black representing Transhumanism and the surrender of humanity; witness how quickly people are starting to rely upon devices like Alexa, Siri and Echo. When one seeks answers and information via the internet using search engines, one can explore a variety of sources, answers and opinions. Alexa and co. on the other hand, are spoon-feeder devi

ces that choose for you. More worryingly, much like the robot of Metropolis, these devices seem to be developing a rather twisted mind of their own (“glitches”), laughing manically, giving smart-ass replies etc. And it is noteworthy that from Alexa to Sophia, all these devices, like the Metropolis robot, are given female voices and appearance. 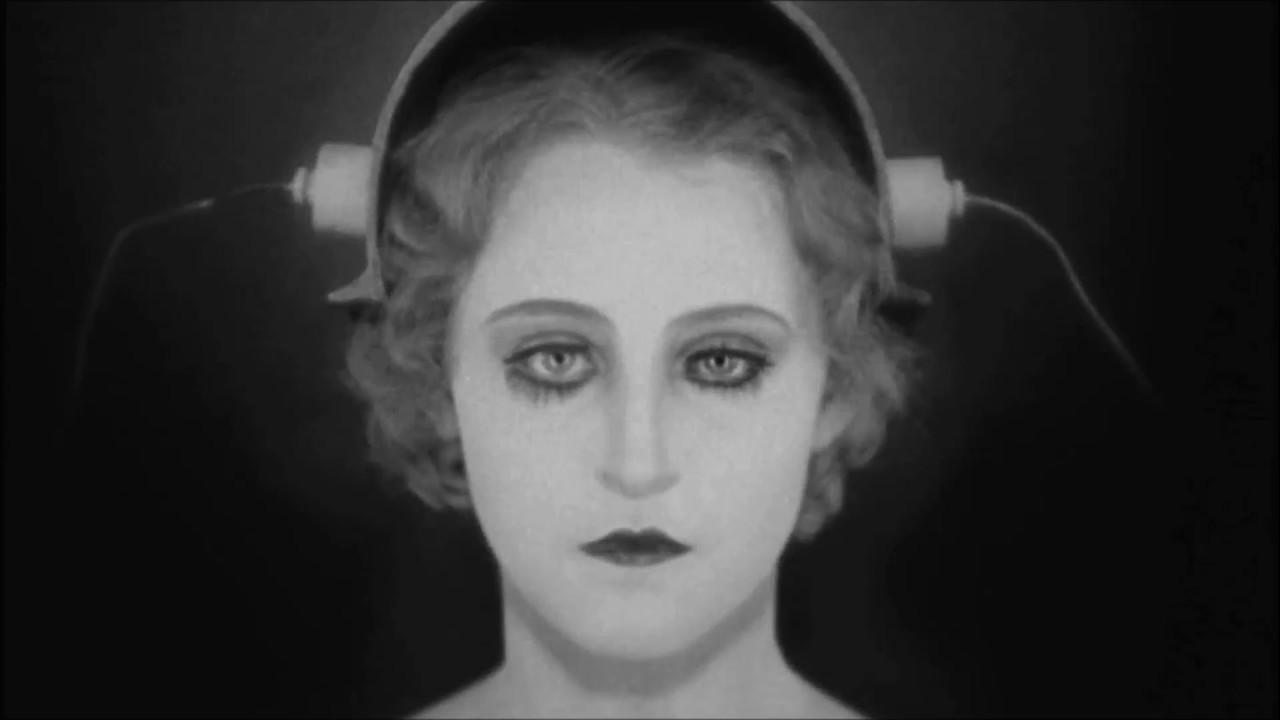 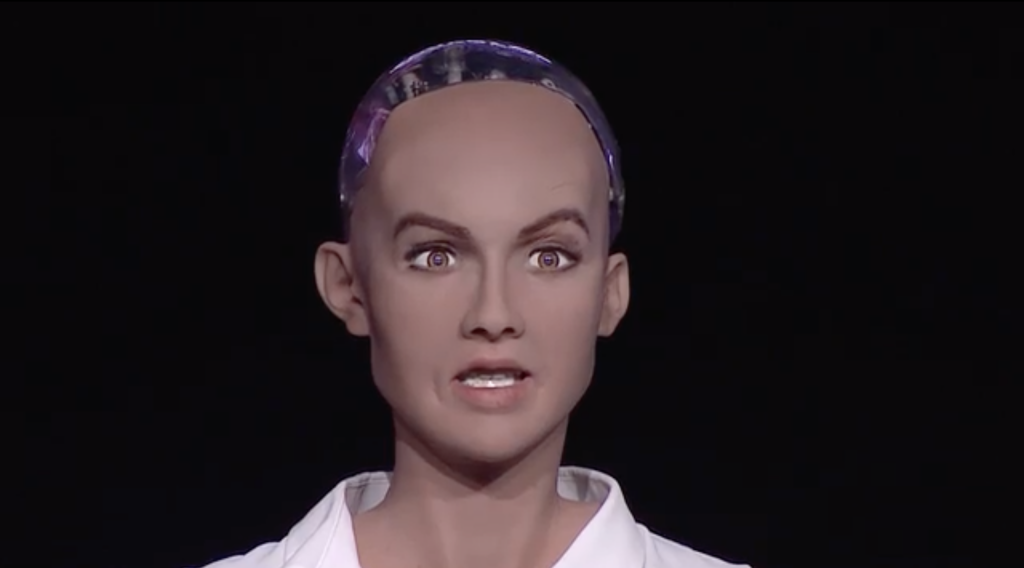 With the rise of android “sex robots” that become ever more sophisticated, and uncannily lifelike androids like Sophia, it would be all too easy for us to slip into slavery to our own AI creations.

Will we reach a stage, as in Herbert’s Dune, when we revolt and outlaw “thinking machines”, forcing us to return to using our own mental abilities? Or will we actually merge with our machines and become like the grotesque Bio-Mechanoids of Giger’s paintings?

We may end up dividing into two distinct species: One Cyborg, the other Human. But who will rule over whom? Remember HG Well’s The Time Machine? Morlocks and Eloi.

Metropolis and Star Wars both suggest a balance needs to be achieved, and that finding this balance requires a “mediator” who will eliminate the Hidden hand, the clandestine manipulator. Let us never forget that technology is a tool. We are the hand that wields it, not the reverse! 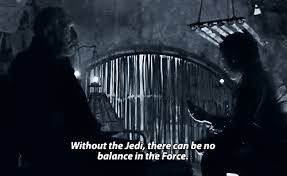 To the sleepwalkers of the world, Science Fiction is all spaceships and aliens: children’s entertainment. But to those of us with our eyes open, the genre draws upon the lessons of history, pays attention to current events, and signposts potential futures, often with remarkable foresight. We should pay attention.

Mon Jun 4 , 2018
A guy called “Mad Dog” wants North Korea to let down their defences. How reassuring. Actually I thought North Korea had already been “denuclearised”. Not that they had more than a few firecrackers in the first place…. Andrew Cheetham Davidicke.com ‘Pyongyang will have to demonstrate clear steps towards denuclearization before […]