Let’s face it: We need all the trees we can get. Better for the planet than all the carbon taxes and smoke and mirrors “solutions” that trade one source of pollution for another. Always good to bring you some positive news from unexpected areas and sources:

The ‘Billion Tree Tsunami’ is a provincial government programme described as a ‘true conservation success story’. 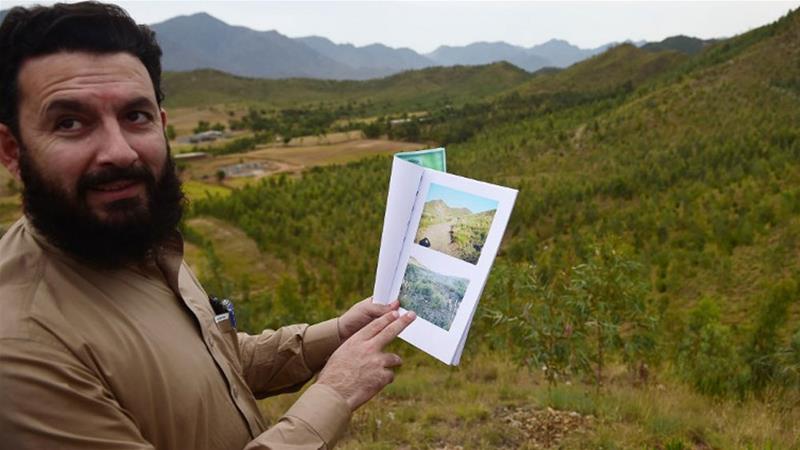 In northwestern Pakistan, hundreds of millions of trees have been planted to fight deforestation [File: AFP]

The change is drastic: around the region of Heroshah, previously arid hills are now covered with forest as far as the horizon. In northwestern Pakistan, hundreds of millions of trees have been planted to fight deforestation.
In 2015 and 2016 some 16,000 labourers planted more than 900,000 fast-growing eucalyptus trees at regular, geometric intervals in Heroshah – and the titanic task is just a fraction of the effort across the province of Khyber Pakhtunkhwa.
“Before it was completely burnt land. Now they have green gold in their hands,” commented forest manager Pervaiz Manan as he displayed pictures of the site previously, when only sparse blades of tall grass interrupted the monotonous landscape.

The new trees will reinvigorate the area’s scenic beauty, act as a control against erosion, help mitigate climate change, decrease the chances of floods and increase the chances of precipitation, says Manan, who oversaw the revegetation of Heroshah.
Residents also see them as an economic boost – which, officials hope, will deter them from cutting the new growth down to use as firewood in a region where electricity can be sparse.
“Now our hills are useful, our fields became useful,” says driver Ajbir Shah. “It is a huge benefit for us.”

The Blood And Gore Of Climate Science

Fri Jun 29 , 2018
Must Read! Author Trevor Ward has a Finance background which gives him an understanding of the mechanics of Carbon Trading, and of course it’s all about the profit! The Blood & Gore of Climate Science By Trevor Ward So how did the campaign start to brand Carbon Dioxide (CO2) “environmental […]