Yes, he’s in the UK and causing controversy as per norm.

Along with likeness in balloon form:

Yes, Trump has openly criticised Theresa May, and why not? She’s earned a little criticism.

But who has Trump suggested would be the best choice to run (or should that be “ruin”?) the UK?

Boris Johnson. Who is apparently ecstatic to receive Don’s support: 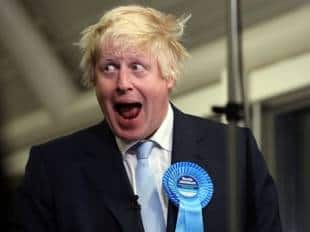 President Donald Trump has claimed that Boris Johnson would “make a great Prime Minister.”
The US President said he believes Mr Johnson has “got what it takes” just days after the former foreign secretary quit his post in Prime Minister Theresa May’s cabinet office.
He made the comments in an interview with The Sun where he said he was “very saddened” to see Mr Johnson go and described him as a “very talented guy.”
The president has previously spoken of his admiration for the former foreign secretary and mayor of London.

..Sometimes I wonder if I’ve entered a parallel universe where reality is a series of Monty Python skits.

I wonder if Trump has ever seen this gallery of rogues?

Hydrogen energy: 'It looks like the face of the future'

Sat Jul 14 , 2018
Most sensible thing our government has said in a long time. Personally I prefer Hydrogen Cell over electric/hybrid for the motor car of the future, so this seems like a positive step. So being a suspicious person I guess there must be something nefarious lurking behind it. “If it seems […]