We signed up for the One Belt One Road Initiative; Here’s our One Road (and no doubt the first of many);

NZ’s first Chinese-owned road could be in the pipeline

A Chinese construction company has offered to build a long-planned four-lane toll road north of Auckland.
Auckland Business Chamber’s chief executive Michael Barnett said the company was willing to foot most of the $400 million needed to build the seven kilometre Penlink Toll Road, linking the Whangaparaoa Peninsula with State Highway One.
“This road is probably the only project ready to go in Auckland right now, all that’s been holding it up is lack of finance,” he said.

If the company’s unsolicited bid gets accepted by the Government, Penlink Toll Road would be New Zealand’s first Chinese-funded and built road, said Barnett. (More at source)

However, these plans have a habit of coming to an unfortunate end…for the “victim” nation, that is: 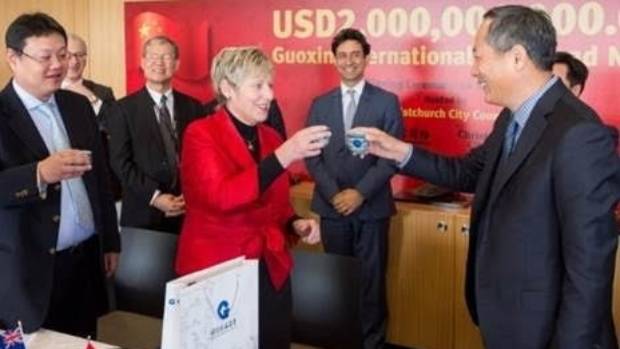 I believe NZ should take heed of what has happened to other casualties of Chinese investment, and tread carefully!

ONE ROAD TO RULE THEM ALL

ONE ROAD TO BUY THEM

ONE ROAD TO OWN THEM ALL

AND IN CHINA’S DEBT TRAP BIND THEM

(With apologies to Tolkein!)

Sun Oct 7 , 2018
UFO reports galore incoming! Brace yourselves…. (It’s just Musk showboating again.)   Elon Musk and company will be bringing a Falcon 9 back to Earth in the Golden State for the first time. Eric Mack October 6, 2018 If you see something on Sunday night that looks like it came […]