The United States is the only country in the world that claims to be superior in every aspect,

and that lie is again exposed,

this time by a report from China on the United States,

all from US sources.

The US is in fact a backward cesspool, the most backward country in the industrialized world.

On March 13, China’s Information Office of the State Council published a report titled,

“The Human Rights Record of the United States in 2009.”

This document was clearly intended as a rebuttal to the annual US State Department Country Reports on Human Rights Practices for 2009, released two days earlier.

The Chinese report quite legitimately notes that the US government

and takes human rights as a political instrument to interfere in other countries’ internal affairs,

defame other nations’ image and seek its own strategic interests.

This fully exposes its double standards on the human rights issue…”

Delivering the US government a well-deserved dose of its own medicine does not,

absolve the Chinese regime of its own gross violations of human rights.

It rules autocratically over 1.3 billion people, most of them desperately poor peasants and super-exploited workers.

That being said, the Chinese report is an eye-opening document

—factual, sober, even understated, drawn entirely from public government and media sources in the United States,

with each item carefully documented.

It presents a picture of 21st century America as much of the world sees it,

one which is in sharp contrast to the official mythology and American media propaganda.

Not surprisingly, the report went unmentioned in the US mass media.

The 14-page report is divided into six major sections:

Rights of Women and Children;

US Violations of Human Rights Against Other Nations.

The cumulative picture is one of a society in deep and worsening social crisis.

A few of the facts and figures cited on violence and police repression in the United States:

• Each year, 30,000 people die in gun-related incidents.
• There were 14,180 murders last year.
• In the first ten months of 2009, 45 people were killed by police use of tasers, bringing the total for the decade to 389.
• Last year, 315 police officers in New York City were subject to internal supervision due to “unrestrained use of violence.”
• 7.3 million Americans were under the authority of the correctional system, more than in any other country.
• An estimated 60,000 prisoners were raped while in custody last year.

On democratic rights, the report notes the pervasive government spying on citizens,

authorized under the 2001 Patriot Act,

extensive surveillance of the Internet by the National Security Agency,

and police harassment of anti-globalization demonstrators in Pittsburgh during last year’s G-20 summit. 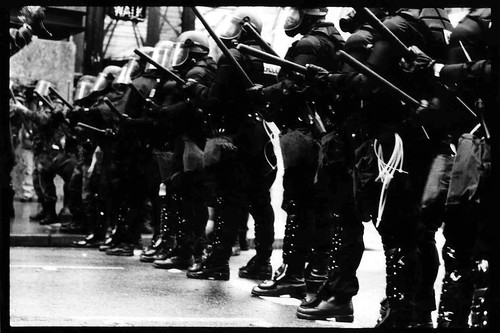 Pointing to the hypocrisy of US government “human rights” rhetoric, the authors observe,

“the same conduct in other countries would be called human rights violations,

whereas in the United States it was called necessary crime control.”

The report only skims the surface on the socioeconomic crisis in the United States,

as well as 46.3 million people without health insurance.

It does offer a few facts rarely discussed in the US media:

• 712 bodies were cremated at public expense in the city of Los Angeles last year, because the families were too poor to pay for a burial.
• There were 5,657 workplace deaths recorded in 2007, the last year for which a tally is available, a rate of 17 deaths per day (not a single employer was criminally charged for any of these deaths).
• Some 2,266 veterans died as a consequence of lack of health insurance in 2008, 14 times the military death toll in Afghanistan that year.

the most oppressed sections of the US working class,

including a record number of racial discrimination claims over hiring practices, more than 32,000.

It also notes the rising number of incidents of discrimination or violence against Muslims,

and the detention of 300,000 “illegal” immigrants each year,

with more than 30,000 immigrants in US detention facilities every day of the year.

It notes that the state of California imposed life sentences on 18 times more black defendants than white,

and that in 2008, when New York City police fired their weapons,

75 percent of the targets were black,

22 percent Hispanic and only 3 percent white.

The report refers to the well-known reality of unequal pay for women,

with median female income only 77 percent that of male income in 2008,

According to the report, 70 percent of working-age women have no health insurance,

with 16.7 million children not having enough food at some time during 2008,

and 3.5 million children under five facing hunger or malnutrition,

17 percent of the total.

Child hunger is combined with the malignant phenomenon of rampant child labor in agriculture:

The US also leads the world in imprisoning children and juveniles,

and is the only country that does not offer parole to juvenile offenders.

US foreign policy comes in for justifiable criticism as well.

A country with so many poor and hungry people accounts for 42 percent of the world’s total military spending,

a colossal $607 billion, as well as the world’s largest foreign arms sales,

The Chinese report notes the documented torture of prisoners in Afghanistan, Iraq and Guantanamo Bay,

the worldwide US network of military bases,

the US blockade of Cuba (opposed by the UN General Assembly by a vote of 187 to 3),

and the systematic US spying around the world, utilizing the NSA’s “ECHELON” interception system, 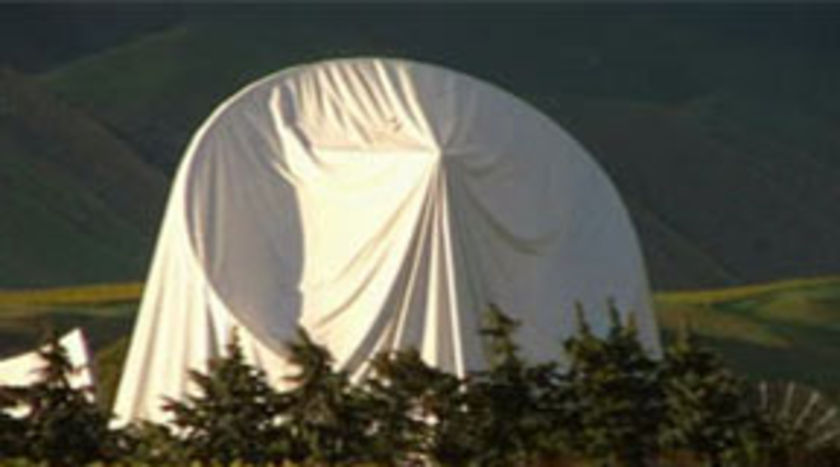 as well as the US monopoly control over Internet route servers.

The report also points out the deliberate US flouting of international human rights covenants.

Washington has either signed but not ratified or refused to sign four major UN covenants:

and on the rights of indigenous peoples.

—nor should that be expected,

since that would require an explanation of the causal connection between poverty, repression and discrimination

and the operations of the capitalist profit system,

something that Beijing is hardly likely to undertake.

GORDON DUFF : STAGE BEING SET FOR “DIRTY BOMB” FALSE FLAG - ONLY A NEW 9/11 CAN BAIL ISRAEL OUT

Tue Apr 27 , 2010
“CHATTER” FLOWING IN FROM EVERYWHERE “SUITCASE” NUKE SAID TO BE IN PLACE [ In Case Of A New False Flag Crime : Hit the ‘Record’ button on your Video Recorder and post any weirdness online ] Rumors of an upcoming terror attack to be blamed on Iran are moving around […]