The world is changing.

The deceivers are not amused.

The Conspiracy Theory badge of honour, has become a stain on the forehead of the stupid. They wear it well. They are no longer the better informed and more intelligent, they are the exposed terminal fools.
The essential pretense of the dark corridors, otherwise “The Enemy” would  know, what? That the government is coming to get you for your alleged crimes? That foreign governments will find out what another government is doing? What they are doing is already known! It all has no meaning beyond theatre and pretence.
The War of Leaks. We are advised of the nefarious activity to which governments have sunk under the guise of the pseudo -essential Power Base construct, and disguise of the obtuse as National Security. The Power Base being the false amalgamation of rogue entities into a homogeneous, acting against the people. Derived from prior correctly functioning individual entities that were transparent and individually accountable.
How ridiculous that an already incredulous Nation State Power Base mutates to the illusion of an international stance. All behind it is eroding. There is no longer a moral logistic. The Power Base is counting heads facing in the reverse direction.
The official statistics are not delivering the answer as to why The People are ignoring The Power Base and international pretences of Empire and Might. How is it that credibility has evaporated. How was it possible that HRC lost in 2016. It makes no sense.
Not any Separation of Powers, but a hidden amalgamation, for purposes of function of constructed elite agendas, and protections. Nothing is being learnt. But who cares?

Police units stop vehicle drivers to test for alcohol consumption. But the reality is to deliver a uniform presented order for the display and reinforcement of compliance and obedience. As indeed is the ridiculous purpose of The Martial Law articulation of The TSA at airports. If it were a reality, then trains, busses and night clubs would suffer the same insanity. But the posture is not the reality.
As Keynesian, Samuelson reinforced, Ivy League, Intellectualised and Expertised Economic stupidities became the official norm, and destroyed Anglo-America and the inner circle of sycophants as Japan, Australia etc., so too have the romances of American Full Spectrum Military and Economic Dominance destroyed the perpetrators, believers and psycho-addicted.
Are the people being shielded against the knowledge that Iran has access to nuclear weapons from Russia and China? But then Russia and China can strike from where they stand. Why would Iran need emplacements?
Or is it that there is a posture towards such weapons as self-made. But the reality is to hide the grand thefts Western Governments have conducted and the paylists at issue, from the filtrations of such funds.

The Nuclear Ambitions of Iran and North Korea are exactly as The WMDs of Iraq. 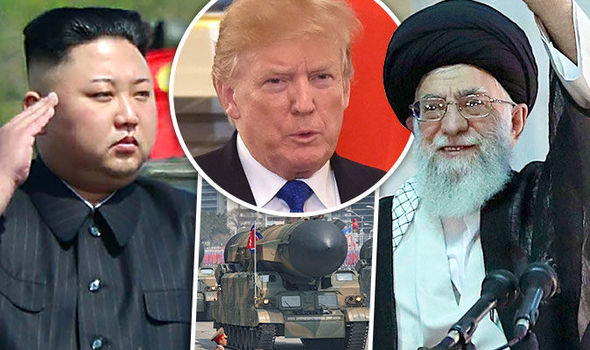 The attack on Syria is as the attacks on Iraq and Libya.

Did North Korea really fire some six dud missiles at Japan, that fell into the sea? Why?

Who saw this fiction? Was it the same audience who ‘know’ that America walked The Moon a half century ago?

Why would North Korea or Iran require Nuclear Weapons; to strike America? Why?

America is a vanquished military and an economically self-bankrupted windbag. What’s the purpose? It has enough of a problem controlling its Deep State, pretending to honour its commitments and maintain its herds of deluded in the psycho safe haven to which they have become accustomed.
It Sanctions because it is unable to credibly respond to the dramas it causes. Sanctioning is an illusion that the one who sanctions has a greater power than the one sanctioned, and the one sanctioned in some way is paying a price for its non-compliance with orders delivered.
The teacher is delivering a lecture while standing before the world as the unclothed emperor. 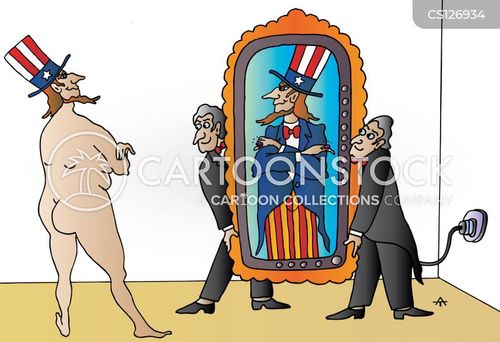 If the one sanctioned ignores the sanctioning, it is assumed by the target audiences, that there is some effect. Particularly when MSM is fed the covering narrative. The reality being that the sanctions are in reality meaningless nonsense.
Indeed economically further self-harming the already destroyed America itself, and those sycophant states as Australia, who further comply with the idiocy.
When Obama was ‘bought’ to ban the approved OK Pipeline, causing the ridiculous training of crude oil (Canadian Oil Sands, The Bakken Fields), what happened to the American Domestic Economiy as a consequence?What has resulted from the ludicrous training of coal to power stations built over subsequently declared unapproved reserves.
What concocted elements of decorated minority slush, are the real enemies of The American People and The American Domestic Economy. Was the potential leak of a crude pipeline into the artesian system greater a devastation than fracking?
Was there some great moral significance to protect an Indian Creek or pulling down statues in Charlottesville, greater than infecting captured populations with smallpox, and other orchestrated genocides. Was the training from The Canadian Oil Sands justified by the predictable devastation of a village and its inhabitants.
When Obama similarly banned American oil explorers being involved in foreign explorations, what happened in The Arctic with Rosneft, BP and Exxon, and Brazil with The Tupi Fields? When May decided to sanction Russia over the False Flag stupidity of The Skripal Affair, what happened to Rosneft with BP?
The absurdity of America not being capable of servicing The International Space Station, with stranded inhabitants, brought The Russian Space Agency into a Sanction Busting Mode. We hope that America does not take action against Russia for this tremendous violation of American Will and Power! 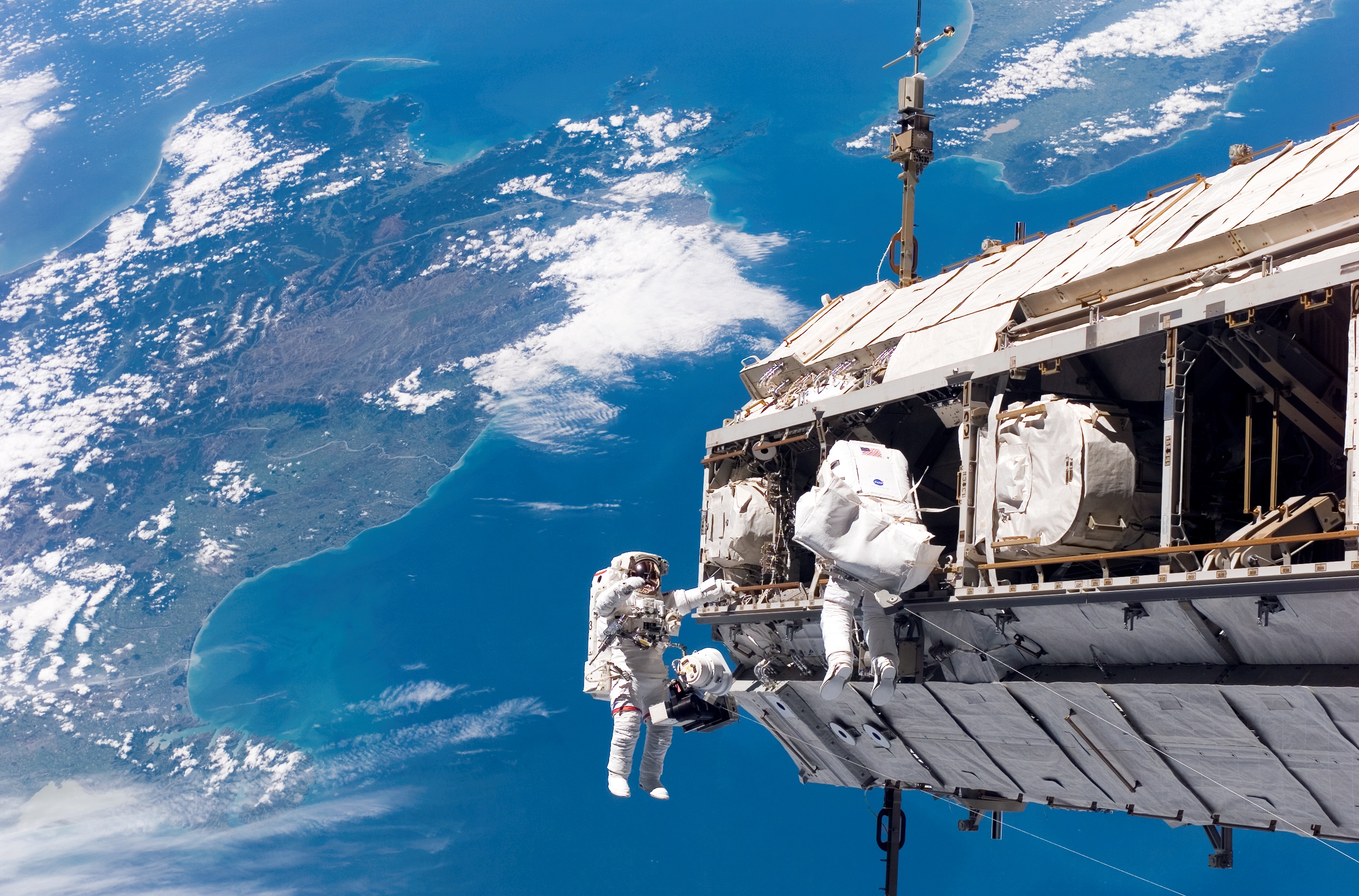 Obama admitted that The American Missile Systems (Defensive and otherwise) have been inoperable from 1972. Subsequently the same buffoon, postured to an audience that America has Full Spectrum Military Dominance.

America, incapable of flying even a siloed missile, and contrary to the admitted reality of The Orion Project (van Allen Belts), postures that half a century ago it landed on The Moon some six times. The exposure that Nixon handed out Moon Rocks from The Antarctic, has slipped the revised narrative. As have the discoveries of Kettering Grammar. High school students in England were able to track Sputnik II, when America was not, and even denied the reality. Not much has changed.
American missile systems were driven out of Europe at the time of The Cuban Missile Crisis. But that’s part of the reality, not the concocted fiction.
Britain’s unarmed Trident test run off Florida some months ago: had the undersea-launched alleged deterrent, returned to base by Russian satellite intervention? The American collided ‘Weather’ Satellites are yet another issue. The EMP disabling by Russia of The USS Donald Cook. The USS Ross, The USS Porter, and the repeated demonstrations that American Stealth Technology (even from The Yougoslav Wars) is a figment of its imagination, is all part of an ongoing tragedy. The USS Virginia and even The USS Montpelier Incident, are indicative of a major systemic problem. Without even entering the issue of The USS Toledo and USS Memphis Incident.
When America was driven out of Europe, commencing with the emplacements in Turkey (The Real Cuban Missile Crisis), Russia remained in Santa Clara and Lourdes, to this day. America and its forward interests as Guam, are overflown by Russian TUs, Both coasts of America are patrolled by Russian Submarines.

Are the American People capable of containing this information, based on the steady diet of stupidity they are fed on a daily basis? America is not under Russian or Chinese threat. China and Russia are defending themselves against any rogue American activity. Which sadly has become a feature of what was once the leading light of the world.
America and Britain are not delivering any deterrence or containment to China or Russia. The reality is the reverse. The World has matured. It is in its Economic Phase. Militarism and Interventions, are an economic devastation of a past tragic adolescent era.
The Zircon, Kinzhal and new generation of advised, Russian Hypersonic and Super-Cavitation technologies, have effectively docked the remaining Nimitz Carrier groups. The Ford Class being an act of absurdity, almost beyond redemption. Mobile airfields are really irrelevant technology. The Military of the contemporary era is; missile, fighter and sateliite based. beyond that is local theatre pretence.