The number of satanic abusers and rapists of women and children hiding behind priestly robes seems to grow exponentially, the Church sinking in a quagmire of cover ups and corruption. Here’s another case from New York as explained by the Herald: 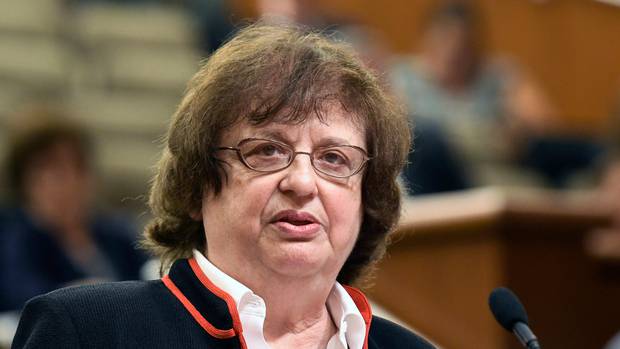 New York Attorney General Barbara Underwood subpoenaed all eight Roman Catholic dioceses in the state yesterday as part of a broadening civil investigation into the handling of sex abuse allegations by church leaders.
The subpoenas seek documents relating to abuse allegations, payments to victims or findings from internal church investigations, according to a law enforcement source familiar with the investigation but not authorised to speak publicly.
Church leaders vowed to work with Underwood’s civil investigation — and any potential criminal investigations to come.
“Our diocese will cooperate with any investigation initiated by the New York Attorney General or district attorney,” said George Richert, spokesman for the Buffalo diocese.

The subpoenas were issued to the Archdiocese of New York in New York City as well as the dioceses of Albany, Brooklyn, Rochester, Syracuse, Buffalo, Ogdensburg and Rockville Center.
Underwood’s office is pursuing a civil investigation into the church’s response to abuse reports and has also reached out to local prosecutors, who are authorised to convene grand juries or pursue criminal investigations.
The announcement comes three weeks after a grand jury investigation found rampant sexual abuse of more than 1000 children by about 300 priests in Pennsylvania.
Underwood’s office also announced a hotline for individuals to call to report allegations of clergy abuse, as well as a confidential online complaint form.
“The Pennsylvania grand jury report shined a light (SIC) on incredibly disturbing and depraved acts by Catholic clergy, assisted by a culture of secrecy and cover ups in the dioceses,” Underwood said in a statement announcing the hotline. “Victims in New York deserve to be heard as well – and we are going to do everything in our power to bring them the justice they deserve.”
– AP

Sat Sep 8 , 2018
Disclosed TruthTV Published on Sep 5, 2018 Subscribe 247K Is one of the worlds greatest secrets about to be uncovered? There is a huge magnetic anomaly in Antarctica, on the east coast of lake Vostok’s shoreline. This is what you would see if you found the ruins of an ancient, […]