How ironic that the head of an anti corruption organisation has himself been potentially caught up in a Chinese anti-corruption crackdown!

Meng Hongwei, who leads the international police organization, hasn’t been seen in more than a week

In what sounds like the plot of an international thriller, the head of Interpol has gone missing in China.
Meng Hongwei, the president of Interpol — an international organization that coordinates law enforcement agencies worldwide — hasn’t been seen since last week, when he departed from France on his way to China on September 29, according to multiple reports. 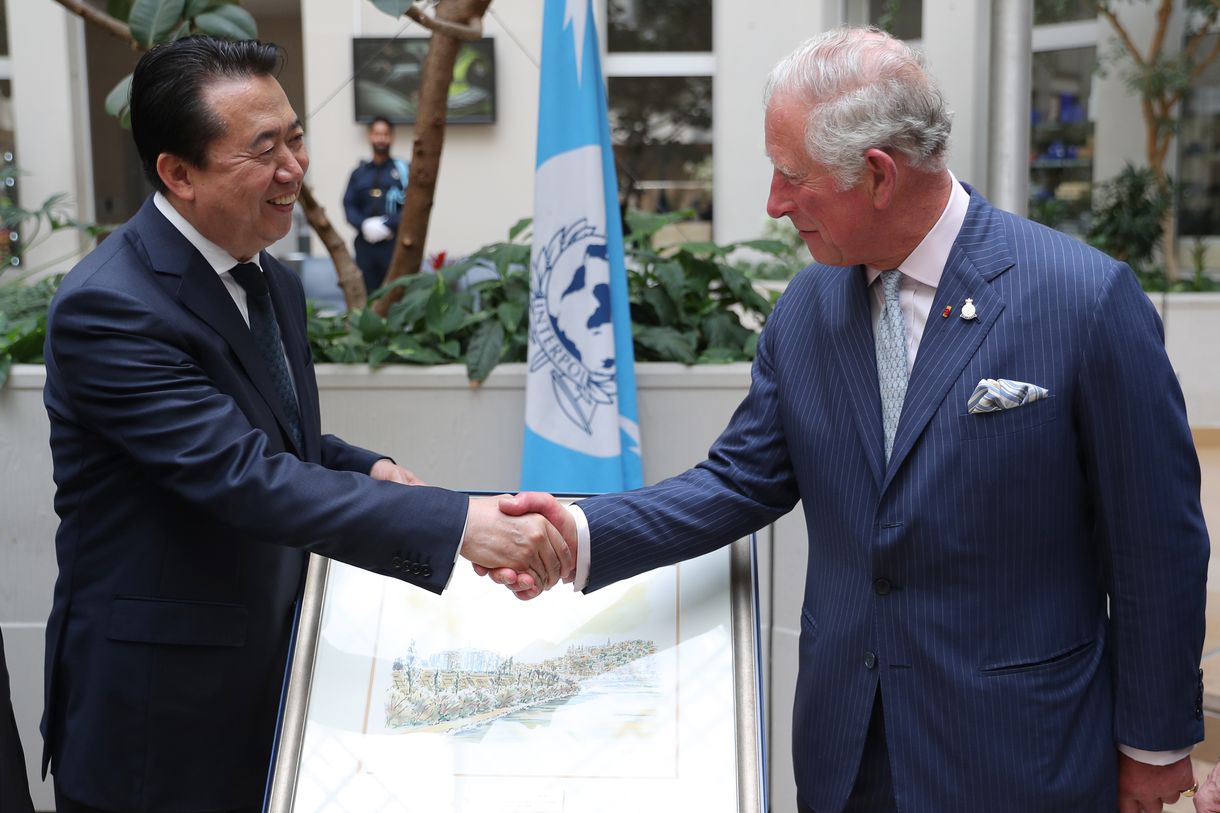 The French authorities opened an investigation into his disappearance after Meng’s wife reportedly went to authorities in Lyon, where Interpol is headquartered, to let them know that she hadn’t heard from her husband since he landed in China.
Meng, according to the South China Morning Post, is a Chinese national and former Communist Party official, and he is still listed as a vice-minister for the Chinese government. The outlet also reported that he’s “under investigation” in China, but Chinese authorities have not offered comment.
Meng helps set Interpol’s policies and agenda, but he doesn’t run the day-to-day operations of the world’s largest international police organization, which provides support to law enforcement agencies across 192 countries.
Interpol focuses on cross-border or transnational crimes, such as trafficking and, well, cases of missing people. It’s probably best known for issuing color-coded “notices,” or worldwide alerts for law enforcement. For example, a “red notice” is basically a flag that a specific agency is looking to apprehend someone.
Interpol itself can’t arrest people, but critics say some authoritarian countries — Russia and China, among them — abuse the system to target strong critics or dissidents by issuing wanted notices through the organization….

The Patrons of Imagination, by Jon Rappoport

Mon Oct 8 , 2018
You say want a revolution? Rappoport has a plan…! by Jon Rappoport October 3, 2018 Every significant breakthrough in human history has been enabled through imagination. It’s the leap. It’s the vision unfettered by imposed restrictions. It’s the future as yet unrealized, glimpsed in the mind. Given that this is […]