The macabre case of missing journalist Jamal Khashoggi raises the question: did Saudi rulers fear him revealing highly damaging information on their secret dealings? In particular, possible involvement in the 9/11 terror attacks on New York in 2001. 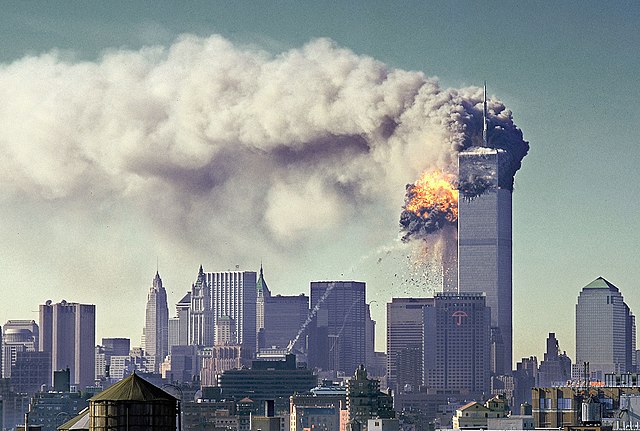 Authored by Finian Cunningham via The Strategic Culture Foundation,

Even more intriguing are US media reports now emerging that American intelligence had snooped on and were aware of Saudi officials making plans to capture Khashoggi prior to his apparent disappearance at the Saudi consulate in Istanbul last week. If the Americans knew the journalist’s life was in danger, why didn’t they tip him off to avoid his doom?
Jamal Khashoggi (59) had gone rogue, from the Saudi elite’s point of view. Formerly a senior editor in Saudi state media and an advisor to the royal court, he was imminently connected and versed in House of Saud affairs. As one commentator cryptically put it: “He knew where all the bodies were buried.”
For the past year, Khashoggi went into self-imposed exile, taking up residence in the US, where he began writing opinion columns for the Washington Post.
Khashoggi’s articles appeared to be taking on increasingly critical tone against the heir to the Saudi throne, Crown Prince Mohammed bin Salman. The 33-year-old Crown Prince, or MbS as he’s known, is de facto ruler of the oil-rich kingdom, in place of his aging father, King Salman.
While Western media and several leaders, such as Presidents Trump and Macron, have been indulging MbS as “a reformer”, Khashoggi was spoiling this Saudi public relations effort by criticizing the war in Yemen, the blockade on Qatar and the crackdown on Saudi critics back home.

However, what may have caused the Saudi royals more concern was what Khashoggi knew about darker, dirtier matters. And not just the Saudis, but American deep state actors as well.

He was formerly a media aide to Prince Turki al Faisal, who is an eminence gris figure in Saudi intelligence, with its systematic relations to American and British counterparts. Prince Turki’s father, Faisal, was formerly the king of Saudi Arabia until his assassination in 1975 by a family rival. Faisal was a half-brother of the present king, Salman, and therefore Prince Turki is a cousin of the Crown Prince – albeit at 73 more than twice his age.
For nearly 23 years, from 1977 to 2001, Prince Turki was the director of the Mukhabarat, the Saudi state intelligence apparatus. He was instrumental in Saudi, American and British organization of the mujahideen fighters in Afghanistan to combat Soviet forces. Those militants in Afghanistan later evolved into the al Qaeda terror network, which has served as a cat’s paw in various US proxy wars across the Middle East, North Africa and Central Asia, including Russia’s backyard in the Caucasus.

Ten days before the 9/11 terror attacks on New York City, in which some 3,000 Americans died, Prince Turki retired from his post as head of Saudi intelligence. It was an abrupt departure, well before his tenure was due to expire.

There has previously been speculation in US media that this senior Saudi figure knew in advance that something major was going down on 9/11. At least 15 of the 19 Arabs who allegedly hijacked three commercial airplanes that day were Saudi nationals.
Prince Turki has subsequently been named in a 2002 lawsuit mounted by families of 9/11 victims. There is little suggestion he was wittingly involved in organizing the terror plot. Later public comments indicated that Prince Turki was horrified by the atrocity. But the question is:

did he know of the impending incident, and did he alert US intelligence, which then did not take appropriate action to prevent it?

Jamal Khashoggi had long served as a trusted media advisor to Prince Turki, before the latter resigned from public office in 2007. Following 9/11, Turki was the Saudi ambassador to both the US and Britain.
A tentative idea here is that Khashoggi, in his close dealings with Prince Turki over the years, may have gleaned highly sensitive inside information on what actually happened on 9/11.

Were the Arab hijackers mere patsies used by the American CIA to facilitate an event which has since been used by American military planners to launch a global “war on terror” as a cover for illegal wars overseas?

There is a huge body of evidence that the 9/11 attacks were indeed a “false flag” event orchestrated by the US deep state as a pretext for its imperialist rampages.
The apparent abduction and murder last week of Jamal Khashoggi seems such an astoundingly desperate move by the Saudi rulers. More evidence is emerging from Turkish sources that the journalist was indeed lured to the consulate in Istanbul where he was killed by a 15-member hit squad. Reports are saying that the alleged assassination was ordered at the highest level of the Saudi royal court, which implicates Crown Prince MbS.

Why would the Saudi rulers order such a heinous act, which would inevitably lead to acute political problems, as we are seeing in the fallout from governments and media coverage around the world?

Over the past year, the House of Saud had been appealing to Khashoggi to return to Riyadh and resume his services as a media advisor to the royal court. He declined, fearing that something more sinister was afoot. When Khashoggi turned up in Istanbul to collect a divorce document from the Saudi consulate on September 28, it appears that the House of Saud decided to nab him. He was told to return to the consulate on October 2. On that same day, the 15-member group arrived from Riyadh on two private Gulfstream jets for the mission to kill him.
Official Saudi claims stretch credulity. They say Khashoggi left the consulate building unharmed by a backdoor, although they won’t provide CCTV images to prove that. The Turks say their own CCTV facilities monitoring the front and back of the Saudi consulate show that Khashoggi did not leave the premises. The Turks seem confident of their claim he was murdered inside the building, his remains dismembered and removed in diplomatic vehicles. The two private jets left the same day from Istanbul with the 15 Saudis onboard to return to Riyadh, via Cairo and Dubai.
To carry out such a reckless act, the Saudis must have been alarmed by Khashoggi’s critical commentaries appearing in the Washington Post. The columns appeared to be delivering more and more damaging insights into the regime under Crown Prince MbS.
The Washington Post this week is reporting that US intelligence sources knew from telecom intercepts that the Saudis were planning to abduct Khashoggi. That implicates the House of Saud in a dastardly premeditated act of murder.
But furthermore this same disclosure could also, unwittingly, implicate US intelligence. If the latter knew of a malicious intent towards Khashoggi, why didn’t US agents warn him about going to the Saudi consulate in Istanbul? Surely, he could have obtained the same personal documents from the Saudi embassy in Washington DC, a country where he was residing and would have been safer.
Jamal Khashoggi may have known too many dark secrets about US and Saudi intel collusion, primarily related to the 9/11 terror incidents. And with his increasing volubility as a critical journalist in a prominent American news outlet, it may have been time to silence him. The Saudis as hitmen, the American CIA as facilitator…(More At Source)

Tue Oct 16 , 2018
A fascinating twist to the “Simon Bridges Expenses Leak Witch Hunt” saga. Despite Bridges initially being certain the leak didn’t come from within his own party, it turned out the party pooper was indeed a party-within-the-party. Subsequently, the guilty party has been sacked, but not without a nice little parting […]