A fascinating twist to the “Simon Bridges Expenses Leak Witch Hunt” saga. Despite Bridges initially being certain the leak didn’t come from within his own party, it turned out the party pooper was indeed a party-within-the-party. Subsequently, the guilty party has been sacked, but not without a nice little parting shot: The revelation that Mr. Bridges accepted a “donation” (euphemism for  bribe) of $100,000 from China, which was chopped into smaller sums to avoid declaration. And speaking of avoidance, Bridges danced around a straight “confirm or deny” answer like a cat on a hot tin roof. And speaking of cats. I have no doubt our Fabian Socialist PM will be grinning like the Cheshire variety! 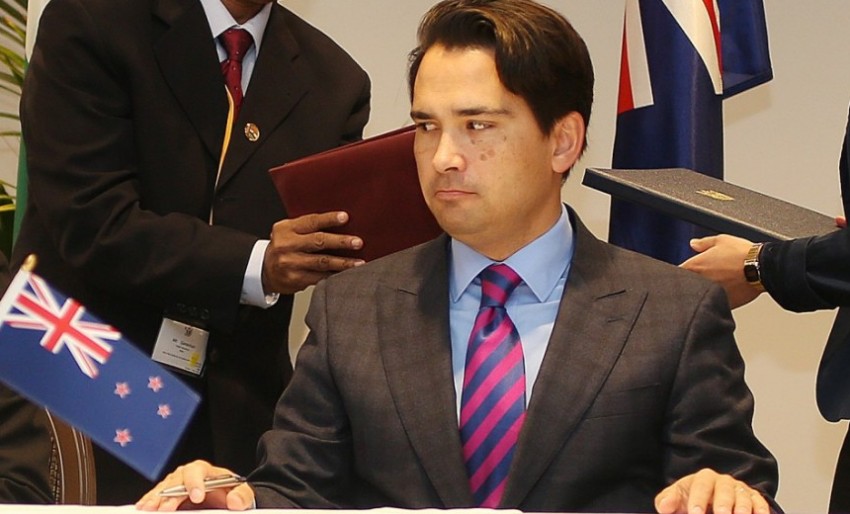 The report into who leaked Simon Bridges’ expenses has been released.
PricewaterhouseCoopers (PwC) conducted a “forensic examination” of every National MP’s electronic devices in an attempt to identify the culprit.
Mr Bridges’ expense documents were emailed to all National MPs on August 7 – but were not due to be made public until August 15.
On August 13 Newshub political editor Tova O’Brien revealed she had been leaked the documents early, which showed Mr Bridges spent more than $100,000 on travel and accommodation over the course of three months while on his national roadshow…More at Source

What you need to know:
-The National Party has voted unanimously to expel Jami-Lee Ross from the party
-Jami-Lee Ross said he was told by Simon Bridges and Paula Bennett four women had accused him of sexual harassment. -He vehemently denies the allegations
-Mr Ross alleges Mr Bridges instructed him to hide an electoral donation of $100,000. Mr Bridges denies this
-Mr Ross said he has recording of the conversation where he was asked to hide the money and will be taking it to the police
-A by-election will be held in Botany and Mr Ross will stand as an independent

Otago University law professor Andrew Geddis says Mr Bridges could face jail time if the allegations against him are proven true.
“Knowingly filing a false donation return under the Electoral Act is a corrupt practice, and entering into an arrangement to try to do so is to be a party to that corrupt practice,” he told Newshub.
“If these allegations are founded, Simon Bridges has to resign, full stop.”
The alleged offence carries a two-year prison sentence and would lead to automatic expulsion from Parliament.

“The $10,000 donation came from ‘Cathedral Club‘. Mr Bridges refused to talk about who that was. According to blog posts by National-aligned pollster David Farrar and far-right blogger Cameron Slater, Cathedral Club appears to be a bimonthly dinner featuring speakers from the political world. Both men imply attendees aren’t meant to reveal the details of conversations that take place at such meetings…The larger donation came from Cubro Ltd, which Mr Bridges said was a healthcare business in Tauranga. Garner revealed the owners are also members of the Exclusive Brethren, a religious sect who controversially spent more than $1 million of their own money trying to get National elected in 2005. Nicky Hager’s book The Hollow Men detailed how the National Party worked with the Brethren behind the scenes, while publicly denying it.”

Wed Oct 17 , 2018
Chinese multi-millionaire Yikun Zhang was put forward for a Queen’s Birthday honour by the National Party. Botany MP Jami-Lee Ross yesterday claimed Zhang made a $100,000 donation to the National Party. By: David Fisher Senior writer, NZ Herald 17 Oct, 2018 5:00am That donation is now at the centre of […]