These conventional science bloggers are really something. They’ve never met a published study extolling mainstream science they haven’t loved. I don’t know, maybe the studies somehow remind them of mommy and her warm basement where they still live at age 40 and do their important work.

A study praising a new drug? A study claiming a vaccine was “well tolerated?” A study claiming GMOs are perfectly safe? A study reporting the dire effects of manmade warming? They kiss it and try to make it better. So here are a few statements they can chew on like week-old delivery pizza.

Warning: what follows could forever alter your view of published science.
We begin with quotes from two editors of prestigious science journals. These people have read, pawed over, analyzed, and dissected more science studies than 1000 bloggers taken together ever will.

“The case against science is straightforward: much of the scientific literature, perhaps half, may simply be untrue. Afflicted by studies with small sample sizes, tiny effects, invalid exploratory analyses, and flagrant conflicts of interest, together with an obsession for pursuing fashionable trends of dubious importance, science has taken a turn towards darkness…

“The apparent endemicity of bad research behaviour is alarming. In their quest for telling a compelling story, scientists too often sculpt data to fit their preferred theory of the world. Or they retrofit hypotheses to fit their data. Journal editors deserve their fair share of criticism too. We aid and abet the worst behaviours. Our acquiescence to the impact factor fuels an unhealthy competition to win a place in a select few journals. Our love of ‘significance’ pollutes the literature with many a statistical fairy-tale…Journals are not the only miscreants. Universities are in a perpetual struggle for money and talent…”

Two: Marcia Angell, former editor of The New England Journal of Medicine, in the NY Review of Books, January 15, 2009, “Drug Companies & Doctors: A Story of Corruption”:

“It is simply no longer possible to believe much of the clinical research that is published, or to rely on the judgment of trusted physicians or authoritative medical guidelines. I take no pleasure in this conclusion, which I reached slowly and reluctantly over my two decades as an editor of The New England Journal of Medicine.”

“There is increasing concern that most current published research findings [in all scientific fields] are false… a research finding is less likely to be true when the studies conducted in a field are smaller; when effect sizes are smaller…when there is greater financial and other interest and prejudice; and when more teams are involved in a scientific field in chase of statistical significance. Simulations show that for most study designs and settings, it is more likely for a research claim to be false than true. Moreover, for many current scientific fields, claimed research findings may often be simply accurate measures of the prevailing bias…There is increasing concern that in modern research, false findings may be the majority or even the vast majority of published research claims. However, this should not be surprising. It can be proven that most claimed research findings are false.”

Four: Back to Richard Horton, editor-in-chief of The Lancet. In the same editorial quoted above, Horton makes reference to a recent symposium he attended at the Wellcome Trust in London. The subject of the meeting was the reliability of published biomedical research. His following quote carries additional force because he and other attendees were told to obey Chatham House rules—meaning no one would reveal who made any given comment during the conference.

Horton: “‘A lot of what is published is incorrect.’ I’m not allowed to say who made this remark [at the conference] because we were asked to observe Chatham House rules. We were also asked not to take photographs of slides. Those who worked for government agencies pleaded that their comments especially remain unquoted, since the forthcoming UK election meant they were living in ‘purdah’—a chilling state where severe restrictions on freedom of speech are placed on anyone on the government’s payroll. Why the paranoid concern for secrecy and non-attribution? Because this symposium—on the reproducibility and reliability of biomedical research, held at the Wellcome Trust in London last week—touched on one of the most sensitive issues in science today: the idea that something has gone fundamentally wrong with one of our greatest human creations [biomedical science]”.

Conventional science bloggers, take notice. You’re working in a field where studies supporting the general consensus are tainted and stained. 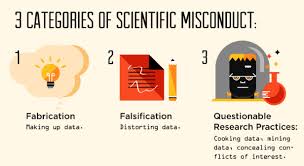 Starting sentences with “the FDA approves” or “the CDC confirms” or “a study published in The New England Journal established” isn’t a ticket to the truth. Far from it.
You’re wading in a stench-ridden swamp, and you don’t know it; or you do know it and you don’t care, because you want to be part of the club; or someone is paying you to make absurd assertions. One way or another, you’re doomed if you follow the party line.
This is a much different landscape than you think it is. It’s a wholesale fabrication of what looks, sounds, smells, tastes, and feels like truth. But it isn’t. It’s a lying cartoon. It has vicious consequences.

Electric cars And Human Caravans: Does Trump Have An Ace Up His Sleeve?

Tue Nov 27 , 2018
As the 2030 Agenda New World Order rapidly progresses, Auto giant General Motors has announced a restructure to focus on electric cars and autonomous vehicles. by Martin Harris 27/11/18 While this author has made his criticisms of the EV propaganda and underlying “conspiracy” known, I’m more concerned here with the […]