Yes, the man who first spoke openly of the forthcoming New World Order finally passes away at the ripe old age of 94. 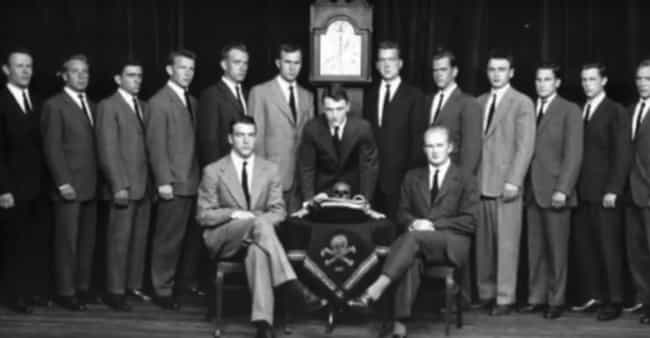 “George H.W. Bush, the 41st president of the United States and the father of the 43rd, was a steadfast force on the international stage for decades, from his stint as an envoy to Beijing to his eight years as vice president and his one term as commander in chief from 1989 to 1993.
The last veteran of World War II to serve as president, he was a consummate public servant and a statesman who helped guide the nation and the world out of a four-decade Cold War that had carried the threat of nuclear annihilation.”

What they neglect to say is that he led the nation into a war that was prolonged by his son and successor (after Clinton) George W. under the guidance of henchman Dick Cheney. A war that left a country poisoned for decades to come with depleted uranium and wrecked said country’s infrastructure. It also made the Bush family and their Bloodline Elite cronies rich from Arms Manufacture and oil profits.

I wonder what judgement in the afterlife awaits him?

Sat Dec 1 , 2018
Always fun to decipher an Economist cover. Who sees the stork with a barcoded Baby-bag? Or how about the Four Horsemen of the Apocalypse? Can you read “Leonardese” mirror writing?