Latest events point to the New World Order stabilizing: America gets what America wants and China gets what China wants. The world takes a step back from trade war, but a step closer to completion of the Plan. “Less a breakthrough than a breakdown averted”, so nothing is certain yet. What I’d expect to see on the horizon is a Unified Korea with the US “gifting” Korea to China, either directly or indirectly via a puppet leader. My opinion is that  this would be a real deal-sealer, and in keeping with America’s inwards focus.

Here’s the MSM version of developments via the New York Times: 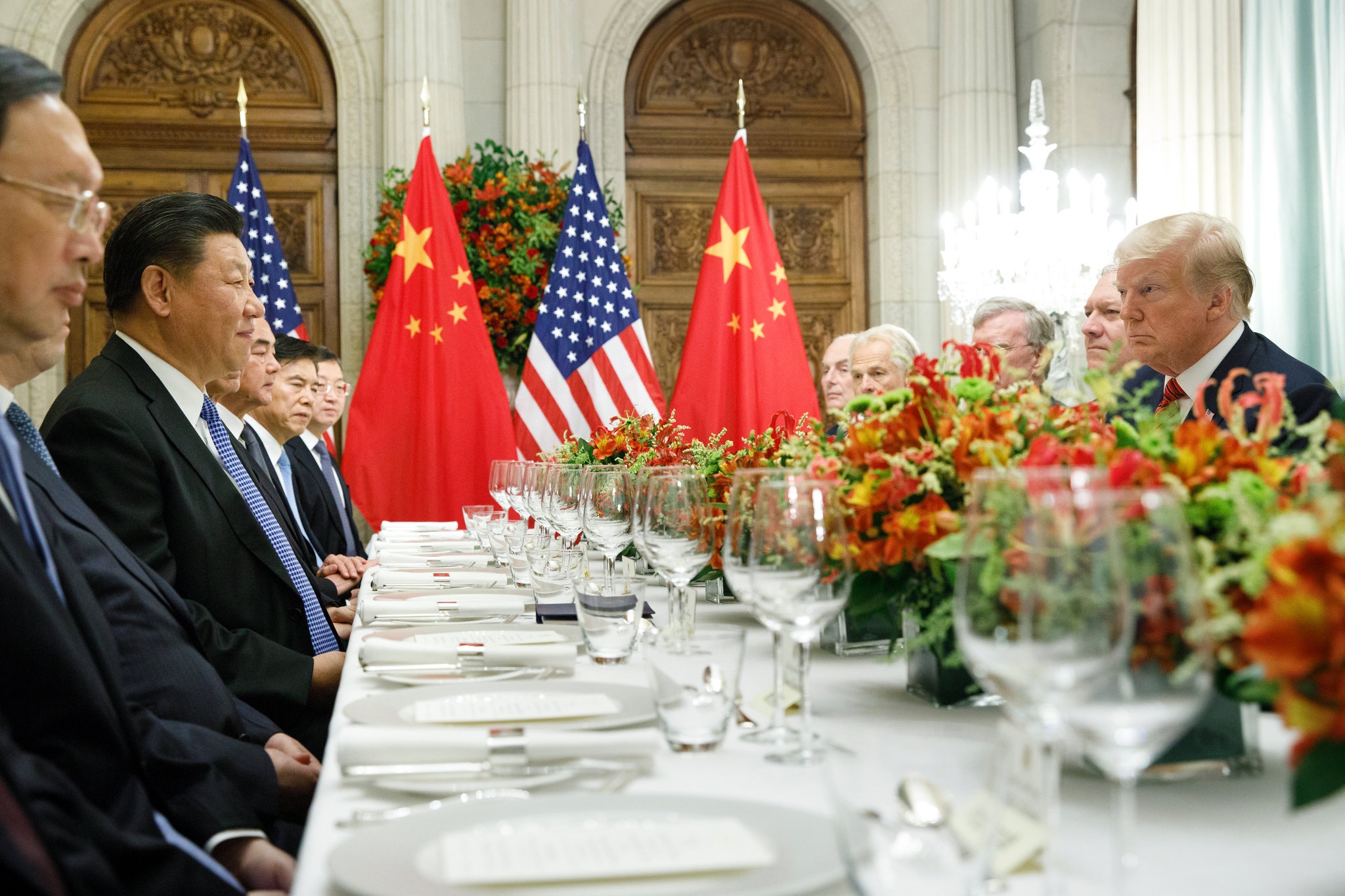 BUENOS AIRES — The United States and China called a truce in their trade war on Saturday after President Trump agreed to hold off on new tariffs and President Xi Jinping pledged to increase Chinese purchases of American products. The two also set the stage for more painstaking negotiations to resolve deeply rooted differences over trade.
The compromise, struck over a steak dinner at the Group of 20 meeting here and announced in a White House statement, was less a breakthrough than a breakdown averted. The two leaders remain far apart on basic issues of market access and trade policy, and there was no sign that either planned to back down on those.
Still, the handshake deal between Mr. Trump and Mr. Xi, after what the White House called a “highly successful meeting,” pauses what was becoming a headlong race toward economic conflict. It will reassure jittery financial markets, as well as American farmers, who worried about the fallout from a prolonged trade battle.
In a significant concession, Mr. Trump will postpone a plan to raise tariffs on $200 billion worth of Chinese goods to 25 percent, from 10 percent, on Jan. 1. The Chinese agreed to an unspecified increase in their purchases of American industrial, energy and agricultural products, which Beijing hit with retaliatory tariffs after Mr. Trump targeted everything from steel to consumer electronics….Read More at source (link in header) Mon Dec 3 , 2018
Back when this author was researching the story of Robert Lazar and Majestic 12, I kept coming across references to documentation in which the “aliens” referred to humans as “Containers”. Containers of what?  by Martin Harris This blog continues from: https://uncensored.co.nz/2018/11/25/el-ite-saturnic-rituals-the-faustian-bargain/ Before we take the plunge, there’s something we need […]