Back when this author was researching the story of Robert Lazar and Majestic 12, I kept coming across references to documentation in which the “aliens” referred to humans as “Containers”. Containers of what?

This blog continues from:

Before we take the plunge, there’s something we need to address: The Adrenochrome myth.

Adrenochrome in fact and fiction

In the Hollywood movie Fear And Loathing In Las Vegas, actor Johnny Depps’ character is introduced to the ultimate hallucinogenic wonder-drug, Adrenochrome:

Thanks largely to this movie, much discussion in the online world has taken place revolving around the alleged properties of this “drug”, and especially the suggestion that Adrenochrome is what the El-ite Satanists get from torture victims. Specifically it has been linked to the subject this exploration began with: The El-ite “black eye” mystery.

There is a problem. Adrenochrome as presented by Hollywood and adrenochrome in reality are very different.

Quite simply, it is oxidized adrenaline. It can be synthesized quite easily, but has little in the way of benefits except to stop intramuscular bleeding, and most certainly does not produce a “high” like a hallucinogenic drug. Nor does it prolong life. As far as the “black eye” connection goes, again this doesn’t pass the reality check: Adrenochrome overdose does however, cause black spots around the eyes. So here’s my theory on the El-ite Adrenochrome connection.

What they actually seek and get their “high” from is blood saturated in unoxidized “living” adrenaline. So the trick is to keep a victim alive, and in a maximum state of terror, for as long as possible. Once a victim dies, it is only a matter of minutes before the adrenaline oxidises and becomes adrenochrome. and then it takes a toll on the user. Adrenochrome poisoning is the price they pay for continuing to satiate themselves after the victim has expired.

You know what I’m talking about. All those weird fits and seizures:

The agents and minders accompanying Ms. Clinton are seen to be carrying something with which they inject her. An Epi-pen. Might explain why Hillary has devoted so much effort to make Epi-pens more affordable to US citizens who rely on these medication devices. They contain synthesized adrenaline. More importantly, if they expire the adrenaline oxidizes and becomes adrenochrome! Hillary may well have had exposure to andrenochrome and may be suffering as a result.

And it turns out the company that makes these Epi-pens is a Clinton Foundation donor! 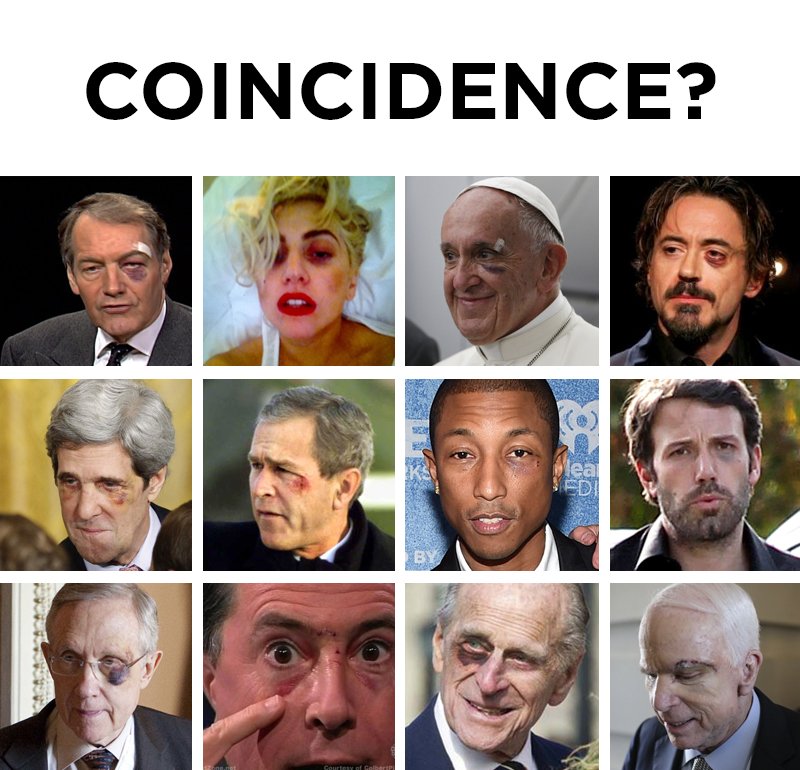 That, in a nutshell, is the fact and fiction of Adrenochrome and it’s connection to El-ite vampirism and satanic rituals. A Hollywood misdirection. Possibly deliberate?

The answer to the Black Eye Mystery lies elsewhere.

Why and How do they perform these evil acts?

This brings us back to the Faustian Bargain mentioned in the last instalment. How do these supposed humans do these things? This is the price of power and privelege. To be “of use” to the entities they deal with. Just like Akhenaten, but far more sinister.

Ralph Steiner: “Bob, you said you read in the document room some rather strange references to human evolution and the aliens’ role in human genetics. How did that come up, in what context? What was it you saw?”

Bob Lazar: “I hate to repeat this stuff. I say this every time I mention it, because I have no other proof it’s true, other than the fact that I read it; and I always follow that up by saying, yes, everything I read about the propulsion system turned out to be fact. But it’s really far-fetched, and even though I did work with alien technology on flying saucers, I still find it difficult to come to grips with the physical alien thing in itself. But as far as where that came from, yes, there was a book that was almost like a history of the development of the human race. It was written from a different point of view. I don’t think that particular thing had a title to it. But that’s where we were referred to as ‘containers.’ Any time the word ‘human’ came up, it was always replaced with the word ‘containers.’ Earth was referred to as Sol 3 instead of earth. It was a strangely written report.”

Michael Lindemann: “What do you think the word ‘containers’ referred to?”

BL: “That referred to people. Now, containers of what, I don’t know. You can speculate on that until you turn BLUE.”

They are not themselves when they do these things because they are loaning their bodies to entities who have long since lost their physical form. Entities who were never human to begin with, but Saurians.

This is what is meant, I believe, by the term “Containers”.

Thanks to high-exposure presenters and truthseekers, especially David Icke, even most of the general public have had some exposure to this idea, albeit through the distortions and misrepresentations of the mainstream media

. Take a look at these politicians and celebrities: Are they “damaged containers”?

So, how does a disembodied entity enter a human container?

How do these Celebrity containers converse with their masters?

The reception point, as all Icke fans will know, is the “Reptilian Brain”. Also referred to  as “dinosaur brain”!

In addition to our most basic needs, the basal ganglia also governs several other functions, such as motor control, balance, habits, learning through cause and effect, eye movements, fear etc.
Because it’s only concerned with our survival and the reproductive success of our genes, it will motivate us to always be as efficient with our evolutionary strategies – to move away from pain towards pleasure. This means that the reptilian complex subconsciously determines our decisions, making us find out the most cost-effective solution to our behaviors.

So much for the science and psychology, but an actual lizard controlling your Ego?

Clearly, no matter how much one may be running on autopilot, vampirism and torture are not a regular human being’s idea of self gratification. But who is to say what an evolved Saurian might find pleasurable? Many Ornithiscian dinosaurs were active hunters and carnivores. Adrenaline soaked blood might be an incredible aphrodisiac to such a being. Is it any wonder that the most famous vampire is associated with “the Order Of Dracul” (Draco=Dragon)? Or that many ancient civilizations made blood sacrifices to their deities? And what better place for a disembodied lizard to enter one’s consciousness than the place where mammal and reptile share common brain function? And it cannot be a coincidence that so many Elites, celebrities and royals actually trace their ancestry to Vlad the Impaler! 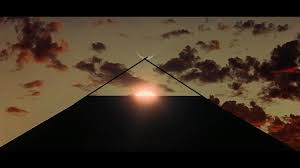 Being randomly possessed by a spirit or even random contact via a device such as a Ouija Board, is one thing, but actually making specific contact and connection must surely require special tools and mental focus. Assuming these specific entities are imprisoned in Saturn, one might require the planets to be aligned in certain ways, which might go a long way to explaining the El-ite and occult obsession with astronomical and astrological symbolism and ceremony. Simply a matter of good reception!

So once everything is in it’s proper place astronomically, how would one open a channel? With channeling of course. 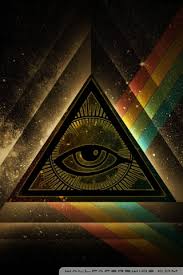 The infamous eye-and-prism symbol featured in the introductory episode of this blog.

Yes and no. There’s more to the picture than that. Much more.

Antarctica is the key.

I am going to explain why I believe all these El-ites are obsessed with making pilgrimages to Antarctica and the data that backs up this author’s theory is, I believe, quite compelling!

Gateway To Saturn: The Antarctic Mystery