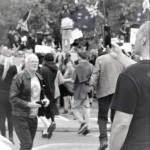 He Puapua, Three Waters and Racial Segregation: What Can YOU do?

The Whitewashing of Waukesha

Celebrate every victory and build on it, people!...

He Puapua, Three Waters and Racial Segregation: What Can YOU do?

Our government seems intent on discrimination and division...

What you've got to look forward to New...

The Whitewashing of Waukesha

How to Make a Black Terrorist White. By...

What Your Doctor Won't Tell

UNCENSORED News Magazine has been among the best-selling alternative magazines throughout Australia and New Zealand for over 15 years. We’ve achieved this by being one of the few remaining alternative news sources willing to publish the articles that mainstream media either censors, misrepresents or altogether avoids.

Well established among Alternative News Websites, Uncensored Publications is a completely independent enterprise, having no affiliation with or alliance to any religion, political party, advertiser or corporation. Consequently, we are free to confront even the most controversial issues and challenge dubious actions with hard-hitting questions in order to provide honest news to an increasingly deceived society that deserves a truly uncensored media platform.

We work vigilantly to expose governmental and corporate corruption and the erosion of our precious individual rights and freedoms. Furthermore, we contend that even the most controversial issues should be publicly disclosed and discussed and the freedom to engage in such debate is the very cornerstone of a truly democratic society.

The process through which one discovers that entities exist whose intentions directly oppose their best interests is unique for every individual. The only common denominator being their willingness to at least try what they’ve been missing. As such, we invite you to take a sip and Think for Yourself!