Here at Uncensored, we put family and friends ahead of business and profit: If a family member is ill or in distress, business can wait and money can be regained, but people can’t.

There is an over-used saying in the business world that “No one is irreplaceable”. Utter bull. There are more than 7 billion humans currently extant, and no two are the same. Fred Hollows, a man who specialised in restoring sight to those blinded by eye ailments in poverty stricken environments, once said that he believed a basic attribute of humanity is that we look after each other. What can be said then of investment bankers Goldman Sachs? 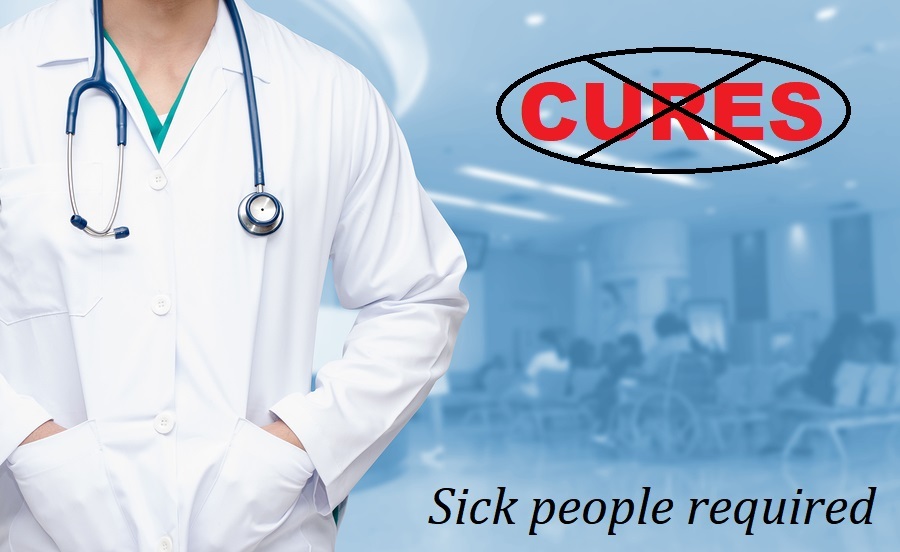 A report in the latest issue of Uncensored Magazine caught my attention because it indicated that Goldman Sachs were advising their Biotech clients to put profit ahead of cures.

In the grand scheme of things, prolonging the suffering and misery of patients is detrimental to the prosperity of society in the main. A happy, healthy cured person is more likely to be constructively contributing to society. But of course that doesn’t help Big Pharma, does it?

These inhuman monsters want to put “recurring revenue” ahead of curing serious illnesses. Read the article for yourself: 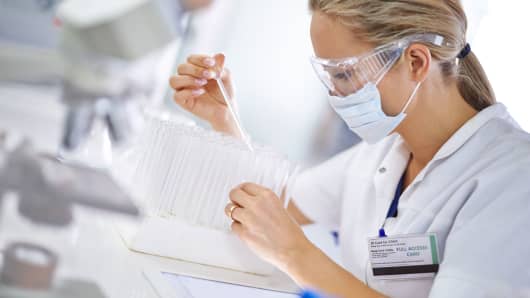 Goldman Sachs analysts attempted to address a touchy subject for biotech companies, especially those involved in the pioneering “gene therapy” treatment: cures could be bad for business in the long run.
“Is curing patients a sustainable business model?” analysts ask in an April 10 report entitled “The Genome Revolution.”
“The potential to deliver ‘one shot cures’ is one of the most attractive aspects of gene therapy, genetically-engineered cell therapy and gene editing. However, such treatments offer a very different outlook with regard to recurring revenue versus chronic therapies,” analyst Salveen Richter wrote in the note to clients Tuesday. “While this proposition carries tremendous value for patients and society, it could represent a challenge for genome medicine developers looking for sustained cash flow.”

Richter cited Gilead Sciences’ treatments for hepatitis C, which achieved cure rates of more than 90 percent. The company’s U.S. sales for these hepatitis C treatments peaked at $12.5 billion in 2015, but have been falling ever since. Goldman estimates the U.S. sales for these treatments will be less than $4 billion this year, according to a table in the report.
“GILD is a case in point, where the success of its hepatitis C franchise has gradually exhausted the available pool of treatable patients,” the analyst wrote. “In the case of infectious diseases such as hepatitis C, curing existing patients also decreases the number of carriers able to transmit the virus to new patients, thus the incident pool also declines … Where an incident pool remains stable (eg, in cancer) the potential for a cure poses less risk to the sustainability of a franchise.”
The analyst didn’t immediately respond to a request for comment.
The report suggested three potential solutions for biotech firms:

“Solution 3: Constant innovation and portfolio expansion: There are hundreds of inherited retinal diseases (genetics forms of blindness) … Pace of innovation will also play a role as future programs can offset the declining revenue trajectory of prior assets.”

Fri Jun 1 , 2018
“Anyone who genuinely cares about New Zealand’s wonderful environment can not help but be horrified at the tale that is told.” “This informative and well researched book by Fiona McQueen drives a hole through the New Zealand Department of Conservation’s mantra that the deadly and indiscriminate 1080 poison is necessary […]